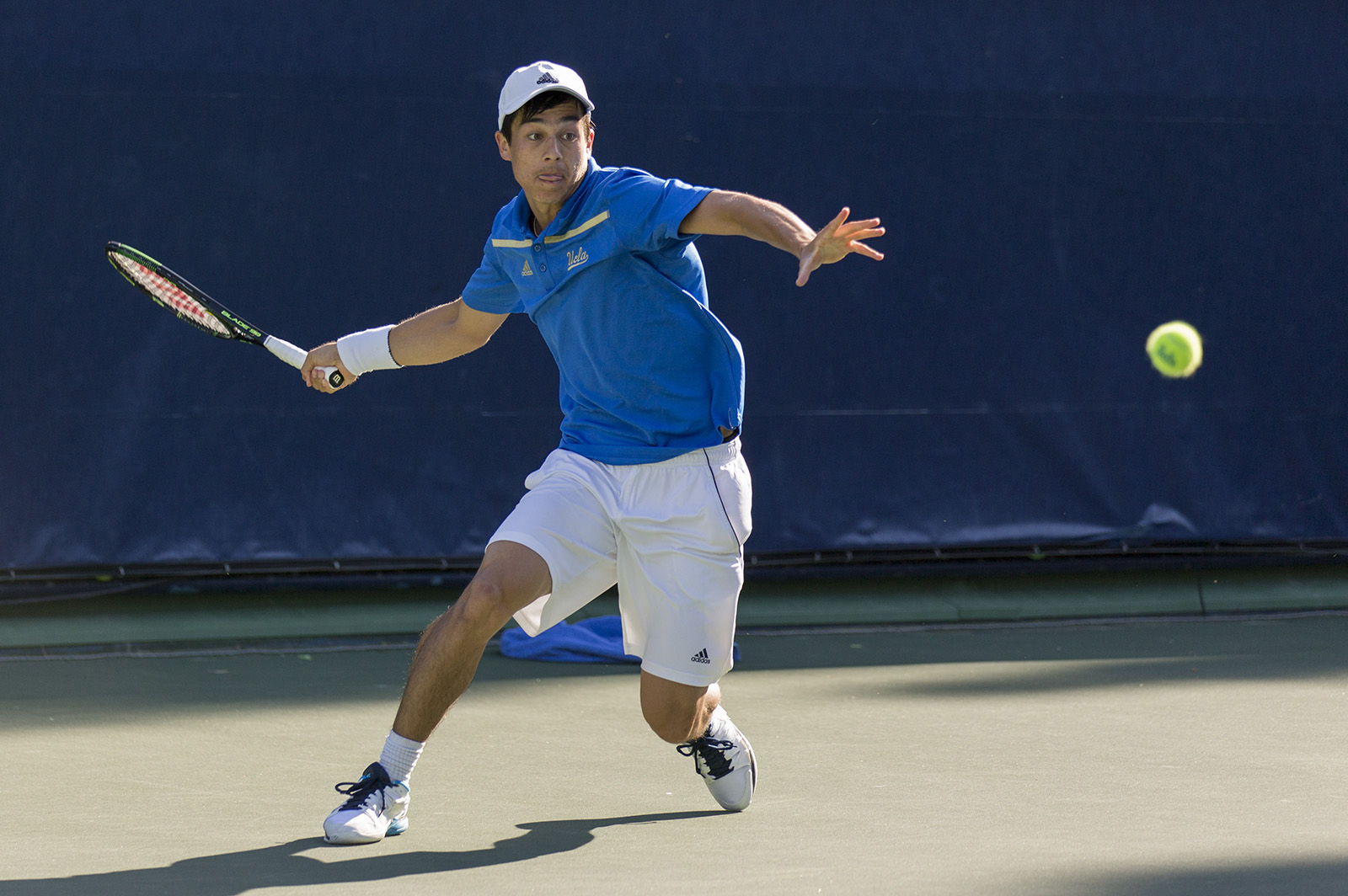 Former Bruin Mackie McDonald recently made it to the final round of the RBC Tennis Championships in Dallas, Texas. The Piedmont,
California native spent three years competing for UCLA before eventually deciding to begin his professional career. (Daily Bruin file photo)

If members of the UCLA men’s tennis team want to see what their future could potentially look like, one role model has stood out in recent weeks.

Former Bruin Mackie McDonald made a name for himself in the professional circuit in January after earning his first Grand Slam victory in the Australian Open’s round of 128. The No. 158-ranked McDonald also recently reached the final round of the RBC Tennis Championships in Dallas on Saturday, ultimately falling to Kei Nishikori of Japan 6-1, 6-4.

“(McDonald) had another great tournament, playing a tournament down in Dallas this last week and making it to the finals,” said coach Billy Martin. “(It’s) another great statement for (McDonald) and I think it’ll just show him and the tennis world that he’s going to be a top player. The future will be very bright for him.”

McDonald competed for the Bruins from 2013 to 2016, filling the first singles and first doubles positions during his time in Westwood. The Piedmont, California, native was a three-time singles All-American, 2016 NCAA Singles and Doubles Champion and the first men’s player in 15 years to sweep the NCAA individual titles.

McDonald chose to forego his senior season, opting to take on the professional circuit instead.

With his recent success, McDonald has been demonstrating to younger Bruins that professional aspirations are achievable after leaving Westwood.

“The whole team is following his results and we’ve been following all his previous tournaments,” said junior Maxime Cressy, who was McDonald’s former roommate in 2013. “It’s really fun to see him do that well in the pro circuit, and it always gives us hope for the future too – if he can do it, we can do it too.”

The No. 6 Bruins are currently touting a 6-1 record, who dropped their first match Sunday after a narrow 4-3 loss to No. 10 Stanford. UCLA’s next big challenge will be the ITA Division I National Men’s Team Indoor Championships.

“It brings a lot of motivation and a lot of belief in our team and in our abilities, and it makes us believe it’s possible,” Cressy said. “(McDonald’s) obviously having a really huge positive impact on our mentality.”

Sophomore Evan Zhu spent fall quarter competing in professional tournaments, and said he had met McDonald at several tennis competitions as a result.

“Seeing (McDonald) doing really well – it’s great for him, but I think it’s also giving me and my team extra motivation and belief that we can do it,” Zhu said. “There are other (former UCLA) players that are doing well too. I think it gives us the belief and the trust in the program that it will help us improve the most so we can do well on the pro tour, as well as college tennis.”

Martin has a number of talented players this year who could potentially follow McDonald’s footsteps, most notably senior Martin Redlicki, who came into this season ranked as the top player in the country.

Redlicki was named 2016 NCAA Doubles Champion with McDonald as his partner, and 2017 Pac-12 Doubles Team of the Year after teaming up with Zhu.

“As I get older, it’s a real highlight for me,” Martin said. “To see our former players do well, (for whom) I feel we had, I had, UCLA had some part in their development. It’s a really exhilarating feeling.”