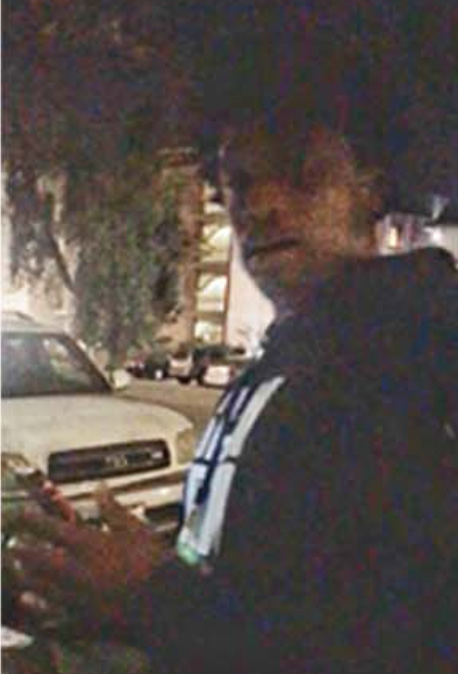 University police are searching for a man who allegedly sexually battered a UCLA student Monday morning. He was last seen wearing a black sweater with the words “San Francisco” written on it. (UCPD)

University police are searching for a man who allegedly sexually battered a UCLA student Monday morning.

The student was walking on Gayley Avenue at 12:58 a.m. when she was sexually battered, according to a UCPD alert. She confronted the man and recorded him on her cellphone, but he grabbed her phone. The man then returned the phone to her before entering a gray Nissan sedan with dark tinted windows and drove southbound on Gayley Avenue, according to the alert.

UCPD described the man as black, in his early 20s and 6 feet tall. He was last seen wearing black sweatpants, athletic shoes and a black sweater with “San Francisco” written on it, according to the alert.

UCPD advises students to report any suspicious activities to the police and to avoid walking home alone at night.

The case is still under investigation. Anyone with information about this case can call UCPD at 310-825-1491.