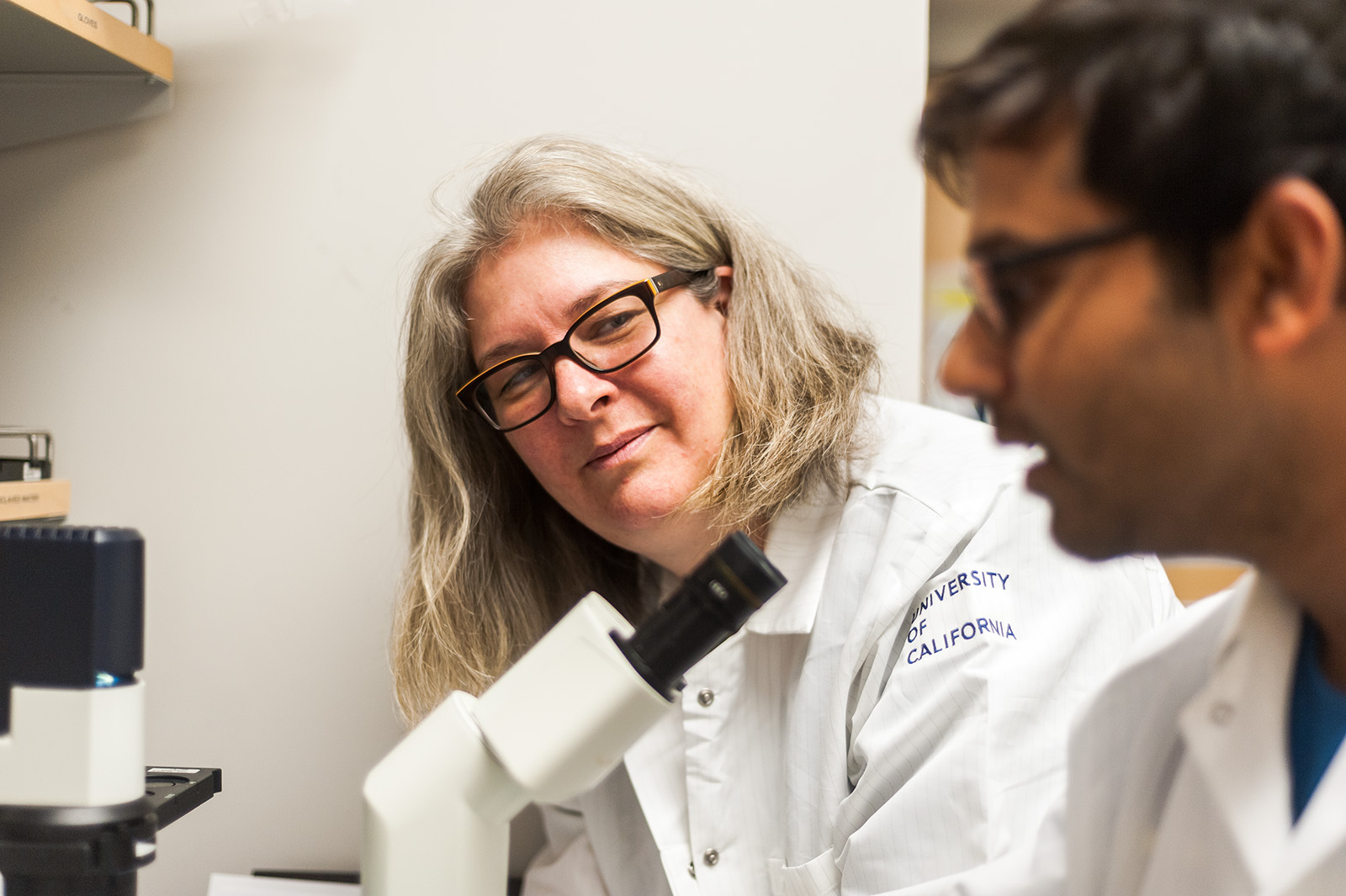 UCLA researchers established a way to derive sensory interneurons, which are cells involved in reflexes and relaying sensory information to the brain, from stem cells. (Anthony Ismail/Daily Bruin)

Stem cells are young cells that can differentiate, or mature, into specific cell types, such as blood cells or neurons, according to the National Institutes of Health. Learning how to differentiate stem cells into specific neuron types is important for some therapies for spinal cord injuries that replace old or damaged tissues with young and healthy cells, according to the study.

Spinal cord injuries cost $40 billion in health care annually in the United States, according to the study. Current therapies focus on protecting the spinal cord from further damage, while stem cell therapies have the potential to reverse and repair damage by replacing damaged cells with new ones.

Samantha Butler, a professor of neurobiology and senior author of the study, said sensory interneurons are involved in fast reflexes, like moving your hand away from heat. They process information and either react immediately or pass the information to the brain for further analysis, she added.

“We saw that BMP4 gave the most robust results,” Del Castillo said. “The other BMPs gave very low levels of sensory interneurons.”

To understand their poor results, Sandeep Gupta, a postdoctoral researcher in The Butler Lab, started to genetically characterize stem cells as they differentiated into neurons, Butler said. Gupta found that there was only a narrow window of time where adding BMP4 would actually cause the stem cells to differentiate.

“Gupta found the right point to add the (differentiation) signal,” Butler said. “You have to catch the stem cells at the right time.”

The researchers plan to make the process more efficient so they can turn more stem cells into neurons that can be used in stem cell-based therapies, Butler said. She added that using the current method, only about 35 percent of stem cells matured into the desired type of sensory interneuron.

“The protocol defines a set of rules for differentiating stem cells into neurons, but we still lack the mechanistic detail,” Gupta said. “Once we have understood that, we can make a pure neuron cell culture, not mixed, for (stem cell therapies).”