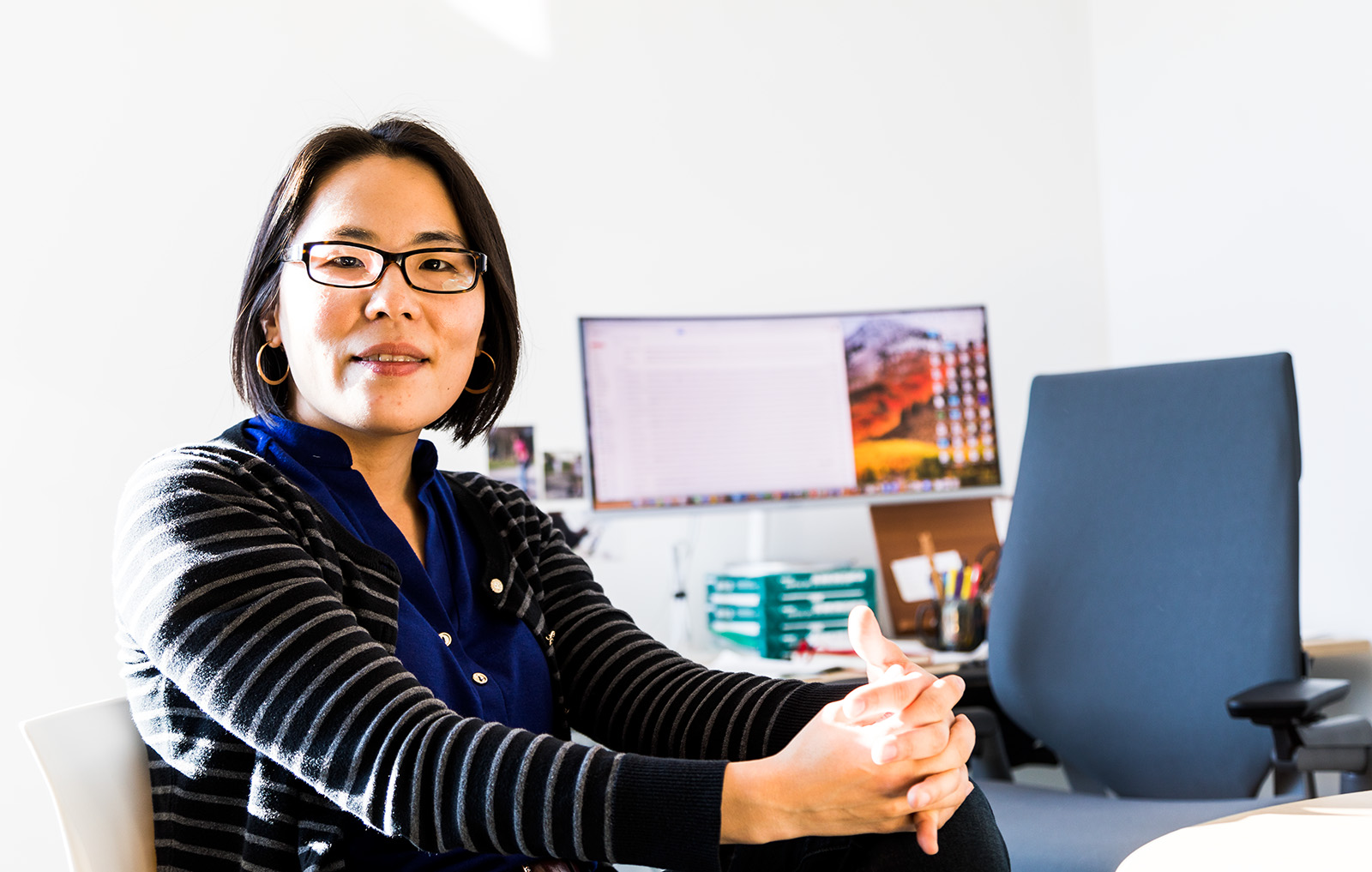 Miryung Kim, an associate professor in computer science, said the Mommy Computer Science Camp was inspired by the curiosity of her 4-year-old daughter. The weeklong camp teaches computer science concepts to preschool children without the actual use of computers. (Daniel Miller/Daily Bruin)

For example, Kim teaches the concept of binary search trees, which are data search structures that store information and allow people to quickly search for items in a data set. When she asked the children what kind of trees they liked, however, they responded that they liked rainbow and fruit trees. Kim decided to combine these answers with computer science concepts, and the children constructed their own binary search trees on paper, replacing data with numbered owls.

“This activity is actually based on materials I teach at the undergraduate level,” she said.

Kim said she was inspired to create the program because her 4-year-old daughter is curious about computer science and was always interested in her job. Parents attend the camp alongside their children.

“The kids don’t even think that they’re learning computer science; they’re just playing a fun game,” he said. “It makes you realize that kids can do a lot more than you might think.”

Kim said she thinks it is important to encourage women to pursue careers in science and thinks computer science education should begin before children have preconceived notions of what computer science is.

“As a female faculty member in a male-dominated field, I am more sensitive to gender bias in the computer science field,” she said. “One of the ways to address this problem is to reach out to children who are very young.”

Kim said she hopes to expand the program into the academic year, and plans to hold the camp again in the upcoming summer. She added she is also working with the New York City Department of Education to develop a curriculum for preschool students.

Ravi Gadhia, another parent whose son has attended the camp, said he is excited for the camp’s return so he can continue to share his love of computer science with his sons, Ronin and Leikh.

“After the camp concluded, Ronin and I spent some time on the computer at home,” he said.

Kim said she enjoys sharing her passion for computer science with her daughter in ways other than simply watching videos on an iPad. In the camp, the children have the opportunity to use common toys, such as colored blocks, to learn about abstract scientific topics. For Kim, watching her daughter enjoy her field of study is the most rewarding aspect.

“If she went into computer science, I would be very proud and excited,” she said. “But I certainly hope that she decides to do something she’s passionate about, and she finds the same kind of creativity in her field.”