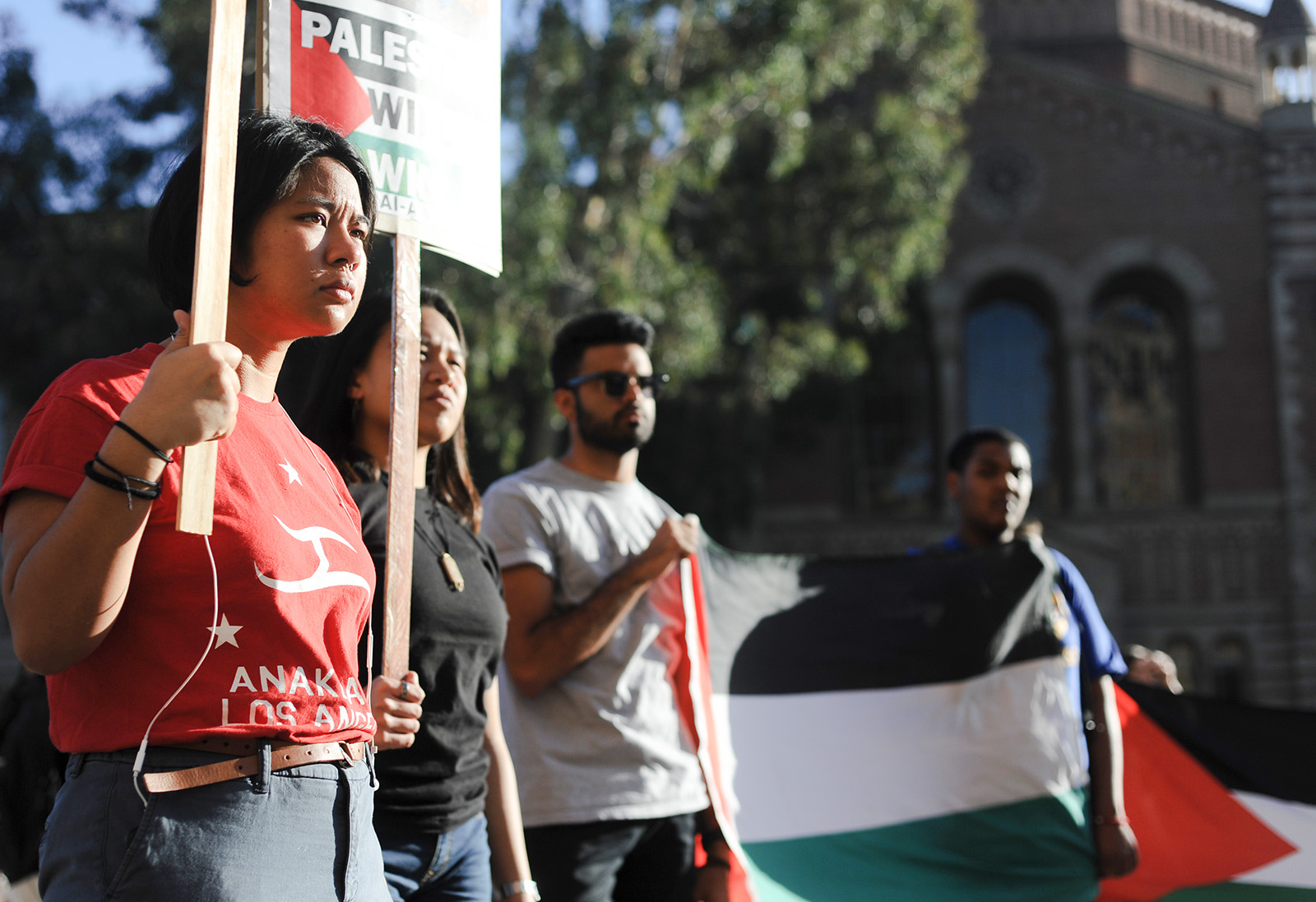 Around 25 people demonstrated outside Royce Hall on Wednesday afternoon to protest the arrest of Palestinian activist Ahed Tamimi, who faced charges from Israeli authorities this week after a video of her assaulting an Israeli soldier stationed outside her home was posted on social media. Tamimi’s military trial was originally scheduled for Wednesday but was postponed by an Israeli court. Kareem Youssef, a graduate student who participated in the protest, said the protest also aimed to condemn the Israeli government’s actions in regard to the situation and to draw attention to the imprisonment of Palestinian children.