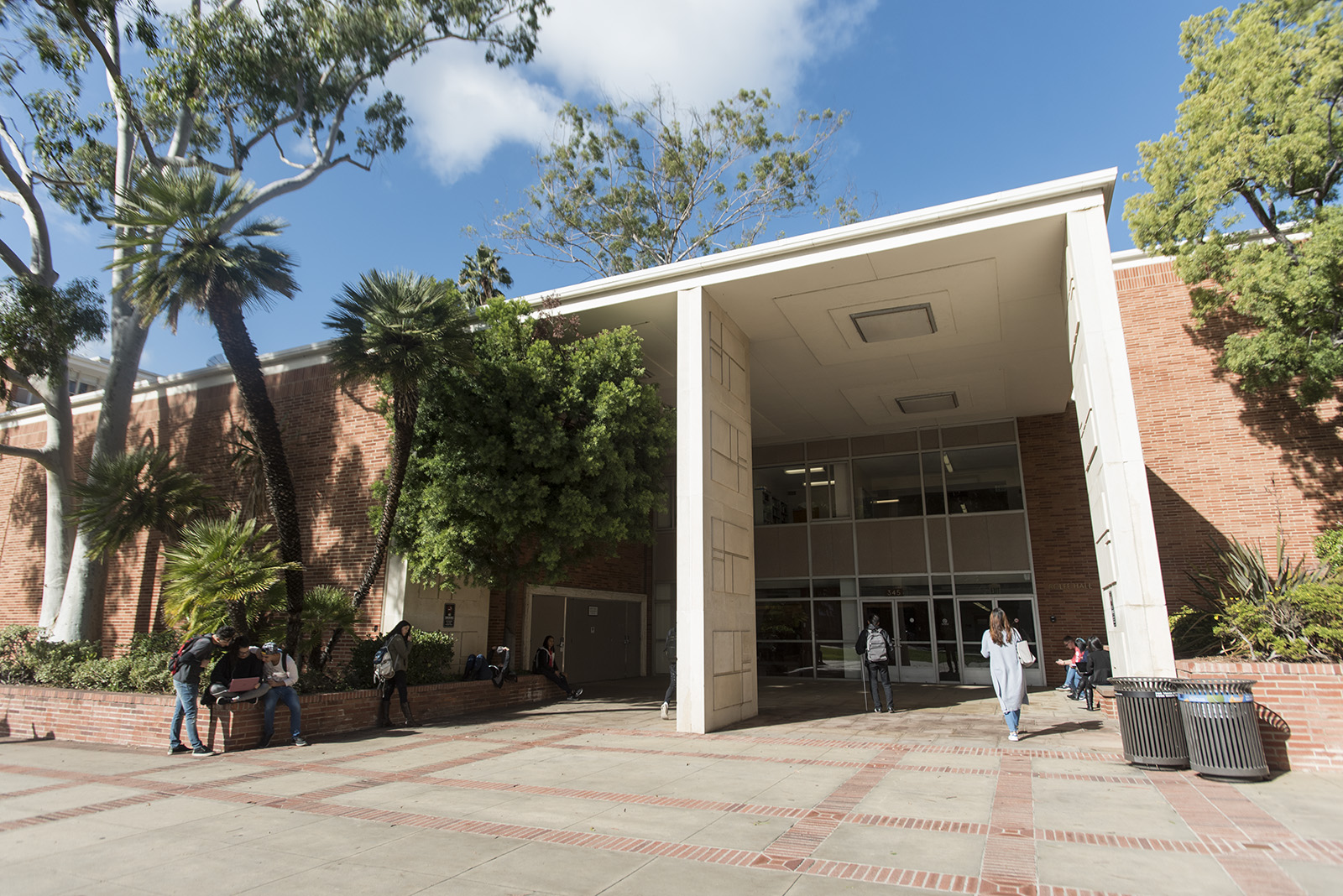 The Department of Education’s Office for Civil Rights launched a investigation into UCLA following a complaint that alleged the communication department misused the Title IX process. (Daily Bruin file photo)

A graduate student is accusing the communication department of misusing the Title IX process to threaten him.

The Department of Education’s Office for Civil Rights opened an investigation into UCLA on Wednesday for possible sexual harassment under Title IX, a department spokesman said. The investigation follows a complaint filed on behalf of Justin Gelzhiser, a Ph.D. candidate in the Graduate School of Education and Information Studies, which claims the communication department staff threatened to report Gelzhiser to the Title IX office unless he left his teaching assistant position in the department.

UCLA spokesman Ricardo Vazquez said the university will respond to any inquiry it receives from the Department of Education’s Office for Civil Rights and added the Title IX office processes all allegations of sexual harassment and sexual violence carefully and impartially.

Gelzhiser said he thinks he was targeted by the communication department because he sent a letter in support of former communication lecturer Keith Fink on June 5 to Laura Gómez, then-interim dean of social sciences. Fink, who had been undergoing a review process, was notified by Gómez on June 27 that his contract would not be renewed.

“The Department of Communication wanted to get rid of me because they had just got rid of (Fink), who they didn’t want anymore,” he said.

More than a week after Gómez terminated Fink’s appointment, on July 13, Gelzhiser met with communication department staff, who he said told him a student accused him of inappropriate behavior. Department staff also questioned him about his sexual history and said they would report the claim to the Title IX office unless he left his teaching assistant position, he said.

“They threatened me – they said, ‘If you don’t leave the department, this could destroy your career,’” Gelzhiser said.

Kerri Johnson, chair of the communication department, said she is confident faculty and staff in the department follow all proper Title IX procedures. Johnson added that while she cannot comment on Gelzhiser’s allegations, staff are obligated to immediately report sexual misconduct allegations to the Title IX office.

After the department did not renew his TA contract, Gelzhiser said he filed a union grievance and now works for the sociology department.

“I’m a great TA, academically 4.0 – so there’s no reason for them not to rehire me,” he said. “Why would they not want to rehire their highest-ranked TA in 10 years? Because he’s connected with (Fink).”

Gelzhiser said that several months later in a meeting with administrators relating to his union grievance, he learned that the department filed a Title IX complaint against him. In November, Gelzhiser said he met with UCLA Title IX coordinator Mohammed Cato, who told him the office dropped the case against Gelzhiser because the alleged victim did not respond to them.

“That’s lies – if a student says she’s being abused by a professor on campus, but she doesn’t follow up on it, (the investigation) just dies?” he said. “Of course not – the university has an obligation.”

Alexander Stremitzer, a law professor who serves with Gelzhiser on the Academic Senate’s Committee on Academic Freedom, said he asked Jerry Kang, vice chancellor of Equity, Diversity and Inclusion, under which the Title IX office operates, to provide Gelzhiser with more information about whether and when the Title IX complaint was filed against him.

Stremitzer said he thinks the university should investigate whether staff at the communication department abused the Title IX process. He added he thinks there is a lack of resources available for individuals accused of Title IX violations and said he helped Gelzhiser to make sure his due process rights were respected.

“It’s sex discrimination what they did to me. As a male, 99 percent of the time you’re going to run,” he said. “You don’t have rights.”

Vazquez said the Title IX office does not condone any manipulation of its investigatory processes.

Gelzhiser said he hopes the Department of Education’s investigation forces the university to release more information about his case.

“It’s been emotionally, physically and spiritually exhausting for me,” he said. “I’m not intimidated by UCLA – I’m doing this so that it will provide greater safety for members of the UCLA community.”