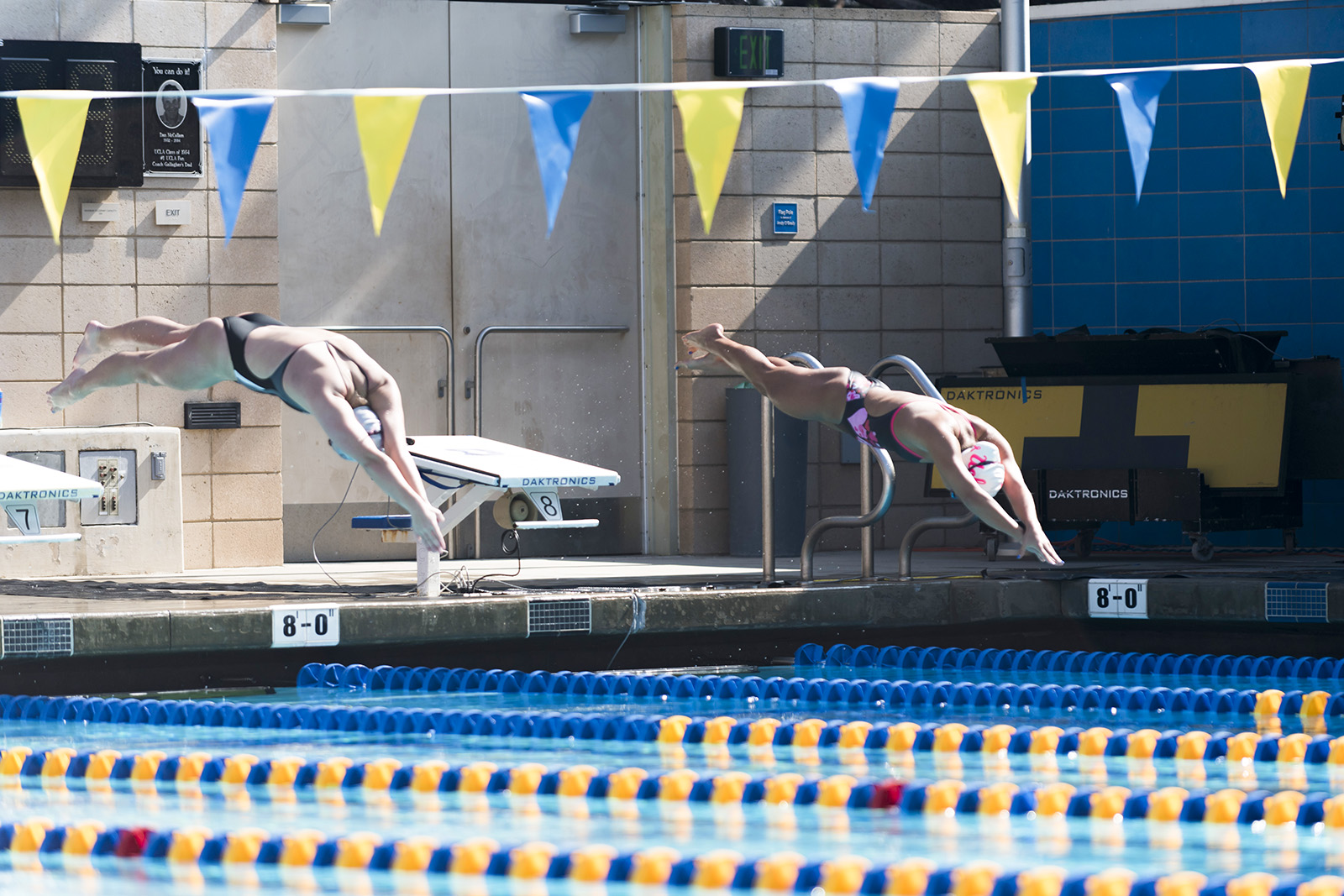 UCLA swimming and diving fell to two undefeated opponents this weekend – No. 3 Stanford on Friday and No. 5 California on Saturday. (Andrew Arifin/Daily Bruin)

The Bruins came away with only two overall wins in swimming events over the two days, with sophomore Kenisha Liu winning the 100-yard freestyle against the Cardinal and junior Emma Schanz taking the 200-yard breaststroke versus the Golden Bears.

With a lot of close second and third place finishes, swimming Coach Cyndi Gallagher emphasized that even though they lost the meets, competing against high-ranking teams can be helpful in figuring out what her team can work on.

“We’re happy for the great competition because it makes us better, and we can see what they do well and go ‘okay, we need to work on this,’ or ‘we really nailed that one, that’s really good,’” Gallagher said. “We want to be good in everything, not good in one or two things.”

In diving, senior Ciara Monahan took first place in the 1-meter event and second on 3-meter Friday and placed second on both events on Saturday. Diving coach Tom Stebbins said Monahan did a great job working through being sick this weekend to perform well in her events.

“She was really sharp yesterday on 1-meter,” Stebbins said. “I thought she made a small mistake on 3-meter and that’s what cost her yesterday. Today she was really good again, but just wasn’t quite as clean as she was yesterday.”

Discussing facing two top-five teams in one weekend, Gallagher said that she wanted the team to avoid focusing on their opponents, instead concentrating on themselves and what they can do.

With the swimming team competing at home together for the first time since October, the Bruins had a strong home crowd cheering on the team during both days of competition.

Looking ahead to a meet against rival No. 13 USC (6-2, 3-2) in two weeks and the Pac-12 championships in February, Gallagher said everyone on the team had something to work on to improve on their performances.