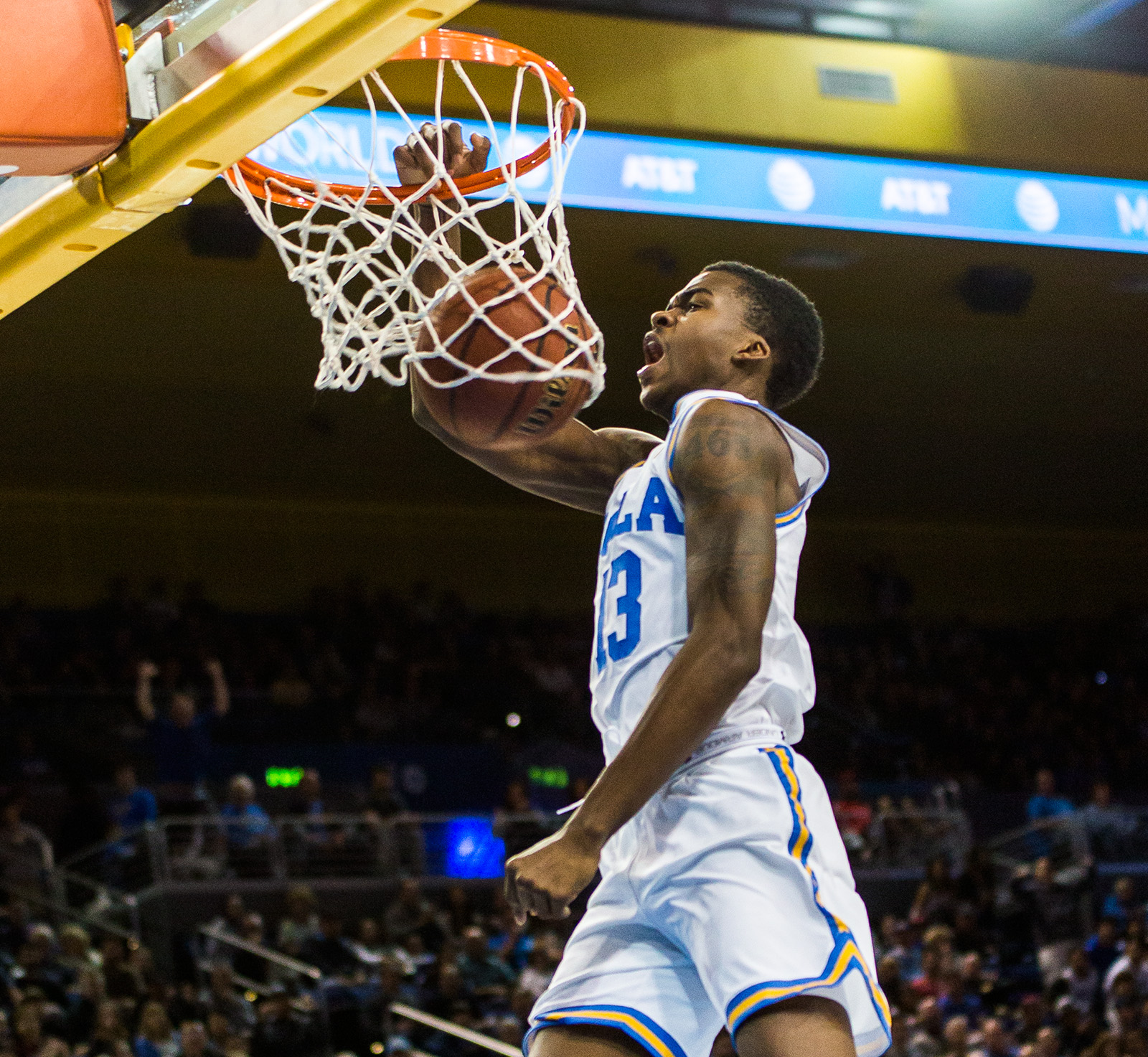 Freshman guard Kris Wilkes threw up 18 points Saturday night, second only to junior guard Aaron Holiday’s 21. Wilkes shot six-of-seven from the field, sunk both of his 3-point attempts and nailed all four of his free throws. (Kristie-Valerie Hoang/assistant Photo editor)

This time the lead was large enough.

UCLA raced out to a double-digit advantage for the second time against Stanford this season, but there would be no Cardinal comeback Saturday night.

“We were hyped up to play,” said redshirt sophomore guard Prince Ali. “We felt like we owed them this game.”

Unlike the two teams’ meeting earlier in January – in which Stanford overcame a 12-point deficit with under six minutes remaining – UCLA’s lead dipped no lower than 11 points in the second half and rose as high as 22 points.

The hosts’ ball movement was on display as coach Steve Alford’s squad whipped passes in transition. Midway through the second half, freshman guard Jaylen Hands looped the ball under his right leg before lobbing it from near half court to fellow freshman guard Kris Wilkes for an alley-oop layup.

“I got the rebound and I saw (Wilkes) running,” said Hands, who set a career high with 10 assists. “And I remember I had a lot of space, so I was like, ‘I have to do something crazy.’”

It wasn’t the only acrobatic aerial display by the Bruins.

Moments earlier, Wilkes jumped an interior passing lane, stole a Stanford pass and sprinted down the length of the court for a windmill dunk that sent the crowd into a frenzy.

Count his coach as a fan of his team’s high-flying action.

“As somebody who didn’t play above the rim, I like seeing the dunk attempts,” Alford said. “ It’s all about loving the game and having fun with it. But obviously it’s a lot better if you can execute it.”

Wilkes was one of the four Bruins who scored in double figures, led by junior guard Aaron Holiday’s 21 points. Holiday was instrumental during a 14-0 UCLA run near the end of the first half. He scored 7 points and assisted on the three other baskets as the Bruins built a double-digit lead.

Senior center Thomas Welsh, who suffered a left knee sprain against California two days earlier, played 31 minutes and picked up his 13th double-double of the season with 13 points and 10 rebounds. Wilkes and Ali added 18 and 16 points, respectively.

“We lost game one against them because we couldn’t make foul shots, and today we were 23 for 25,” Alford said. “And we won the rebounding war – we haven’t done that in a while. So this was a good week for us.”