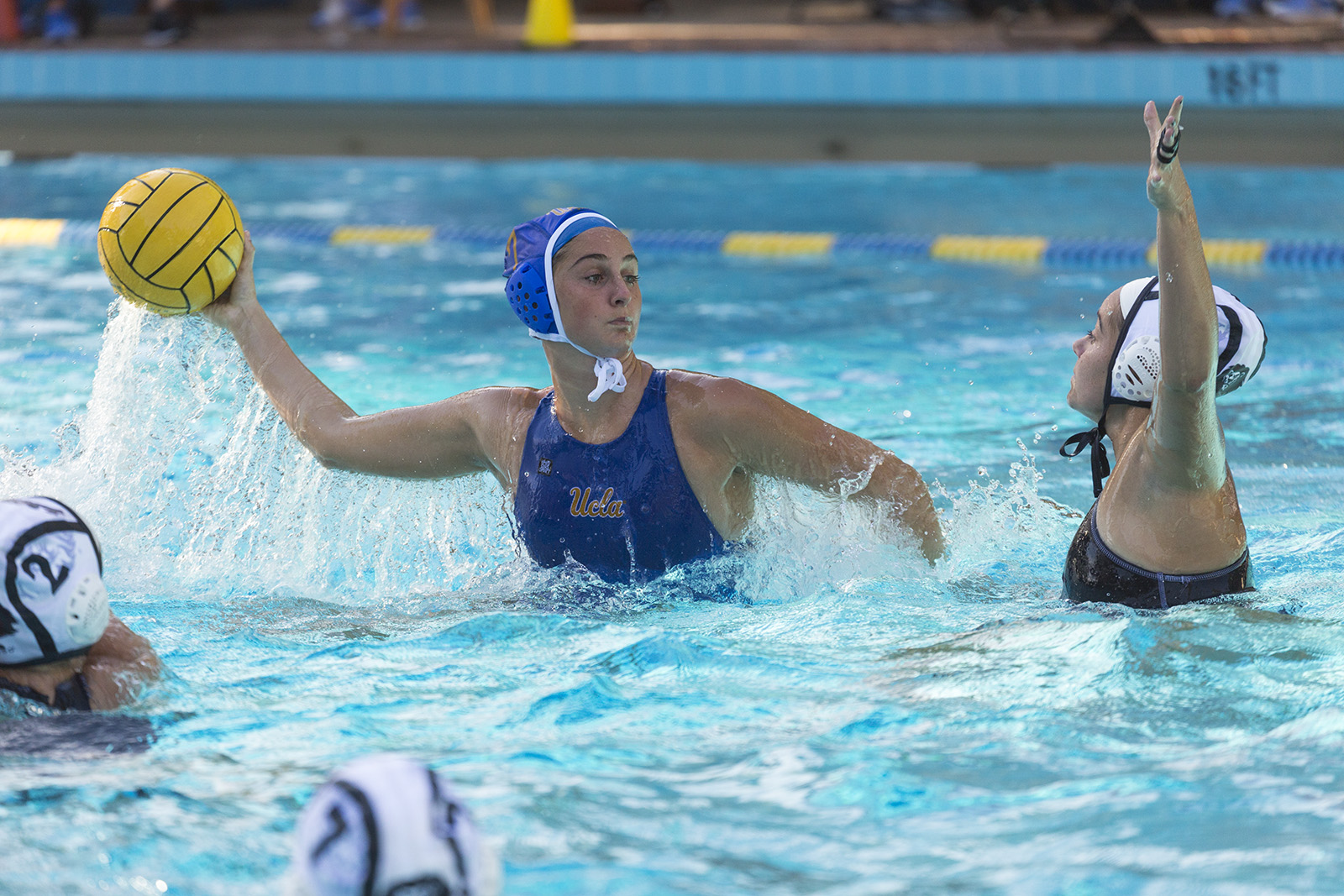 Only five games into the 2018 season, nine UCLA women’s water polo players have already scored at least three goals after two weekends of play. The Bruins have used these early season games as an opportunity to give a variety of athletes playing experience before the schedule starts to heat up toward the middle and end of the year. (Keila Mayberry/Daily Bruin staff)

UCLA women’s water polo has snagged five wins this season, and it hasn’t just been because of Olympians such as Maddie Musselman.

“I think everyone played a part in multiple facets of the game and in different positions and different plays,” said sophomore attacker Musselman. “I think different people stood out.”

Last weekend at the UCSB Invitational, 16 out of No. 3 UCLA’s (5-0) 25 players scored goals, showing how much depth coach Adam Wright has to work with in his first year on staff with the women’s water polo team.

“Most of our players, this is their real first time playing in games, for a good majority of them. And that’s OK,” Wright said. “You have the opportunity to get other people experience and see different people play with different people, and we’re changing the lineups up, and it will be very important for us down the stretch, down at the end of the season.”

Wright, along with various players, emphasized how the depth of the team has been a central part to its development. Wright said this weekend was a great time for his players to get the playing time they needed.

At this point in the season, nine athletes have scored at least three goals.

“I think a lot of people got some really good experience and worked on what we were working on in practice,” said senior attacker Nicole Reynolds. “And we’ll just continue on the path that we’re going on.”

Musselman has noted how great it is for all of the players to get experience playing in a game, allowing everyone to be ready when her time is called. Wright said he wants to get as many players experience as possible, which is especially important given the lack of depth of experience.

Throughout the weekend, the Bruins scored a total of 45 goals, only letting in a total of 17 goals. UCLA’s best scoring game was against Fresno Pacific (0-4), leaving the final score at 21-4.

“We’re going to stay on the same path. We don’t expect perfection now, at this point in the season,” Reynolds said. “We’re just staying consistent and working every day to get better at being consistent, being efficient in the water. I think that’ll go a long way with any team, keeping our fundamentals and, no matter who we’re playing, staying consistent.”

UCLA will travel to Michigan to play in their invitational this weekend.