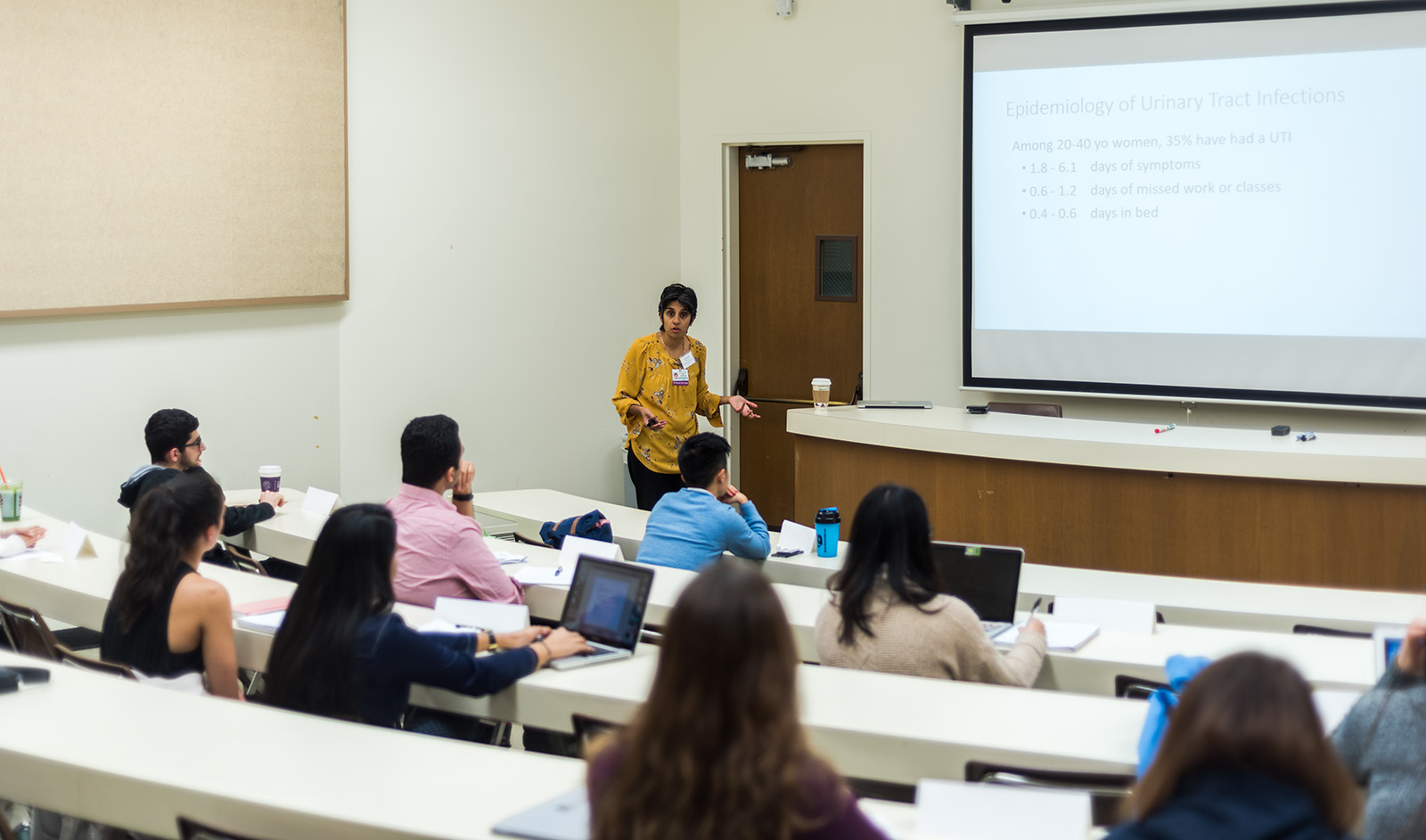 More than a hundred students attended Transfer On: Pathways and Possibilities, hosted by BruinX and the Transfer Student Center in the UCLA School of Law. Students were able to attend graduate-level lectures in medicine, law and business, or social psychology and education.

Professors from the David Geffen School of Medicine at UCLA, the UCLA Anderson School of Management, the UCLA School of Law and the UCLA pyschology department volunteered to teach the classes.

Carbado said they asked professors to engage with students and make the lectures feel similar to a real classroom experience in graduate school. Students who participated in the event were assigned readings to prepare for the lectures.

“This was for the purpose of approximating the experience of a real graduate school class, and also to prevent from students simply listening to an hour-long lecture,” he added.

Omai Garner, who co-lectured a medical school class with Tara Vijayan, an assistant clinical professor at the UCLA school of medicine, organized the class into three parts, focusing on lab diagnostics, treatments and discussion of an in-depth case study.

Carbado said his office created the program to help transfer students decide their academic and career choices and better integrate them with the undergraduate community on campus.

“Transfer students are sometimes lost in the shuffle, and we’re increasingly thinking about ways to better incorporate them at UCLA,” Carbado said.

BruinX worked with the Transfer Student Center to make sure the event was tailored to transfer students’ needs, Carbado said.

“Transfer students have a limited amount of time at UCLA, and that means they have to start thinking about the process of graduate school really early into being at the school,” she said. “It’s great to have and be a part of programs which tighten the support net for transfer students.”

Vijayan said she hoped the event eased any anxieties transfer students may have about their futures.

“I recognize that not all students have gotten a fair shot at showing their true potential because of various life circumstances, and many transfer students may be in this category,” she said. “I hope that we can better help them realize their full potential.”

Carbado said BruinX may expand the program and include more courses depending on student feedback about the event.

Students who attended the event said the mock classes gave them a better understanding of graduate-level classes.

Jelyn Hermosa, a third-year linguistics student who took the law class, said it helped her get an insight into a career in law.

“I took the class to get a preview of what law school is like, so I could see if it was the right fit for me. I’m really happy because I discovered that it is,” she said.

Lovelyn Saini, a third-year human biology and society student who took the medicine class, said it helped her see if she could handle medical school classes.

“I was stuck trying to decide between business and medicine, and seeing how a medicine class is taught really helped me feel like I could handle going through medical school,” she said.