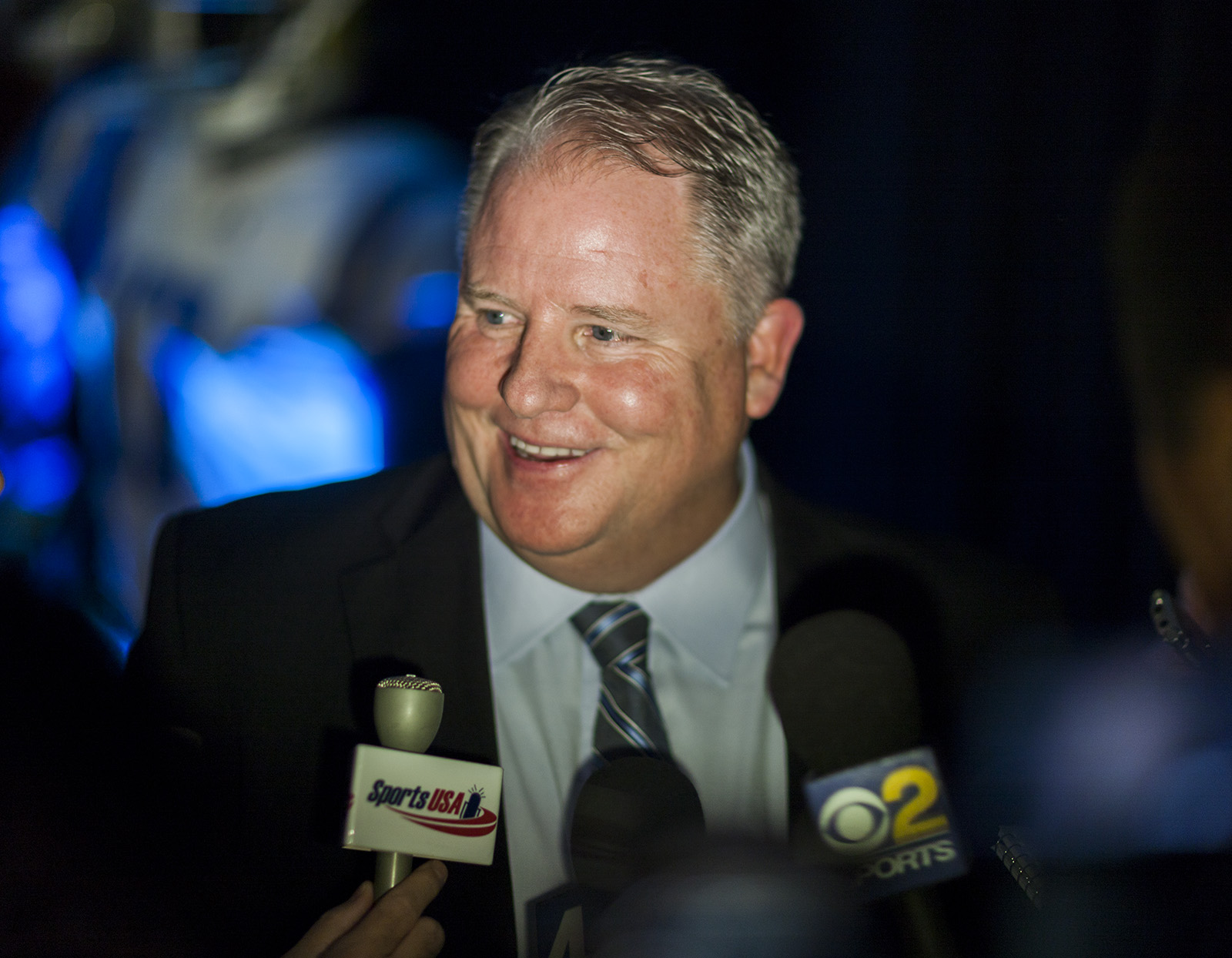 Chip has his squad.

Bible most recently coached with the San Francisco 49ers in 2016 – when Kelly was the head coach – and has coached current NFL quarterbacks Russell Wilson, Matt Ryan and Mike Glennon.

Devon Modster is likely to vie for the starting position following a 2017 campaign in which the then-redshirt freshman filled in for an oft-injured Rosen. Modster achieved mixed results, ultimately completing 51 of his 79 pass attempts, throwing four touchdown passes and no interceptions.

Modster will have to compete with incoming recruit Dorian Thompson-Robinson, a dual-threat quarterback out of Bishop Gorman who 247sports.com has as the No. 37 recruit in the nation.

Manning joins the Bruins following three years as Washington State’s outside linebackers coach. The Cougars finished third and fourth in the Pac-12 in run defense in the last two years.

The Bruins finished eighth in 2016 and last in 2017. Scott White was UCLA’s linebackers and special teams coach last season.

Oghabaase is the last of the names to come out Tuesday. He also worked on the 49ers staff, having served as San Francisco’s assistant defensive line coach for the past two seasons.

Last year’s defensive line coach was Angus McClure, who also held the title of recruiting coordinator. McClure, however, will be returning to UCLA’s staff.

Next season will mark McClure’s 12th as a Bruin coach. In the past he has also coached tight ends, offensive line and special teams.

McClure has seen one of his linemen selected in eight of the past 10 NFL drafts. Most recently, Takkarist McKinley was taken No. 26 overall by the Atlanta Falcons in 2017.

In his first season at UCLA, Dougherty’s group set a new school record with 4,478 total receiving yards. That mark was good for second in the Pac-12.

Foster joined the Bruins as running backs coach in 2016, the year when they finished second-to-last among all FBS teams in rushing yards per game. The Bruins’ placed 115th out of 129 teams in the same measure last season.

Foster is one of the most prolific running backs in UCLA football history, finishing his career as the second on the program’s all-time touchdowns scored list and third on the school’s all-time rushing yards list.

Fraley boasted a pair of Bruin linemen in 2017 who will each have a chance to play Sundays next year.

Kolton Miller, who declared for the draft after his redshirt junior season, has been projected as a first-round draft pick. Center Scott Quessenberry earned a selection to participate in the Senior Bowl in his last year with the Bruins. Both have signed with the Octagon Football Agency.

Azzinaro’s hire was announced in December. He’ll replace Tom Bradley, who had been UCLA’s defensive coordinator since taking the job in February 2015.

Most recently, Azzinaro was California’s defensive line coach, but he also worked with Kelly on NFL coaching staff with the the 49ers and Philadelphia Eagles.

Kelly and Pellum will be reuniting in Westwood, as the two also worked together during Kelly’s head coaching stint at Oregon, Pellum’s alma mater.

UCLA did not have a dedicated coach for both the inside and outside linebackers in 2017.

Rhoads recently filled in as interim head coach at Arkansas, though he never had to coach a game. Former Arkansas head coach Bret Bielema was fired following the final game of the season.

The Bruins finished second in the Pac-12 in pass defense, allowing 196.3 yards per game. Rhoads will replace Demetrice Martin.