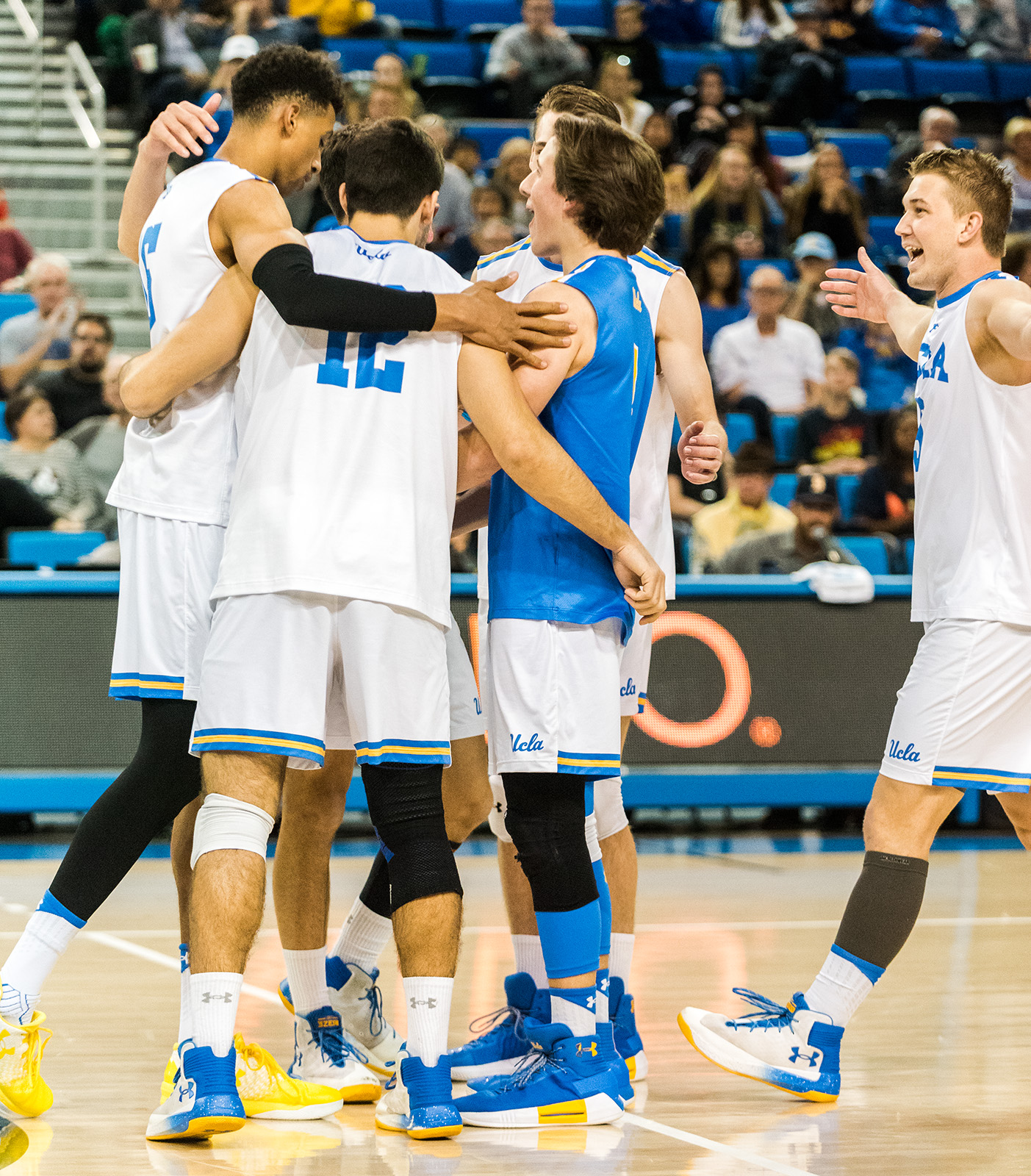 The No. 2 UCLA men’s volleyball team could stand to benefit from changes in the Mountain Pacific Sports Federation and the addition of the Big West Conference. (Axel Lopez/Daily Bruin)

With many Bruin starters returning from last year, the No. 2 UCLA men’s volleyball team (7-0) has seen a number of factors remain constant this year.

One major change, however, comes from its conference, the Mountain Pacific Sports Federation.

Six teams left the MPSF to start the new men’s volleyball championship in the Big West Conference. The teams include No. 1 Long Beach State, No. 6 UC Irvine, No. 15 UC Santa Barbara, No. 9 CSUN, No. 3 Hawai’i and UC San Diego.

No. 11 Grand Canyon and Concordia replaced the former members, joining UCLA, No. 5 BYU, No. 13 USC, Pepperdine and Stanford in the MPSF. Four of the MPSF’s seven teams are now ranked within the nation’s top-15.

Coach John Speraw said the addition of a new conference is good for his team, and for men’s volleyball as a whole.

Speraw said that teams had to start playing conference matches right after winter break, once they started their regular season.

“That was always a challenge,” Speraw said. “Now we have a bit more of a traditional nonconference month where you can play some rosters, and take a look at some guys.”

UCLA has played only nonconference teams in January, and have yet to lose a match this season. The Bruins faced a member of Big West when it took down the Anteaters in five sets Jan. 10.

Speraw said the adjustment makes things very similar to how collegiate women’s volleyball works. However, the women have significantly more teams within the tournament bracket, making each game less meaningful toward a team’s chances of making it into the postseason tournament.

Only six men’s volleyball teams were selected for the postseason tournament bracket in past years: The champion from each of the nation’s four Division I men’s volleyball conferences received an automatic bid to the tournament, and two other teams with successful season records received at-large bids.

Now with the Big West being added as a fifth Division I conference, more teams may have the opportunity to make a postseason run. The Bruins hope to be one of them.

“It’s an interesting balance between trying to utilize the new nonconference format and still understanding that you’re going to have to get some wins for your RPI and that at-large bid possibility at the end of the season,” Speraw said. “It’s getting better, and it’s better for the game, but it’s still not perfect yet.”