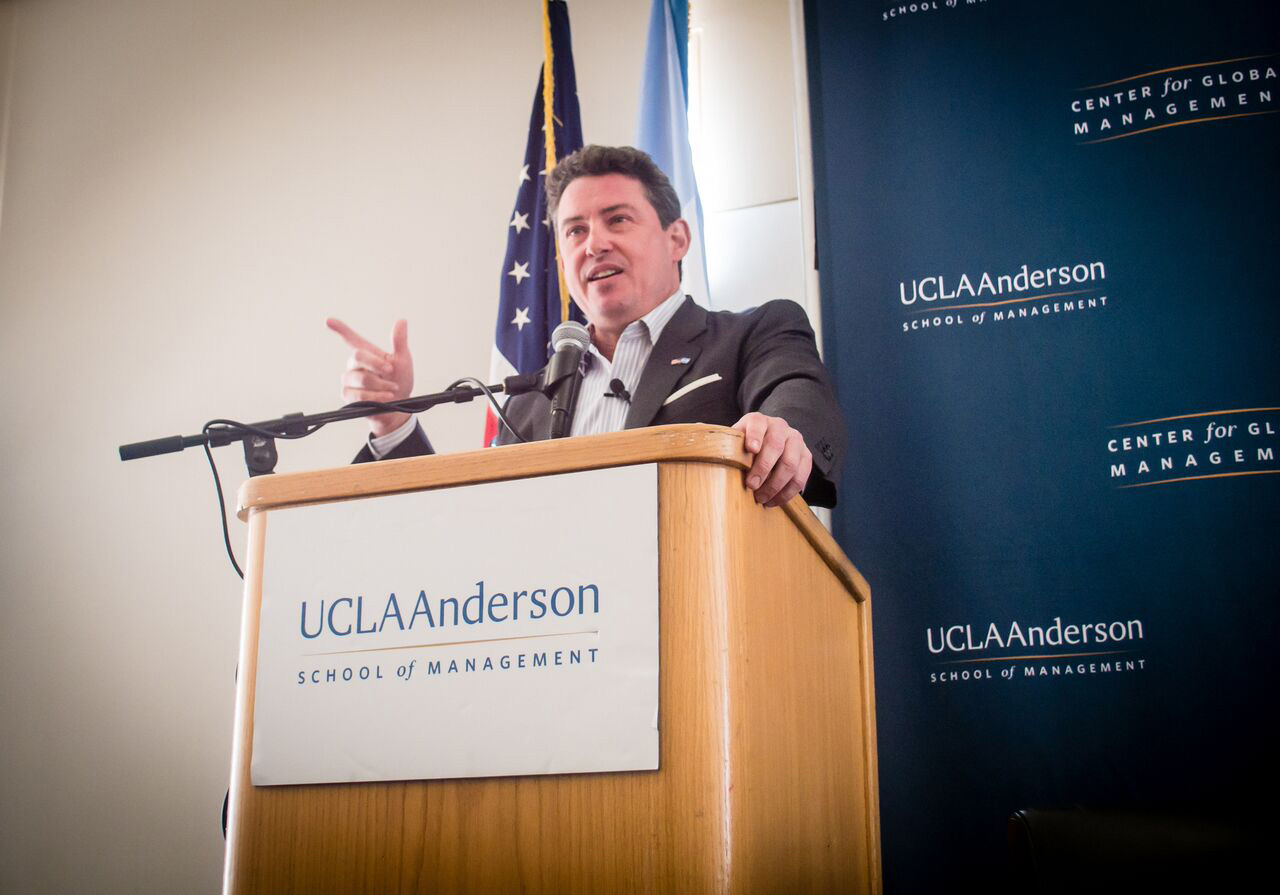 Noah Mamet, a former US ambassador to Argentina, under the Obama administration who graduated from UCLA in 1992, said he focused on getting American businesses to invest in the country during his term. (Courtesy of Kevin Krieger)

By Ani Gasparyan and Isabella Gago

A former American ambassador to Argentina said the new Argentinian government has strengthened bilateral relations with the United States during an event Tuesday.

Noah Mamet, a U.S. ambassador under the Obama administration who graduated from UCLA in 1992, spoke at a lunchtime discussion hosted by the Anderson School of Management’s Center for Global Management about his position at the U.S. Embassy in Argentina. Mamet said bilateral relations between Argentina and the U.S. improved during his term because he focused on getting American businesses to invest in the country.

For example, he pushed for Amazon to open one of its big data centers in Argentina. Amazon is still deciding between Argentina and Chile, but the fact that Argentina is one of the finalists is significant, Mamet said.

Mamet said during his last year as ambassador, the U.S. Embassy in Argentina issued more visas than any other U.S. Embassy, despite being understaffed.

“The workers at foreign and civil service are unsung heroes,” he said.

“When I left, (the United States) had an 81-percent approval rate from Argentine citizens, which was unprecedented, and I get back to my country and there’s 70,000 people on the street (protesting)” he said. “It gives perspective of how things can change (in) just over 24 hours.”

Dominique Furlong, a business student, said she attended the event because she is Argentinian and wanted to learn more about relations between the United States and Argentina.

“I was very interested to learn about the effects of the transition between presidents here, and in Argentina,” she said. “(Mamet) gave a lot of perspective to where the country is headed because of his firsthand accounts as someone who knows about business.”

Cheri Robinson, an assistant adjunct professor in the Spanish and Portuguese department, said she was surprised to learn about Argentina’s changing policies under their current president Mauricio Macri, including the fact that Argentina has been advocating for climate-friendly policies.

She said she learned a lot about how Macri is changing business policies, and didn’t know about Argentina’s stance on climate change.

Alexa Luckow, a third-year political science student who helped organize the event, said she thinks Mamet has an interesting point of view because of his firsthand experience under the Obama administration.

“I think, especially in the current political climate, it is good to get the perspective of ambassadors from lots of countries,” she said.