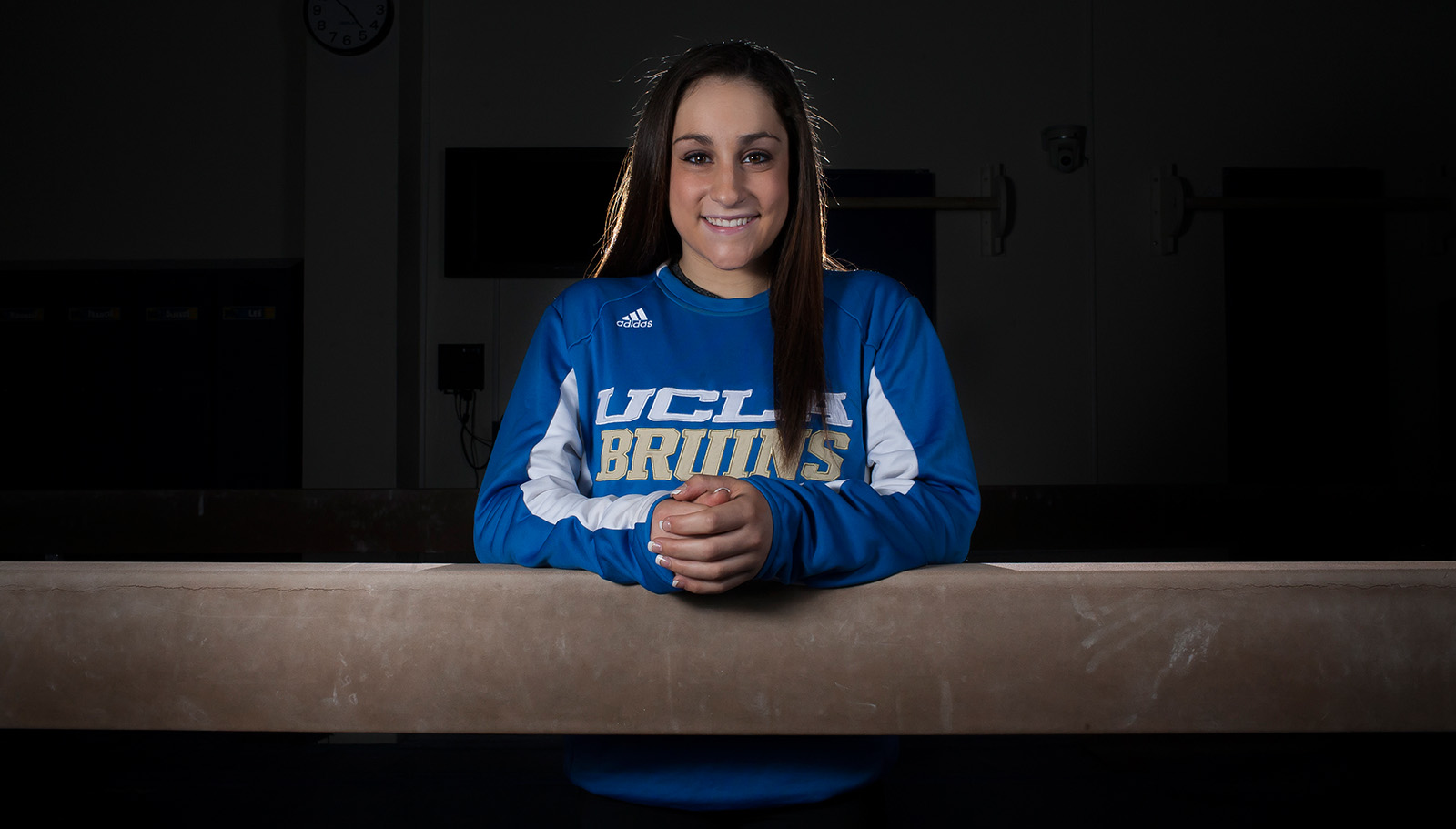 Olympic gold medalist and UCLA gymnastics assistant coach Jordyn Wieber was one of the gymnasts who spoke in court to testify against former USA Gymnastics team doctor Larry Nassar. Wieber posted a statement on Twitter earlier this month saying she was also a victim of Nassar’s sexual abuse. (Daily Bruin file photo)

Members of the UCLA gymnastics team wore the ribbons in their hair during their meet against Arizona to show support for the women who testified against former USA Gymnastics team doctor Larry Nassar, who was convicted on multiple counts of criminal sexual conduct in November, at his sentencing hearing during the past week.

One of the women who spoke in court was Jordyn Wieber, an Olympic gold medalist and a volunteer assistant coach at UCLA. Wieber came forward earlier this month, posting a statement on Twitter saying she was a victim of Nassar’s sexual abuse.

Coach Valorie Kondos Field voiced her support for the women who spoke out.

Kondos Field said the ribbons mark a small symbol of support, and the Bruins will continue to recognize the women.

“This is a very simple, simple way to show our support,” Kondos Field said. “I wish we could do more.”

Kondos Field added that her team will be honoring the women at the next home meet on Feb. 4.

Junior Katelyn Ohashi emphasized the importance of speaking out against Nassar and giving the women the support they need to tell their stories.

“It’s supporting everyone that has come forward, and showing them that we are with them,” Ohashi said. “We are here to support them, and encourage them to share their story, and help any of those that are dealing with the same issue.”

Sophomore Felicia Hano reiterated that the team feels the need to express its respect for the women who told their stories and brought Nassar’s crimes to light.

“As women, we need to support other women and stand up against sexual violence,” Hano said. “This is our way of showing our appreciation for all the survivors who have come out recently. We dedicated our meet today to them.”

Kondos Field said she thinks USA Gymnastics and the United States Olympic Committee should make changes quickly to prevent future crimes. They have already implemented some, such as stripping the Karolyi Ranch facility in Texas – where some of the abuses occurred – of its status as an official training ground.

She added she believes the women coming forward have not yet reached their final goal of making sure such crimes can never happen again in USA Gymnastics.

“When you start to hear … the victims talk about Larry Nassar, the United States Gymnastics Federation pissed off the wrong army of women,” Kondos Field said. “They may be young. They’re not in their forties and fifties, but they are strong. They are courageous. They are powerful. And it’s only just started. USOC and (USA Gymnastics) are going to have to make substantial changes because these women are not stopping.”