Around the League: Pac-12 and MPSF winter sports continue to be highly competitive 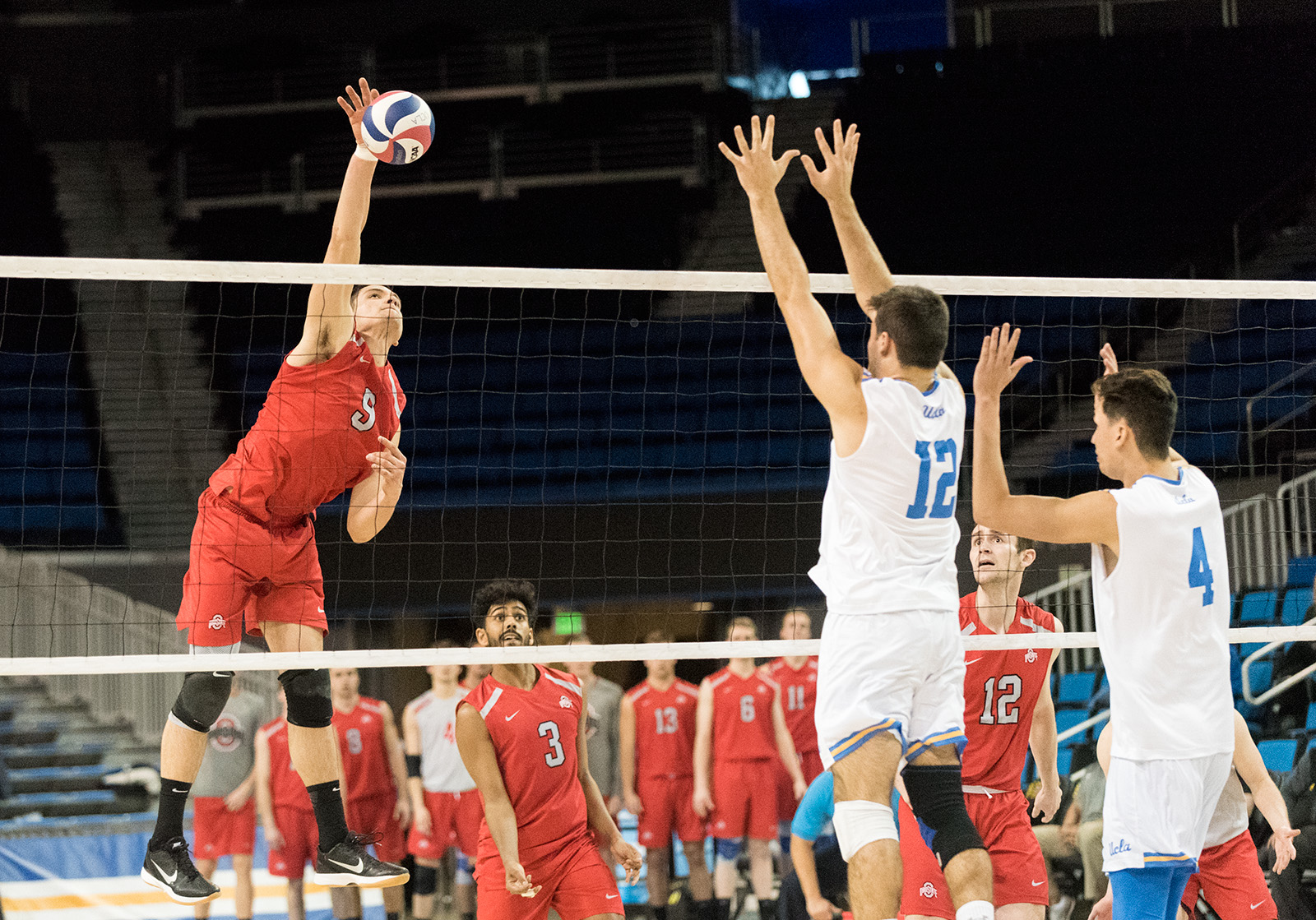 Outside hitter Nicolas Szerszen and the two-time defending national champion, No. 3 Ohio State, fell to No. 2 UCLA on Saturday in Pauley Pavilion. (Axel Lopez/Daily Bruin)

Coach John Speraw notched his 300th career win as No. 2 UCLA (7-0) pulled out a five-set victory over two-time defending national champion No. 3 Ohio State (3-2). The Bruins hosted the AVCA Men’s College Showcase this weekend that also featured No. 8 Penn State (3-1), which toppled USC (3-4) in four sets.

Stanford have only played one game so far, but the reigning national champions dominated No. 11 UC Davis 15-3. Two-meter Katie Dudley and driver Mackenzie Fischer each scored three goals in the win.

California swept the Rainbow Invite, taking down Hawai’i, Marist and Loyola Marymount by scores of 9-4, 17-2 and 12-2, respectively.

USC has only faced Loyola Marymount, a shared opponent with both UCLA and California, and came out with a 18-0 shutout.

Both UCLA and LMU, along with USC, will compete at the ITA Kick-Off Weekend this Saturday and Sunday that will be hosted at USC’s Marks Tennis Stadium.

Arizona (3-1) finished their weekend doubleheader with a win over Abilene Christian and a loss to Oklahoma. The Wildcats previously swept their matches Wednesday against Arizona Christian University and Ottawa University Arizona.

Utah (4-0) hosted four teams in its opening weekend, and logged wins in their matches against Montana State, Weber State, Utah State and Idaho State. The Utes will next attend the Harvard Kick-Off, held this weekend in Cambridge, Massachusetts.

Senior forward Monique Billings was named Pac-12 Player of the Week after etching her name into the record books. She became the third player in UCLA women’s basketball history to record 1,500 points and 1,000 rebounds, as well as the 14th in Pac-12 history.

Stanford is tied with UCLA for second place in the conference, after having their three-game win streak snapped at Pauley Pavilion. Behind them is a four-way tie for fourth place.