Panel discusses importance of diversity in community of scientists 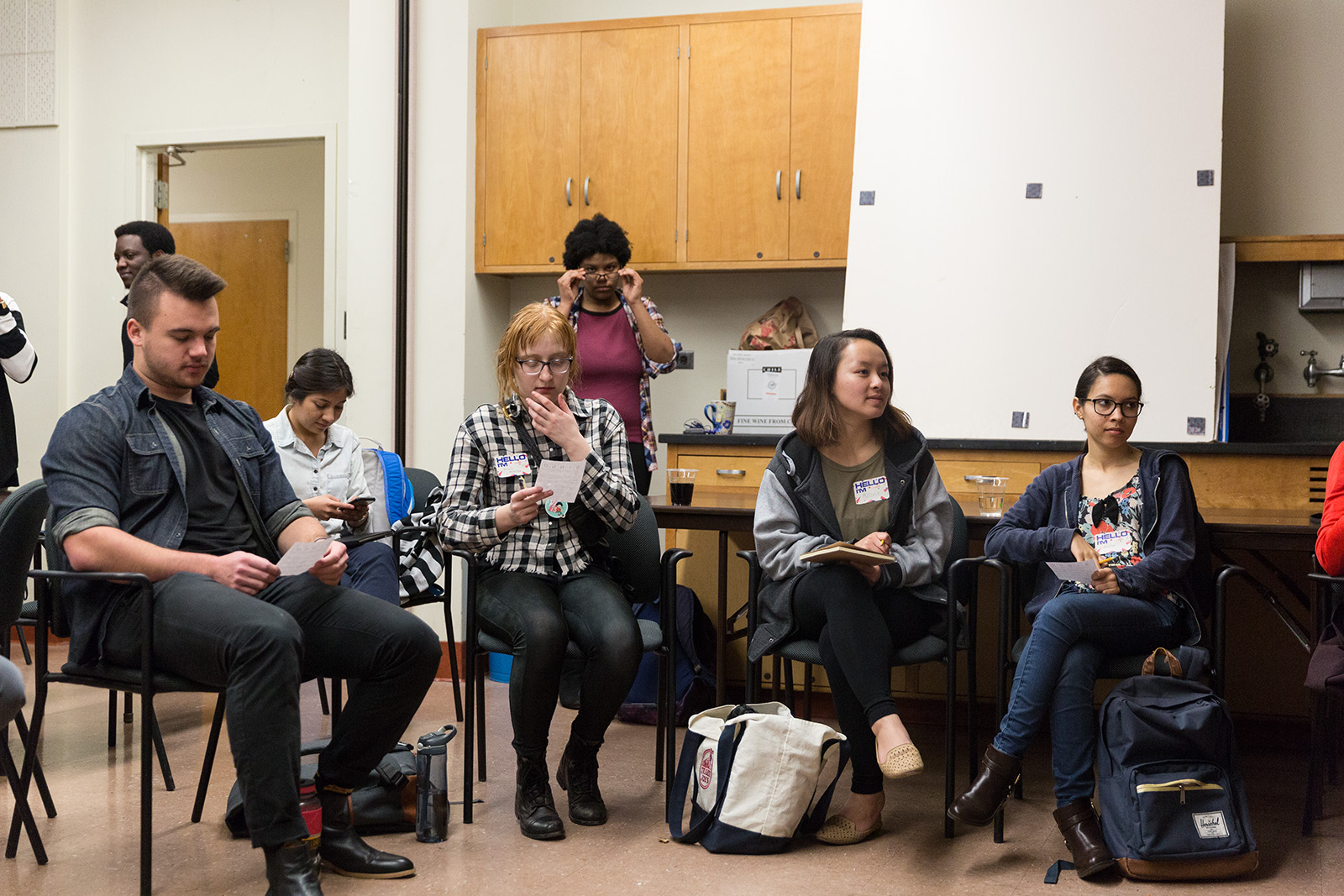 Speakers at the inaugural event held by the Center for Diverse Leadership in Science presented their research on various environmental topics, and talked about the importance of having more scientists from diverse backgrounds. (Amy Dixon/Assistant Photo editor)

A panel of environmental science faculty and students said they think getting individuals from diverse backgrounds involved in science will result in more effective research.

The Center for Diverse Leadership in Science held its inaugural event Thursday at the Mathematical Sciences Building, where speakers presented their research on various environmental topics and talked about the importance of increasing the diversity of scientists. CDLS, which launched in the UCLA Institute of the Environment and Sustainability last year, aims to provide guidance and resources for minority students, said Jennifer Um, a coordinator for IoES.

“We’re hoping to be able to reach out to underrepresented minorities,” she said. “I feel like if I had a resource like CDLS when I was a first-year, that would have been very, very beneficial on my behalf because I had to figure out everything on my own.”

The center serves as a mentorship program that partners UCLA faculty with students, and provides outreach programs to encourage middle and high school students in Los Angeles to study science.

Um said she thinks a broad range of people should get involved in the field of science because environmental problems affect everyone across the globe.

“Everyone comes with their own ideas … and this helps bring new ideas into these fields that are traditionally not diverse,” she said.

Jesse Bateman, a postdoctoral scholar in IoES and panelist at the event, said that as part of the CLDS outreach program, he presents science demonstrations in Los Angeles schools with large populations of African-American, Latino and Native American students. Bateman, who is African American, said he thinks showing minority students that people of color can also be scientists will encourage them to pursue science-oriented careers.

“People are probably going to address environmental science in slightly different ways based on their backgrounds and lived experiences,” he said. “If we have a chance of finding better solutions, we’re able to gain a much broader understanding of the world because we’re not looking through one lens; we’re looking through many.”

Several panelists at the event added they think a career in academia is difficult because researchers’ ideas often get rejected and they are often plagued with self-doubt.

Stephanie Pincetl, founding director and professor-in-residence in IoES and a panelist at the event, said she thinks individuals interested in pursuing a career in research should not give up on their goals.