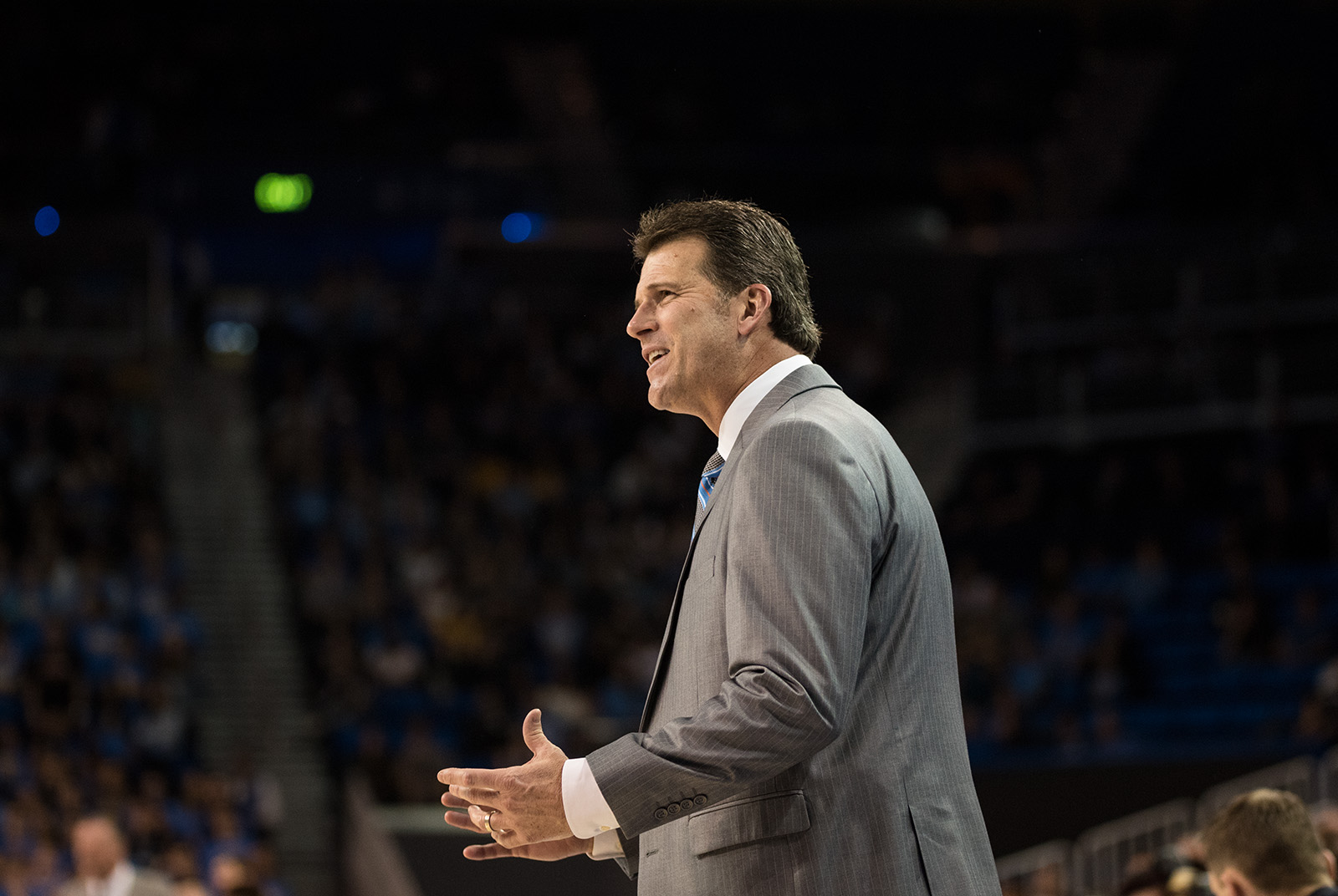 Ball movement and ball security – one team exhibited both of those traits Saturday night, and it wasn’t UCLA.

Coach Steve Alford’s squad was behind by double-digits for most of the contest, but an 18-7 run narrowed the deficit to 1 point with a minute left. From there, the Ducks made enough free throws to hang on for a victory.

UCLA men’s basketball’s (13-7, 4-4) first half was an amalgamation of poor passing and defensive porousness.

Oregon’s defense forced nine Bruin turnovers in the first half and translated them into 12 points, while the Ducks recorded 14 assists and no turnovers. Their first turnover came a minute into the second half.

The hosts also made 12 layups and dunks and exploited a 24-10 advantage on points in the paint while building a 52-38 halftime lead.

One spot where Alford’s squad shined was the charity stripe, where UCLA – averaging just over 24 free throw attempts per game – went 17-22 in the first half.

Aaron Holiday – the Bruins’ leading scorer on the season – didn’t hit a field goal until 9:15 remained in the second half. The junior guard finished with 14 points on 3-of-10 shooting, one rebound, five assists and four turnovers in a night hampered by foul trouble.

Holiday picked up two fouls on a single play in the first half – he committed the double foul then got in an altercation with Oregon guard Elijah Brown, leading to technical fouls for both players. He picked up his third foul several minutes later and sat the remaining eight minutes of the first half.

Freshman guard Jaylen Hands replaced Holiday after the technical foul and was able to stay on the court, but his guard was erratic at best. Hands finished with 12 points on 3-of-6 shooting, five rebounds and six turnovers, five of which came in the first half.

In one 40-second stretch late in the first half, Hands turned the ball over, committed a flagrant foul defending the consequent fast break and ended a Bruin possession with an offensive charge.

UCLA now sits in a tie for fifth place in Pac-12.