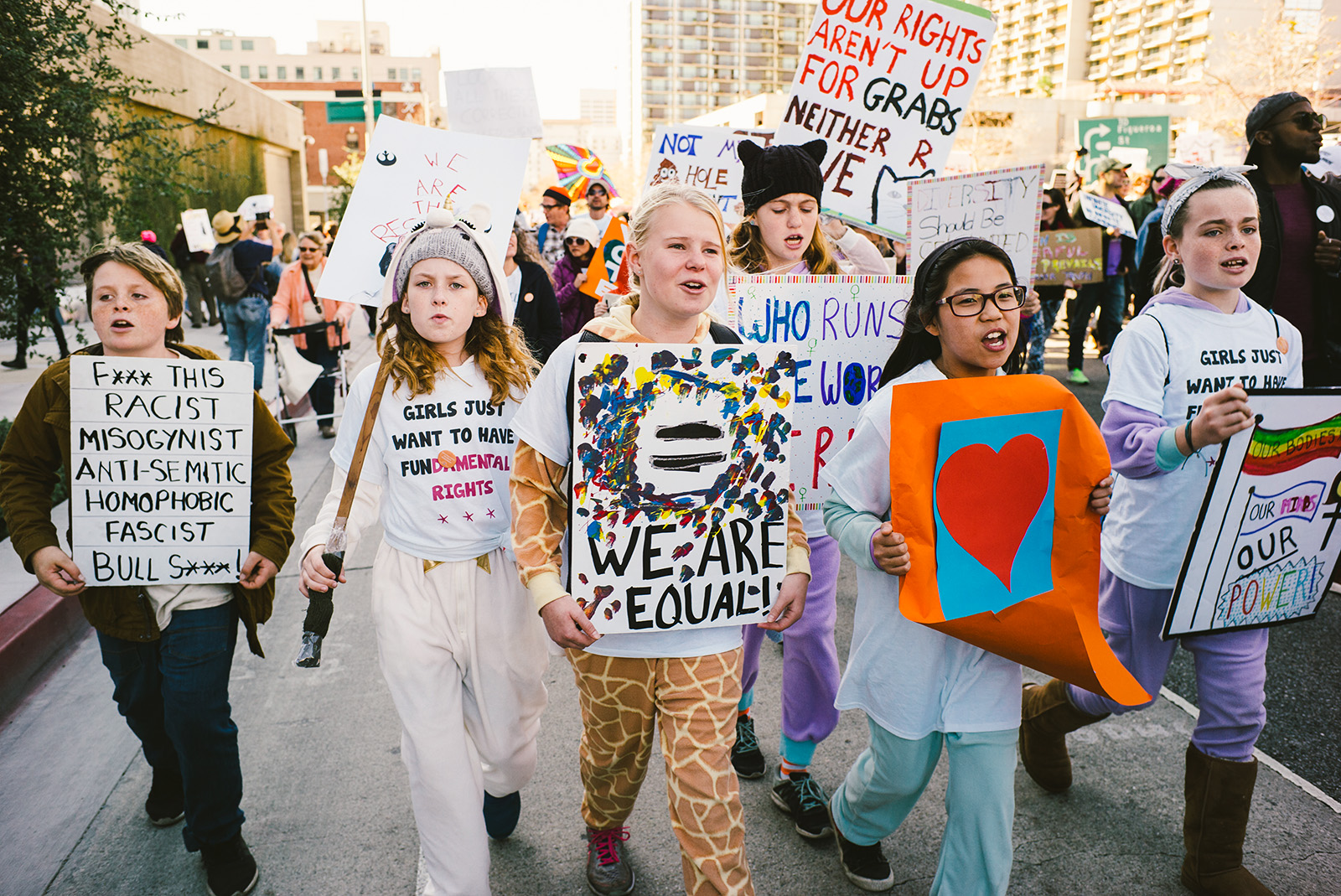 UCLA students demonstrated alongside hundreds of thousands of protesters at the second annual Los Angeles Women’s March on Saturday.

Joss Glenn, a third-year individual concentration student who also participated in the Women’s March last year, said he thinks the protests empower women and other groups who feel threatened by the Trump administration’s policies.

“I want to feel empowered, especially … in a year with so many bad things happening,” he said. “I left (the march) feeling like I could take on the world.”

Emily Earnest, a first-year Middle Eastern studies and statistics student, said she participated in the march to advocate for LGBTQ rights.

“It’s heartbreaking, almost a nightmare, to see such an aspirational office occupied by Trump,” she said. “As a lesbian, I’m ready to show intersectional feminism.”

Meg Leonard, a second-year sociology student and member of Alpha Delta Pi, said her sorority hosted an event Friday night to make posters and organize carpools to the march.

“(The march) provided us with a way to express our political views as members of the Greek system, which doesn’t always happen,” Leonard said.

Leonard added she thinks the march is significant because of the recent #metoo movement, which has brought attention to sexual harassment in entertainment and other industries.

Ifueko Osarogiagbon, a first-year English student, said that as an African-American, she participated in the march because she thinks some minority communities are often not well-represented in feminist movements like the Women’s’ March.

Alvin Teng, a graduate student in public policy, said he enjoyed the spirit of the march because he thinks it provides women with the opportunity to advocate for legislation that benefits women.

“Being a feminist, I believe that aggressive policy has marginalized women, particularly those of color,” he said.

Gretel Zumwalt, a first-year global studies student, said she thinks the large number of people at the march shows that many individuals want members of society to improve how they treat women.

“I hope we make this a tradition as more opportunities are created for women to advance,” she said. “No policy, no government, nobody else can tell me what I as a woman can or cannot do.”

The protest also featured speakers including California state representatives, social justice advocates and artists who said they think the Democratic Party will gain seats in the upcoming midterm elections and enact policies that improve women’s lives.

Actress Olivia Wilde said she thinks the best way to improve women’s rights in the United States is to vote and get involved in politics.

“It is the women in this country who have spearheaded a massive grassroots resistance, and let me tell you something, it is working,” she said. “But we have to keep showing up and the best way we can do so is by dedicating ourselves to the upcoming midterm election.”

“It’s validating that people like Roy Moore, people who’re homophobic, sexist, racist are held accountable and the Democratic wave is a part of that,” he said.