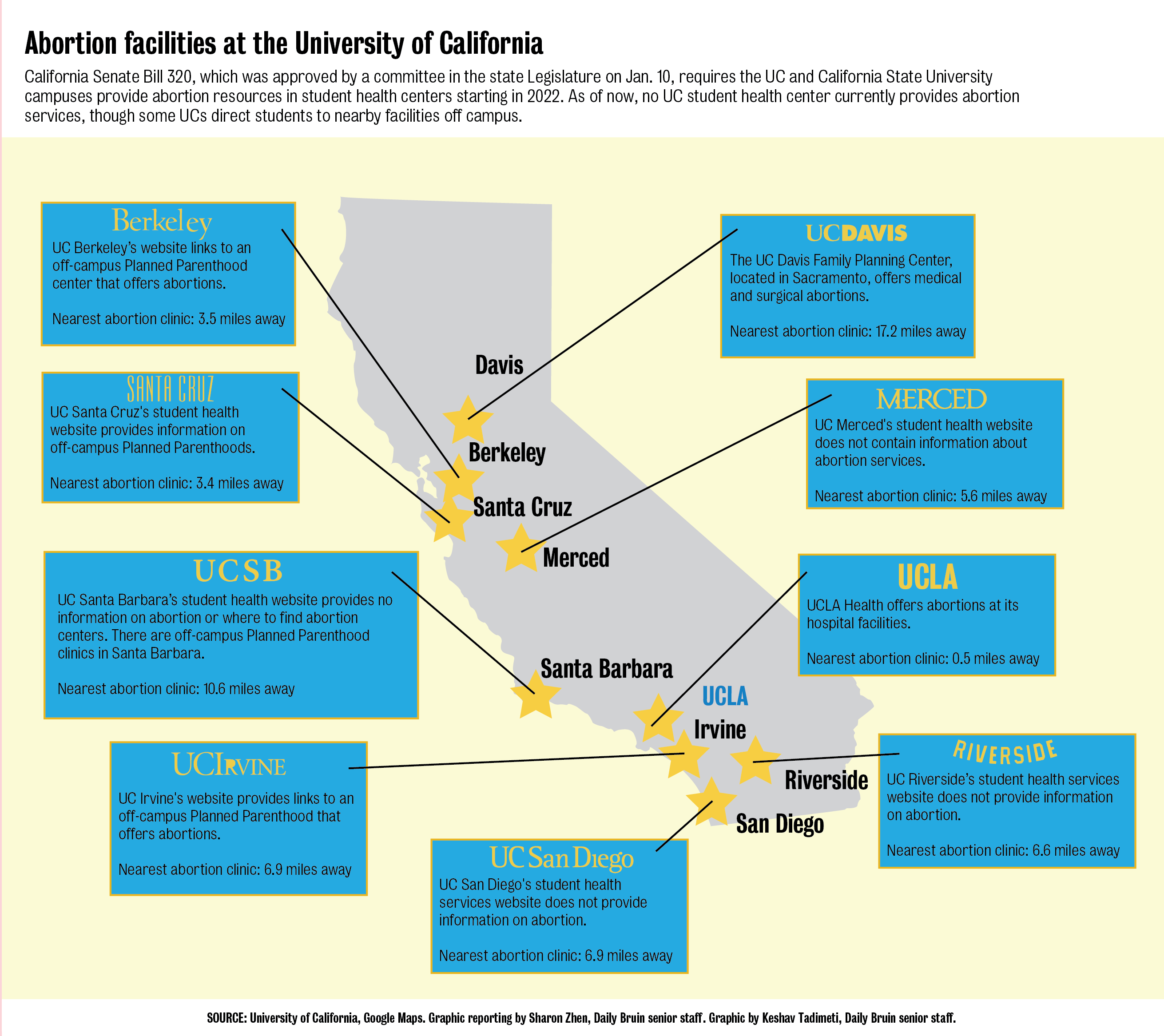 A bill requiring University of California and California State University campuses to provide abortion services in student health centers starting in 2022 passed a committee in the state Legislature last week.

The Senate Education Committee approved Senate Bill 320 on Jan. 10 with amendments. The bill, introduced by State Sen. Connie Leyva in 2017, would cost the UC and CSU around $12 million to purchase equipment, make facility upgrades and train staff. The cost would come from university private funds, according to the bill’s analysis.

The two-pill dosage for medical abortions would be available to women who are fewer than 10 weeks pregnant, and is composed of mifepristone, a progesterone blocker that will induce miscarriagelike symptoms. Student health centers at CSUs and UCs currently do not offer abortion services, and while UC students are required to have health insurance, students in CSUs are not.

Paula Tavrow, an associate adjunct professor of community health sciences, said if the legislation passes, it will be the first time that a state university system offers nonsurgical abortion to students.

“(SB 320) makes abortion visible, normal and regular,” she said. “Students who are already seeking abortions will be relieved of the burden of taking time off from school to travel to an unfamiliar clinic.”

Abramowitz added this bill will not increase students’ overall fees and would be covered by student insurance or other university funds.

“I really want to make clear it’s students that are pushing for this,” she said.

“It’s a lot more stressful to go somewhere that could be potentially far away,” she said.

Kennerk added she thinks the bill prioritizes students’ needs by recognizing that abortion is a difficult decision for students who are also experiencing academic and financial stress.

“I think it’s super important that women who have made the already difficult decision that abortion is the best choice … can have safe and affordable healthcare,” she said.

UC spokesperson Claire Doan said in an email statement that the UC has not yet taken a position on the bill.