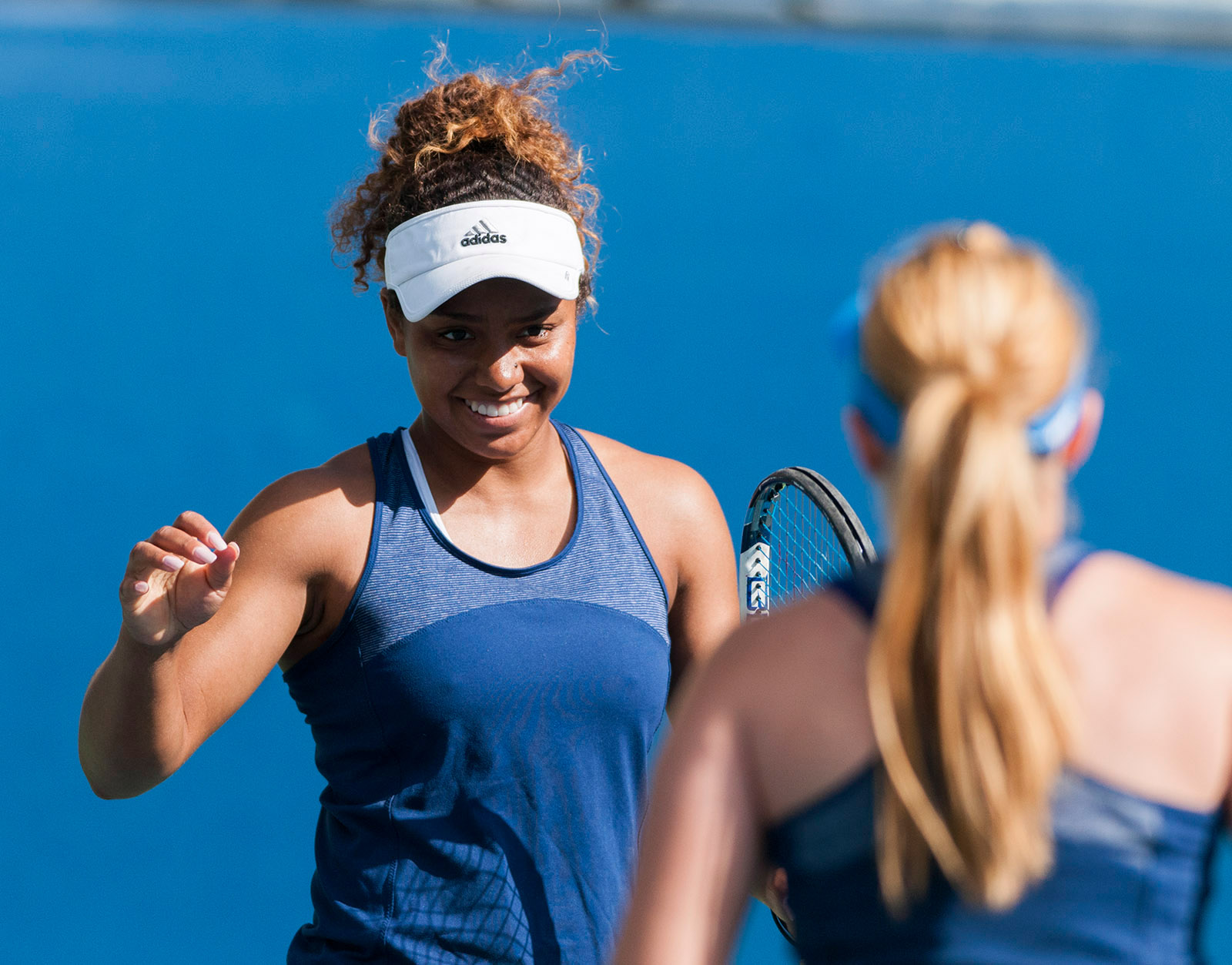 No. 17 UCLA women’s tennis will host unranked UCSB at the Los Angeles Tennis Center on Friday to kick off its regular season. The Bruins swept the Freeman Memorial Championships last weekend, taking home titles in both singles and doubles. (Daily Bruin file photo)

After a sweep in Las Vegas last weekend, the No. 17 UCLA women’s tennis team has all the momentum it needs going into the season opener against unranked UCSB on Friday.

For sophomore Ena Shibahara, it’s the first step toward the NCAA title.

“Ranked or not, I look at every match as a challenge,” Shibahara said. “Our ultimate team goal is to win the NCAA for sure.”

In the offseason, it was up to each player to practice and improve on her own. For redshirt sophomore Jada Hart, that meant working on her forehand shot; and for Shibahara, the focus was on first-serve percentage. The results of last weekend’s Freeman Memorial Championships made it clear that their hard work paid off.

“I actually was unaware of the upsets from last weekend. I think just getting a ton of matches in and getting some really great wins built my confidence and I’m feeling sharp going into the start of the season,” Hart said of her run to the final.

In their match against the Gauchos in May, the Bruins came out on top 4-0. Even so, coach Stella Sampras Webster noted that the Gauchos team they will face Friday will be different from last season.

“(Shibahara) has played their No. 1 player (Palina Dubavets) many times, and she’s always tough. If she’s on, (Shibahara’s) just got to be ready,” Sampras Webster said. “Some of their new players are very good. We saw them play at regionals and I know this is not an easy team.”

For Hart, Friday’s match is about starting the season strong by cleaning up the few errors in her Freeman performance.

“I think a big thing I can really improve upon is my transition game, making sure I can execute more at the net,” Hart said. “I think that was kind of the let down for me in the last match against (Shibahara).”

Aside from her individual goals, Hart was clear that her focus is on the team’s success. She emphasized the 12-player roster as an advantage going into the season, giving UCLA three more assets than the 2017 squad.

“I think with the newcomers and having more people, we are able to switch people in and out and help everyone be sharp for the rest of the season, so we are very capable of bringing home a national championship,” Hart said.

Sampras Webster expressed the intent on improving her program as a whole.

If this is to be a championship season, this Friday’s home opener will count; and, as Sampras Webster said, winning helps.