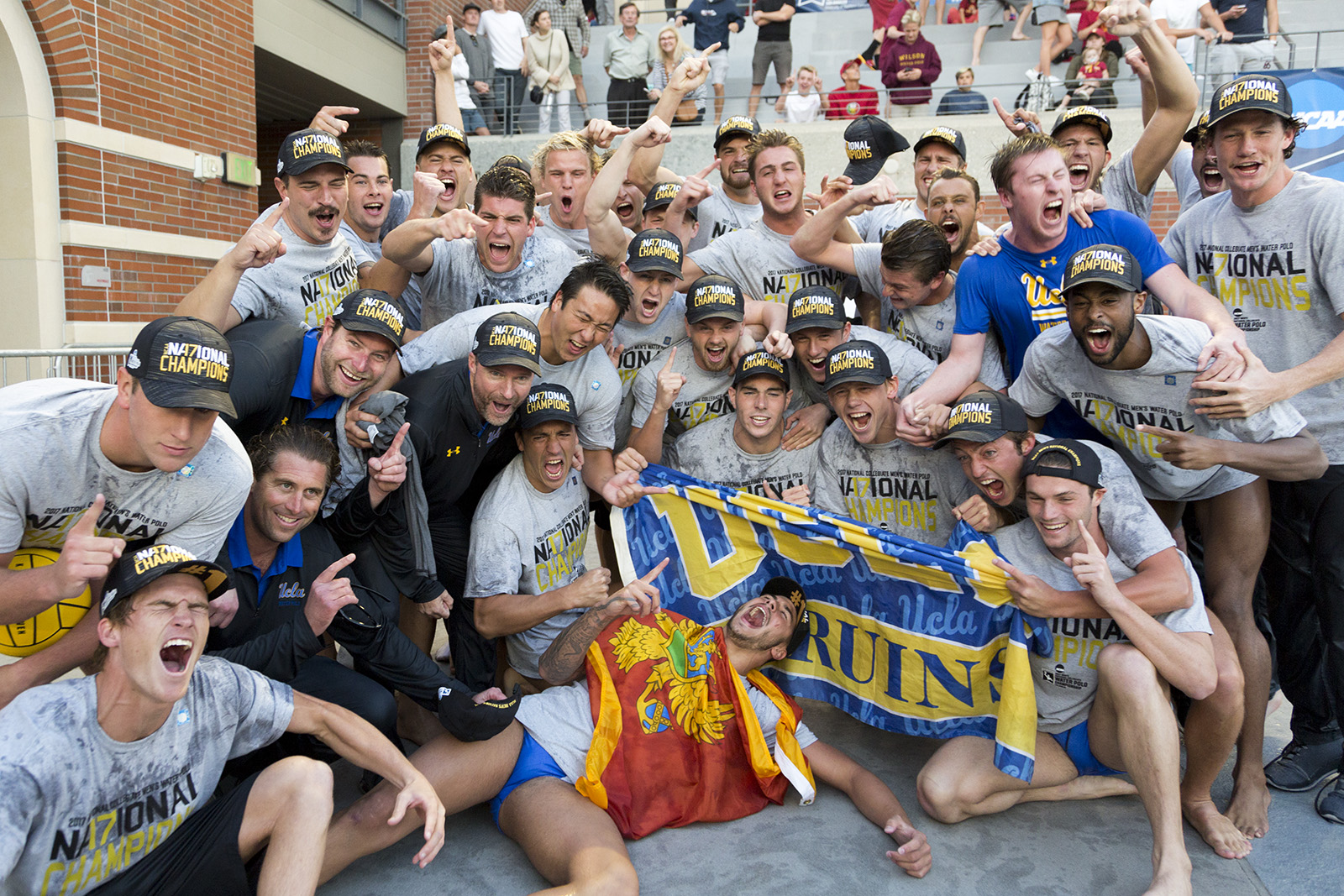 UCLA Athletics had a number of memorable moments in 2017. Here is the Daily Bruin’s pick for last year’s top five.

UCLA went the entirety of 2016 without taking home a national championship win – the first time the school had gone without a national title since 2012.

UCLA was on the verge of repeating that in 2017.

However, in the final month of the year, UCLA men’s water polo defeated USC 7-5 in the NCAA championship match.

The win was the team’s 11th national championship victory in program history, its third title in four years and UCLA’s 114th overall.

The game also marked USC’s fourth loss in as many years in the championship match.

Senior utility Alex Roelse and senior center Matt Farmer scored two goals each in that match – one of Farmer’s would be the eventual game winner. Redshirt sophomore goalkeeper Alex Wolf logged 10 saves and one goal from across the pool.

All told, the Bruins were champions once again.


UCLA football lost to crosstown rival USC for the third time in as many years on Nov. 18 by a score of 28-23.

The next day, UCLA Athletics announced it had fired Jim Mora from his head coaching position, and that the nationwide search for a new head football coach was to begin immediately – it was Mora’s 56th birthday.

The following Saturday UCLA Athletics announced that Chip Kelly was to be the new head football coach starting in 2018.

The announcement came after much speculation as to where Kelly would land, as multiple reports surfaced saying he also interviewed for a position at the University of Florida.

Kelly returned to collegiate football after spending four years in the NFL as head coach for both the Philadelphia Eagles and San Francisco 49ers.

Kelly’s early focus has been recruitment, as he did not coach the Cactus Bowl on Dec. 26.

Of all the Daily Bruin’s picks for UCLA’s top moments of 2017, none stirred up more national attention than the arrest of LiAngelo Ball, Cody Riley and Jalen Hill.

The trio of basketball players was detained on charges of shoplifting from a Louis Vuitton and a number of other high-end stores on Nov. 7 in Hangzhou, China.

The week after the arrest, the Washington Post reported President Donald Trump personally asked China’s President Xi Jinping to resolve the case. He did, and the players were back on U.S. soil seven days after their arrest.

Following their return, the players admitted to the crimes and were subsequently suspended by UCLA for the remainder of the 2017-2018 season.

However, once the university decided on the length of the suspension, only Hill and Riley were left to suspend – Ball was pulled out of UCLA and elected to play professionally overseas.

Since the finalization of the suspensions, the Bruins have gone 4-1 including a win over then seventh-ranked Kentucky.

UCLA women’s soccer spent half the season as the top-ranked team in the nation and made it all the way to the NCAA championship game against Pac-12 foe Stanford.

En route to the title match, the No. 2-seeded Bruins narrowly edged out the top-seeded Duke Blue Devils in penalty kicks in the semifinals.

Stanford took an early two-goal lead in the championship game, but sophomore midfielder Jessie Fleming and freshman midfielder Delanie Sheehan scored for UCLA to tie it up in the second half.

The Cardinal reclaimed the lead in the 67th minute and went on to win the match 3-2. With the win, Stanford surpassed UCLA for the first time in history in overall NCAA team championships with 114. Later that day, the Bruins would again tie up the ledger with a men’s water polo NCAA championship, but 2017 ended with Stanford on top once again after winning the men’s soccer NCAA championship to bring it to 115.

As a team, the Bruins qualified for the NCAA Super Six for the second consecutive season and finished in fourth place with an overall score of 197.2625.