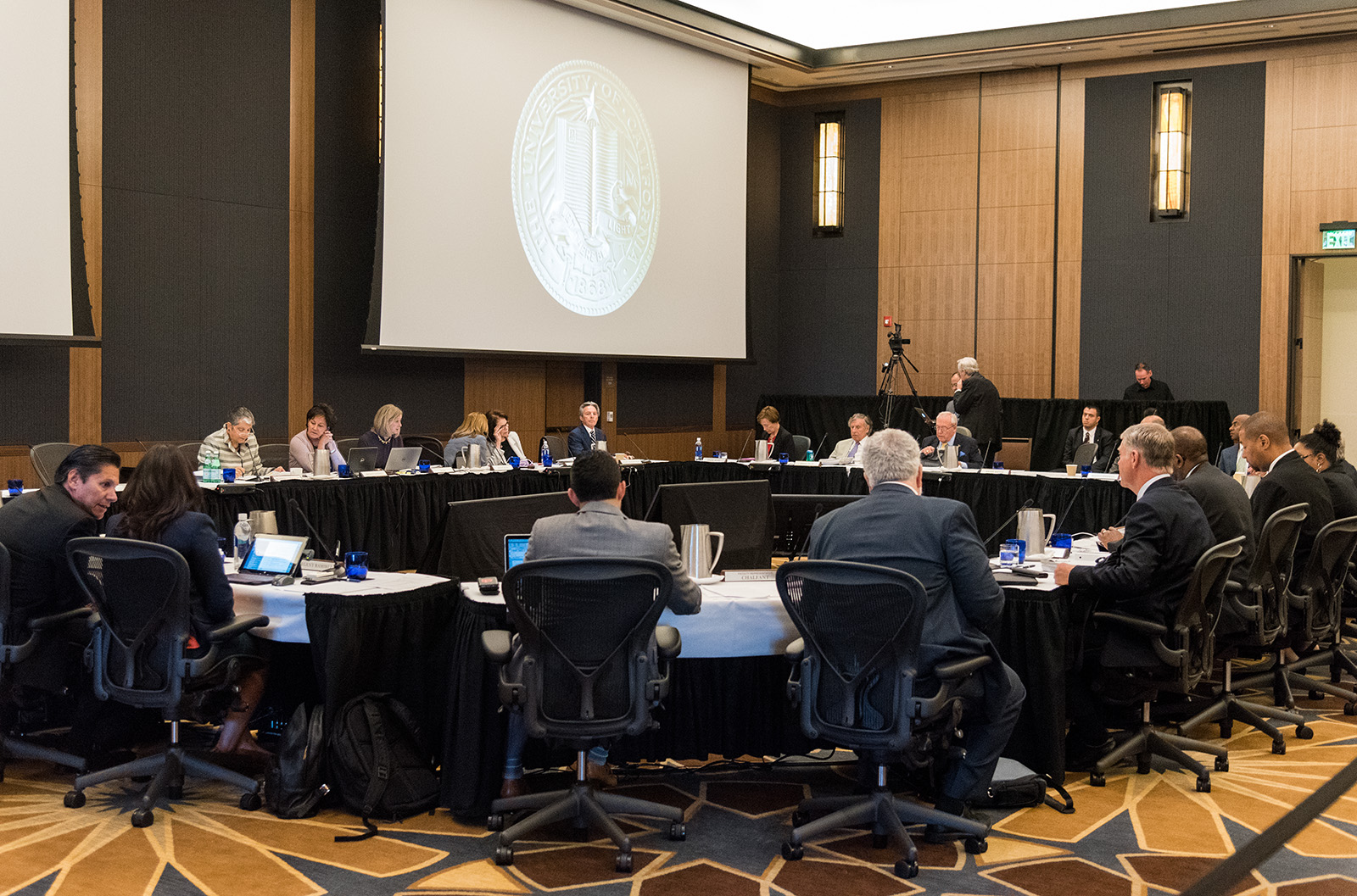 The University of California’s largest employee union is advocating for an amendment to the California Constitution that would make it possible to remove UC Regents.

The American Federation of State, County and Municipal Employees is proposing that Section 9, Article IX of the state constitution be amended to allow the California State Legislature to expel regents following a two-thirds vote of both houses of the legislature. AFSCME created the proposal in December, after student leaders called on Regent Norman Pattiz to step down because of sexual harassment allegations against him, said John de los Angeles, the union’s communications director.

Pattiz, who resigned in December, apologized in 2016 for the comments he made about his former employee, Heather McDonald. In a recording that was later made public, Pattiz could be heard asking to hold McDonald’s breasts, saying his hands were “memory foam,” while she taped a commercial for memory-foam bras.

Following the release of the recording, the Board of Regents required regents to take sexual harassment training and made regents’ private conduct subject to sanctions.

“Even a regent with proven misconduct could continue to serve on the board with impunity,” he said.

De los Angeles said the union received feedback from student leaders in November stating they were concerned about Pattiz remaining on the Board of Regents.

“Seeing the public outrage at Pattiz alongside everything going on in the nation, it seemed to us the path forward was to create a way to make this removal easier, ” he said.

AFSCME plans to sponsor the amendment and campaign for legislative support, de los Angeles said. Two-thirds of each house of the state legislature must propose that the amendment be included on a statewide ballot in order for California residents to vote on it.

De los Angeles said that while ASFCME does not currently have a legislative author sponsoring this measure, they have until Feb. 16 to get a sponsor.

Monge said he thinks requiring two-thirds of both houses of the state legislature to approve removing a regent will ensure they are not removed for frivolous or unjustifiable reasons.

“It is in the public’s interest to ensure a legally recognized process for removing a regent,” he said.

UC spokesperson Stephanie Beechem said the university has not yet taken a position on the proposed amendment.