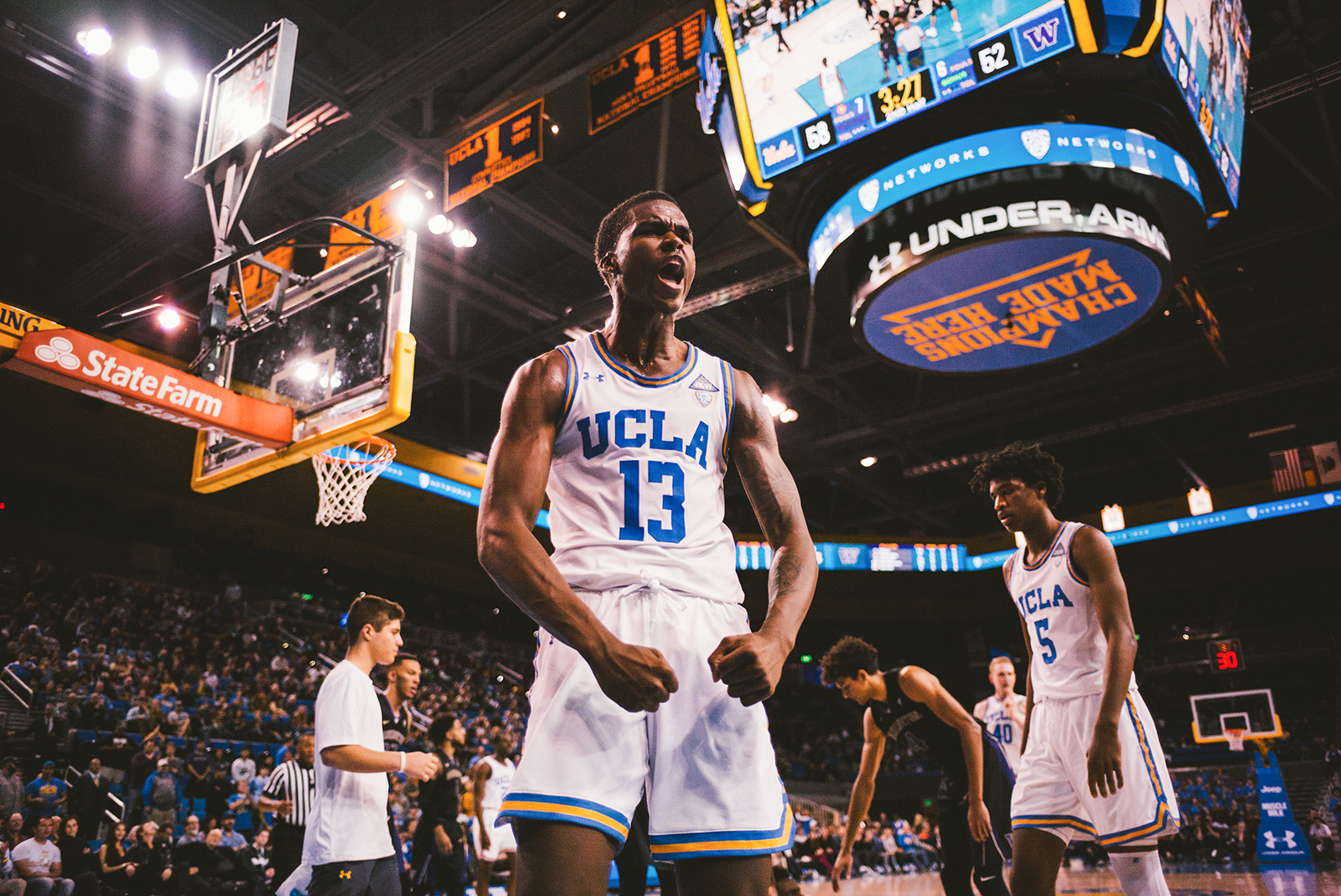 Freshman guard Kris Wilkes recorded 21 points and five rebounds on 7-of-13 shooting in UCLA’s victory over Washington on Sunday night. The Bruins are 2-0 in Pac-12 play and have won three straight overall. (Ken Shin/Daily Bruin staff)

The Bruins are becoming a second-half team.

UCLA coach Steve Alford said he was pleased with the performance of his younger players, specifically Wilkes and Ali.

“I didn’t like our start. … It wasn’t (Holiday’s) best night, and it wasn’t (Welsh’s) best night. But we win by 21, so that’s encouraging,” Alford said. “I just thought we had some guys really grow up.”

UCLA held Washington to just 27.9 percent shooting for the game, including 17.1 percent after halftime, and Alford credited the change to zone defense for the Huskies’ downturn on offensive production.

“We stood a lot in the first half,” Alford said. “In the press and defensively we were able to get out in transition and get moving a little bit, and once we got some things in transition I thought we attacked the zone a lot better.”

Washington led for over 30 minutes of game time Sunday, but UCLA closed the game out on a 26-1 run.

Toward the end of the first half, Washington faltered and was the victim of a near seven-minute dry spell in which they scored exclusively from the free-throw line. The Huskies were also just 2-of-12 from beyond the 3-point line in the first half.

But despite the Huskies’ drought, the Bruins could only cut the 13-point deficit to eight before heading into the locker room.

At the start of the second half, the Bruins hit the reset button and landed their first lead of the night after an early 15-0 run.

When the final buzzer sounded, the Bruins tacked on 46 points and shot exactly 50 percent after the half.

With their fourth straight victory, momentum will be with the Bruins as they move into the new year.

“It was a great win, considering how much we were down and how much we fought,” Ali said. “So I think we really grew up tonight and it’s going to be great momentum moving forward.”

Despite outshooting the Bruins in nearly every metric except for points off the bench at halftime, the Huskies were unable to keep up with the Bruins after the break.

When they gave up the lead, the Huskies were just 2-of-25 from the field, and by the time the game was over, the Huskies had shot just 27.9 percent overall. They tallied no 3-pointers in the second half, missing 23 in a row, and added just 17 points to their total score after intermission.