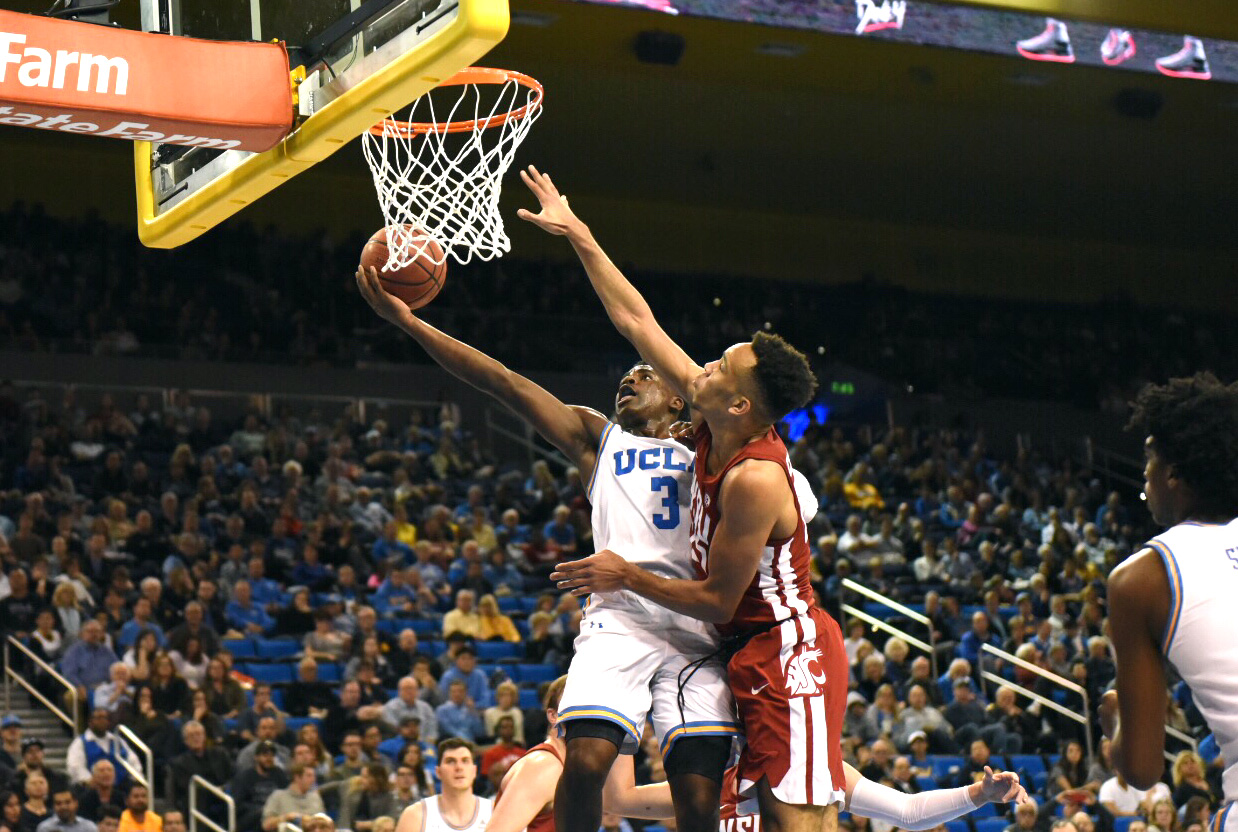 Aaron Holiday was four points away from setting his single-game point record – at halftime.

The Bruins, who were coming off a premier win over the then-No. 7 Kentucky Wildcats, didn’t look like a team with momentum in the first half. Minus Holiday, the UCLA offense hit just over 20 percent of its shots from the field, and the team ultimately led by five.

Holiday was the key, though, putting on a show in the Pac-12 opener and breaking the 1,000 career-point mark as a Bruin. The junior impressed with his ball-handling in the win, committing zero turnovers.

“Aaron was spectacular,” said coach Steve Alford. “That was a special night for him and I’m happy for him and Thomas – for both of them to go over 1,000 career points. That’s something special when you’re playing at a place like UCLA.”

While the Bruins never trailed, they could never quite shake the Cougars, consistently letting the trigger-happy visitors back into the game with 3-pointers. Washington State fell behind 56-45 at one point in the second half before Cougar guard Carter Skaggs hit a trio of 3s in a minute to narrow the deficit.

In response, Holiday switched to guard the 6-foot-5 sophomore and helped stop the sliding.

The Bruins regained control on a transition alley-oop by Jaylen Hands, igniting the freshman guard for the rest of the game. Coming in off the bench, Hands unleashed 16 points in the second half, on his way to a 19-point total. His strong play, plus an electric UCLA attack from Holiday, helped hold the lead and give the home team the conference win.

“We’ve been there with Michigan, Kentucky, games before that – Georgia Tech – so we just stayed poised,” Holiday said. “We’ve learned from those experiences and that obviously helped us with this game.”

The Cougars – without a true center – relied on their motion offense that lives and dies by its rhythm behind the arc. They scored plenty, but their lack of size proved costly on the boards.

Welsh led the way with five offensive rebounds, and UCLA totaled 14 to Washington State’s three. Overall, the Bruins won the rebounding battle 43-30 and got enough opportunities to run up the score.

The UCLA defense was also able to neutralize half of Washington State’s top offensive duo, holding guard Malachi Flynn to 9 points. Flynn and forward Robert Franks are the only Cougars who average double-digits. While Franks tallied 20 and the visitors scored plenty of 3-pointers, the Bruins mitigated the damage with their own scoring from behind the arc.

Alford cited the team’s size and rebounding as keys to getting past the Cougars’ sharpshooting. In particular, he said, the Bruins’ ability to get consecutive stops limited prolonged slides and opened opportunities to respond.

“When you get offensive rebounds and 50-50 balls, it’s just extra possessions for your team,” Welsh said. “That’s something where we’re seeing lots of growth. In certain games this year we’ve given up leads and given teams a chance to come back into the game, so I think we learn from those experiences and I think it showed tonight, the way we closed this game out.”