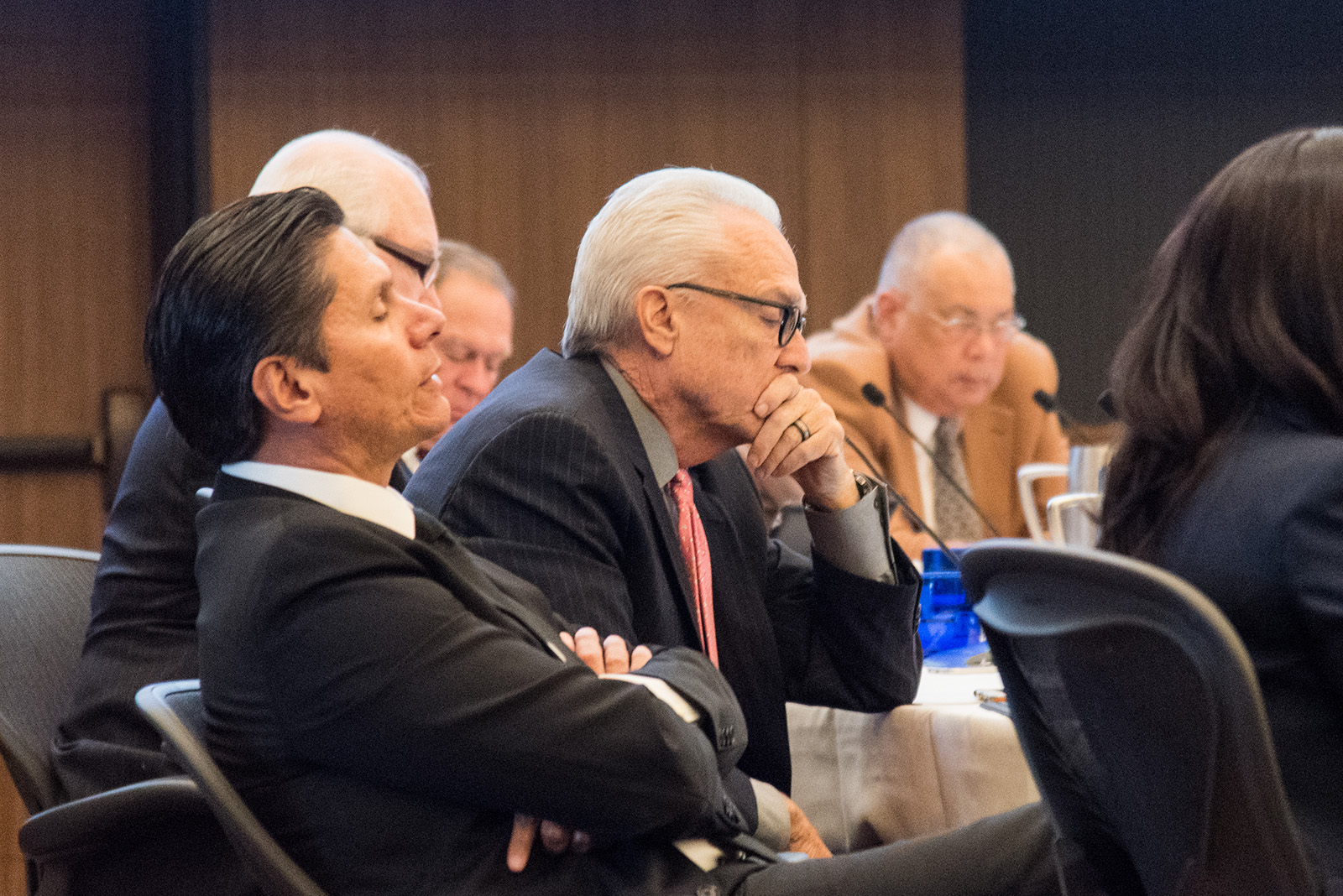 Norman Pattiz announced Thursday he is resigning from the University of California Board of Regents. Pattiz apologized last year for making sexually suggestive comments towards an employee. (Daily Bruin file photo)

By Rupan Bharanidaran and Sharon Zhen

Pattiz is retiring from his position after Feb. 16, according to his resignation letter to George Kieffer, chair of the Board of Regents. Pattiz, who served as the chair of the regents committee overseeing the UC’s management of national laboratories for the past 10 years, said he is retiring after Regent Ellen Tauscher takes over his position in February.

He added he stayed on the board for another term in part to provide enough time to find a successor at the laboratories and allow for a reasonable transition.

Pattiz, the chairman of radio company PodcastOne who has served as UC regent since 2001, apologized last year after comments he made about Heather McDonald, a former employee who was taping a commercial for memory-foam bras. In a recording that was later made public, Pattiz could be heard asking to hold McDonald’s breasts, saying his hands were “memory foam.”

Following the release of the recording, the Board of Regents required regents to take sexual harassment training and made regents’ private conduct subject to sanctions.

A former employee of PodcastOne sued Pattiz in September for allegedly pointing a gun at him and compelling him to falsify advertising data. A spokesperson for Pattiz denied the allegations at the time.

The UC Students Association presented a resolution at the November regents meeting calling on Pattiz to resign. The association claimed Pattiz’s behavior and allegations against him stood against the UC’s values, especially after UC President Janet Napolitano released a statement in 2016 committing to preventing sexual assault on campuses.

Students from UC Berkeley also held a protest outside the November regents meeting demanding that Pattiz resign. After the regents meeting, Pattiz told the San Jose Mercury News he thought students should be ashamed to call for his resignation.

UC spokespeople did not immediately respond to requests for comment.