UCLA men’s basketball heads into halftime tied with No. 7 Kentucky 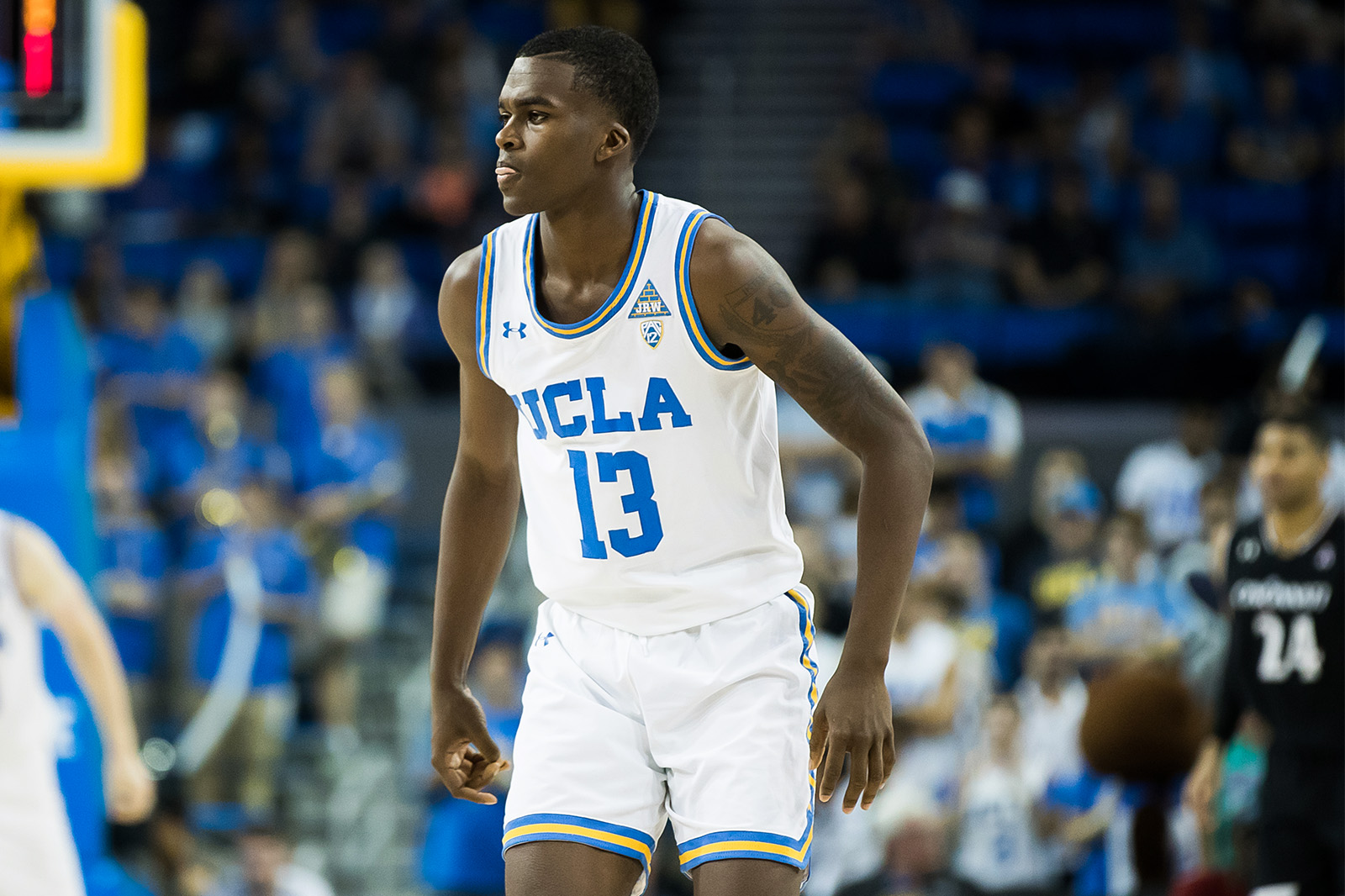 Kris Wilkes went 5-of-10 on his field goals and 2-of-5 from 3-point range. The freshman guard led the Bruins in scoring with 13 points in the first half. (Isa Saalabi/Daily Bruin)

The Bruins started strong, jumping out to a 26-21 lead before suffering through a scoring drought of nearly six minutes that allowed the Wildcats to build an eight-point lead. UCLA rallied back, though, to enter intermission with the score even.

Freshman guard Kris Wilkes, who has struggled recently, put together an impressive half, leading the Bruins in scoring with 13 points. That mark eclipsed his scoring output from any of UCLA’s previous five games.

Junior guard Aaron Holiday added 10 points of his own.

UCLA shot the ball much better than Kentucky, making 48.5 percent of their attempts while holding the Wildcats to just 39 percent.

The Bruins allowed 11 offensive rebounds and turned the ball over eight times, though, helping the Wildcats overcome their poor shooting to hang in the game.