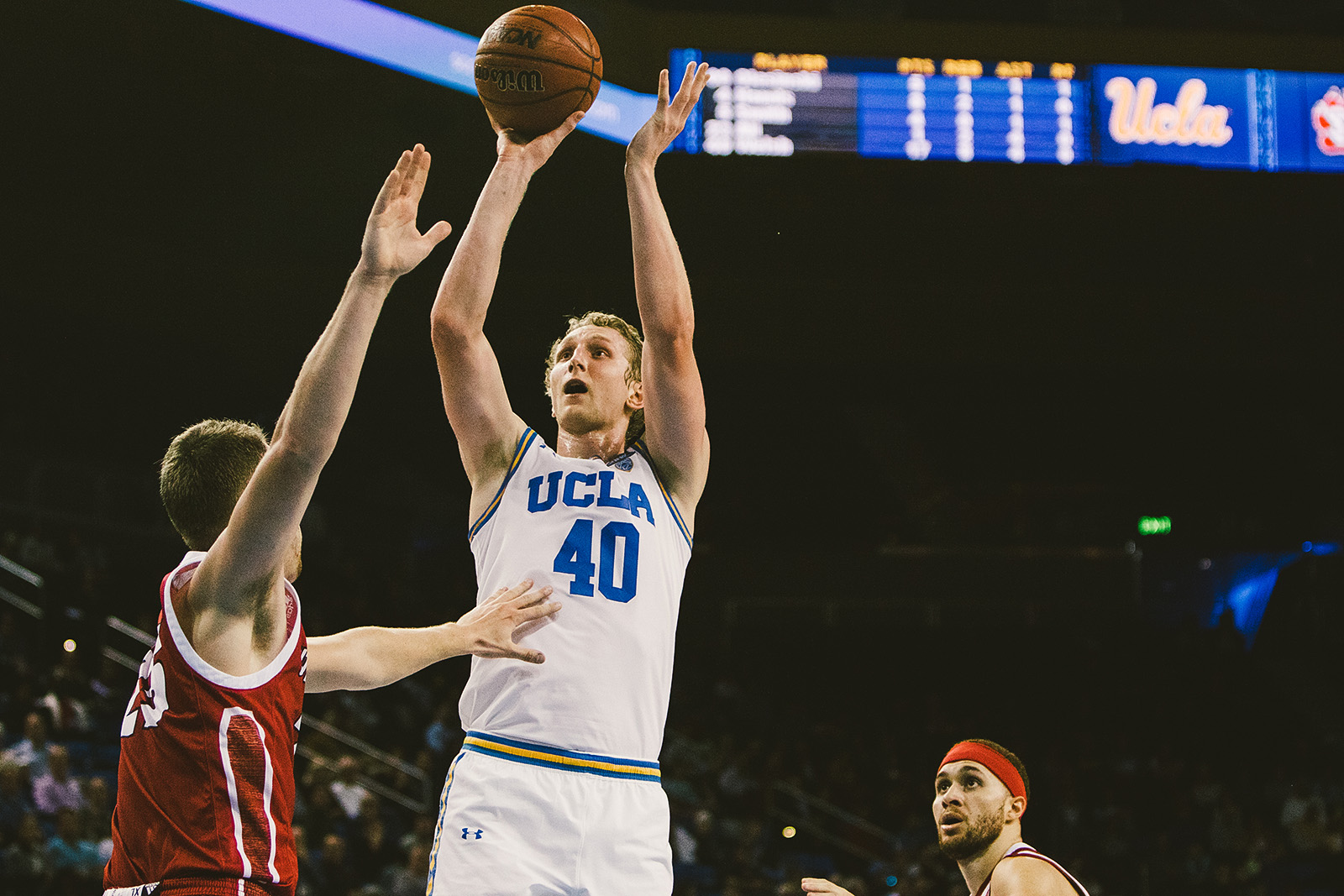 Senior center Thomas Welsh led the Bruins with 19 points on 7-of-14 shooting, including 3-of-7 from beyond the arc. (Ken Shin/Daily Bruin)

“We’ve lost for two weeks – it’s only two games, but we’ve had a two-week frame where we didn’t win a game,” said coach Steve Alford. “The hardest thing to do then is to learn how to win again, and I was really pleased for 36 minutes.”

Alford broke the game into three pieces: a first half in which his team played well but had to make a couple adjustments, 16 minutes of “beautiful basketball” and four minutes of selfish play.

The Bruins exited the first half trailing by three, at which point the Coyotes had out-rebounded UCLA 24-13, and outscored it in the paint 16-14.

“That shouldn’t happen,” Alford said. “We’re going to play much bigger, much more athletic teams than this, and we have already, and we’ve been a good rebounding team.”

“We definitely had a size advantage, so we were not satisfied,” added senior forward GG Goloman.

To start the second half, the Bruins began what Alford called as good basketball as his team has played in quite some time. The Bruins’ lead climbed to as many as 24 points.

The Bruins tallied 13 assists in the first 16 minutes of the second half, but didn’t get any in the game’s final four minutes – a span during with the Bruins also committed four turnovers. The Coyotes never reclaimed the lead, but they got within three when time expired.

UCLA staved off the potential comeback, but not without some confusion from the officials. Following a South Dakota inbound pass with 1.5 seconds left, it was unclear when exactly the clock started.

An eight-minute delay took place before the referees agreed that senior center Thomas Welsh tipped the ball on the pass, meaning the clock was live right when it came in, and the game’s final seconds had ticked away.

Welsh said he knew he tipped the ball, and called it a weird situation.

“They were out of timeouts at that point and they were making a run on us,” Welsh said. “It gave them a chance to set up their offense and set up their defense and put some things together.”

Holiday said the team spent the eight minutes talking about getting a stop, but the Bruins wouldn’t need to since officials eventually ruled the game as over.