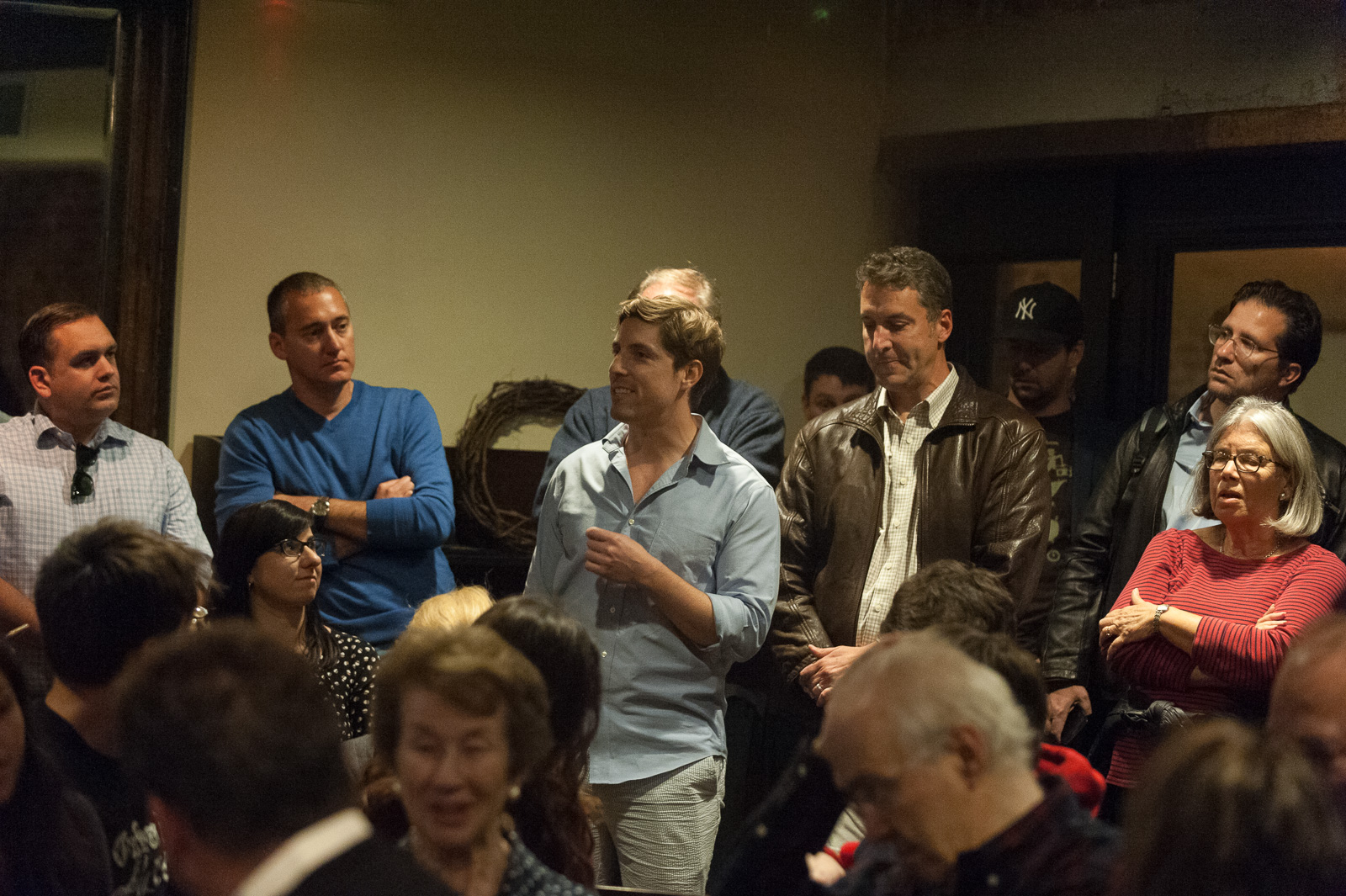 Community members gave feedback to Westwood Forward, a student-led coalition, about its proposal to create a new neighborhood council at a recent town hall meeting. The coalition submitted its application for a new council Friday with 983 signatures from community members. (Ryan Leou/Daily Bruin senior staff)

Student leaders submitted a petition to create their own neighborhood council for UCLA, Westwood Village and the North Village on Friday.

Westwood Forward, a student-led coalition also consisting of local homeowners and business owners, submitted its application to subdivide the Westwood Neighborhood Council to the Los Angeles Department of Neighborhood Empowerment. A total of 983 Westwood community members signed the application, which includes proposals for the boundaries and bylaws for a new neighborhood council. The coalition’s goal had been to obtain 2,000 signatures.

Students, business owners, home owners and other stakeholders who operate in the proposed council’s boundaries will be able to vote for the new neighborhood council in spring if the Department of Neighborhood Empowerment approves Westwood Forward’s application.

The Westwood Neighborhood Council is the official adviser to the Los Angeles City Council on matters regarding Westwood and its residents. Students announced plans to break off from the neighborhood council in November because they felt the current council did not adequately represent them.

Graduate Students Association President Michael Skiles, who is one of the organizers of the coalition, said he thinks they were unable to obtain 2,000 signatures because of the Skirball fire, which prompted UCLA to cancel classes last week. He said many members of Westwood Forward had planned to recruit signatories at last week’s Westwood Village Farmers’ Market, which occurs every Thursday.

“The fire pretty much settled that, and then it was finals week and everyone had a hundred million things on their plate,” he said.

Skiles said the coalition received half of the signatures from in-person recruitment and the rest from sharing the petition through social media. He added some businesses in Westwood that supported the proposal, including Koala T Café, SpireWorks and Skylight Gardens, shared the petition with other business owners, who also decided to sign it.

Skiles also said Westwood Forward shared its website, which contains the petition, with the undergraduate student government and GSA student email lists. He added Westwood Forward also reached out to other communities in Westwood, such as homeowners and Persian Square businesses, to inform them about the proposal.

Skiles said although members of Westwood Forward considered submitting the petition after winter break to get more signatures, they decided to submit the application because the Department of Neighborhood Empowerment only requires 200 signatures from stakeholders within a proposed council’s boundaries.

He added that if the coalition submitted after winter break, the election to approve the new council might have been held during spring break because the Department of Neighborhood Empowerment is required to hold an election for a new council within 90 days of approving the application.

Members of the current Westwood Neighborhood Council said at their Wednesday meeting that they plan to hold a town hall meeting in February for community members to discuss the proposal.

Lisa Chapman, president of the current council, said in an email statement she thinks Westwood Forward is only concerned with student issues and does not care about the rest of the Westwood community.

“I think they are naive and selfish,” she said. “This is really a shame.”