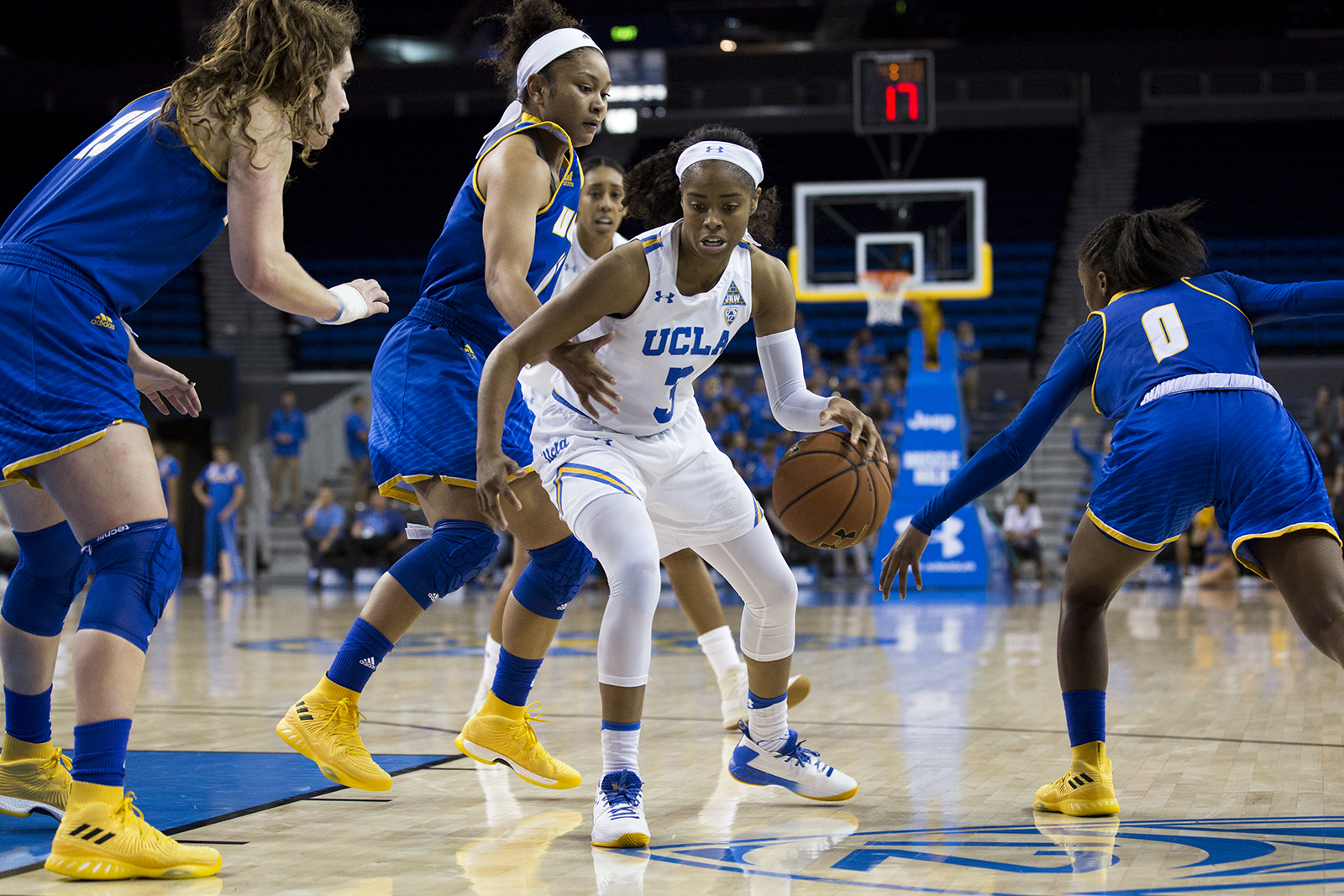 UCLA women’s basketball team couldn’t find a way to dig itself out of an early hole in Stillwater, Oklahoma.

After going down 20-4 in the first quarter, No. 7 UCLA (7-2) lost 87-72 to Oklahoma State (7-2) on Friday night to start off its five-game road trip. This marked the Bruins’ first road loss of the year, running into a Cowgirls team fresh off a loss to the No. 6 Mississippi State Bulldogs. Both teams started slow, but Oklahoma State went on a 15-2 run to end the first quarter, burying UCLA early on.

Senior guard Jordin Canada turned in one of her best statistical performances of the year, scoring 28 points, along with seven assists and seven rebounds, while playing all 40 minutes of the game. Her seven assists made up the majority of her team’s helpers, as the Bruins had just nine in the game.

Going into the road trip, coach Cori Close emphasized the importance of good passes to her team’s offense.

“For us to compete for a Pac-12 championship, we’re going to have to have more teamwork plays,” Close said before UCLA played UC Santa Barbara last week. “I want more of our baskets to come out of the flow of our offense, to come out of assists.”

Assists weren’t the only thing missing for UCLA. Other than Canada, only one other Bruin, senior guard Kelli Hayes, scored double digits. Hayes scored 12 points on just five-for-21 shooting.

Despite the lack of passing and poor percentages, the 72 points the Bruins scored were not uncharacteristic of them. UCLA has averaged 77.7 points per game this season, and 70 since Thanksgiving. What was out of the ordinary for the Bruins was the 87 points they allowed, which is the highest they have all season, and well above their average of 61.3 points against per game.

This was the first true road game for the Bruins this season, as their only trip outside of Westwood before this weekend was to the South Point Thanksgiving Shootout tournament in Las Vegas, in which they won two games in a neutral site.

The Cowgirl fans almost filled the Gallagher-Iba Arena, as the crowd was triple the size of the average women’s basketball game.

The Bruins return to action next Sunday against Seton Hall.