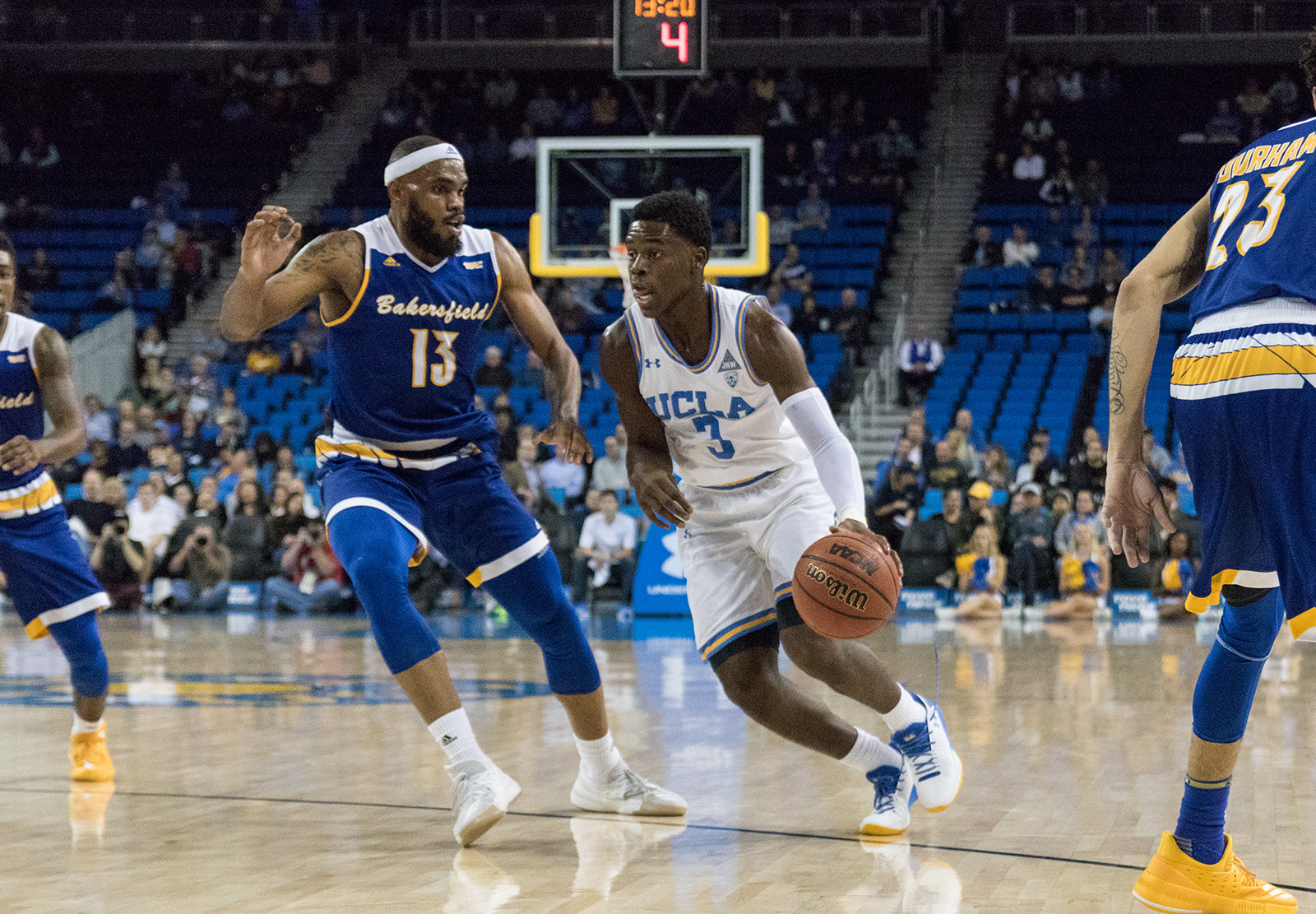 Aaron Holiday set a career high with 27 points on 9-of-17 field goal shooting, but the junior guard couldn’t lead his team to victory against Michigan. (Ken Shin/Daily Bruin staff)

For the second time this season, No. 23 UCLA men’s basketball let an unranked team force overtime.

This time, the Bruins weren’t able to close out the win.

The Bruins got production out of their upperclassmen, with senior center Thomas Welsh and junior guard Aaron Holiday each posting career highs with 27 and 22 points, respectively. Welsh sunk both of his 3-point attempts.

The rest of the team mustered up just 20 points on 8-of-28 shooting, including 0-of-11 from beyond the arc.

But the figure that jumped off the stat page the most was turnovers. UCLA totaled 20 turnovers to Michigan’s 11 throughout the contest, with seven of the Bruins’ turnovers coming from Holiday. Redshirt sophomore guard Prince Ali came in second on the team with four.

UCLA led for 78.9 percent of the game, and exited the first half up by 3 despite 12 turnovers in the opening period. The Bruins started the second half with a 13-4 run, but the Wolverines clawed back and eventually tied the game on a pair of free throws from guard Eli Brooks after a foul by Welsh.

This play came directly after redshirt sophomore forward Alex Olesinski hit just one of his two attempts from the charity stripe.

In overtime, UCLA only scored twice in but turned the ball over three times – twice by Holiday and once by Welsh – en route to the Bruins’ second loss of the season, both on the road.