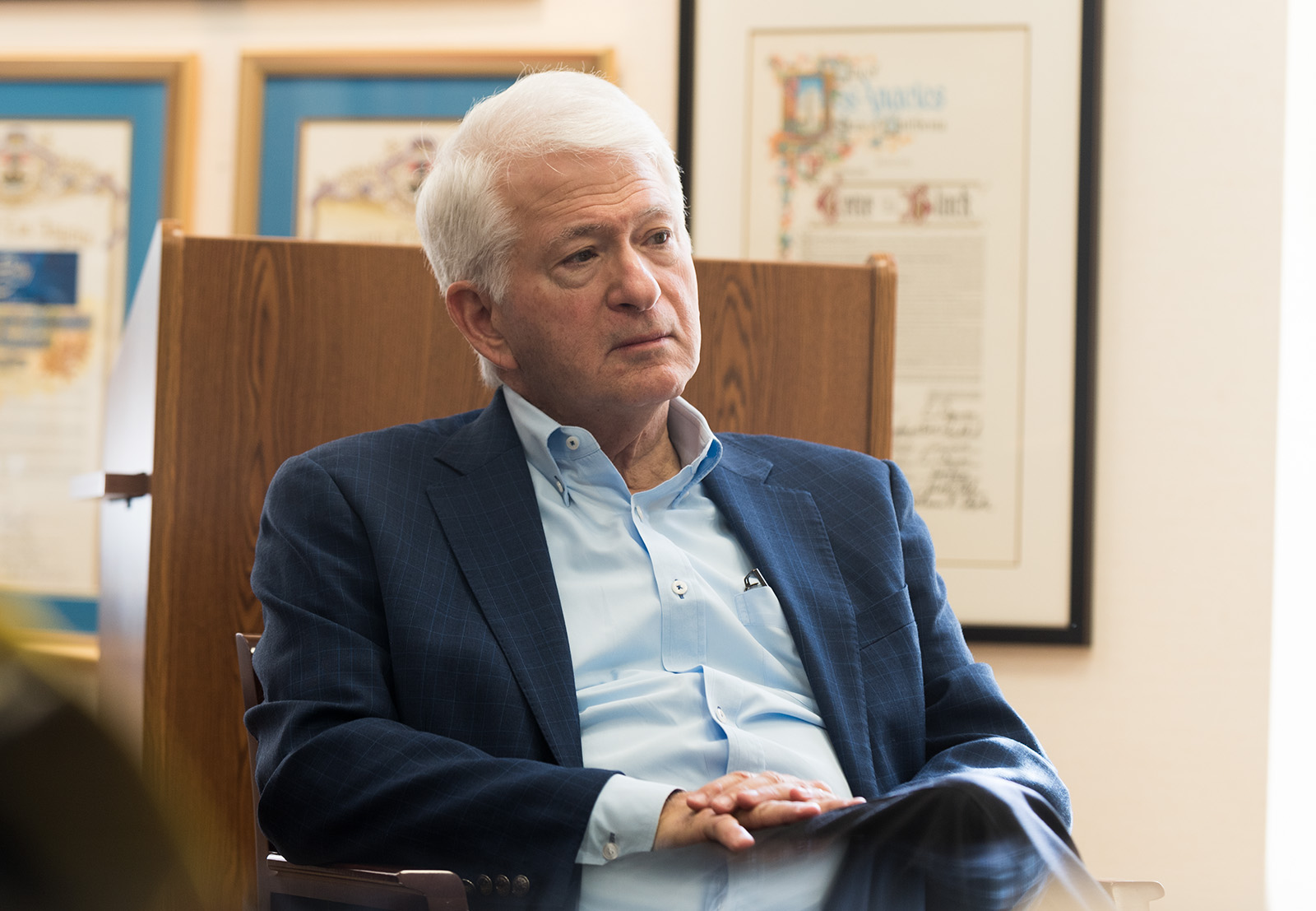 Chancellor Gene Block and other campus administrators met with the Daily Bruin Editorial Board on Friday and discussed campus issues, including the university’s response to the Skirball fire. (Hannah Burnett/Assistant Photo editor)

Chancellor Gene Block meets with the Daily Bruin Editorial Board every quarter to discuss issues affecting campus and explain administrative policies. At their meeting on Friday, Block, who was joined by Vice Chancellor Jerry Kang, Administrative Vice Chancellor Michael Beck and Dean of Students Maria Blandizzi, spoke about the administration’s response to the Skirball fire, student housing insecurity and Centennial Campaign for UCLA. Block also addressed his celebrity status on the Facebook page, “UCLA Memes for Sick AF Tweens.”