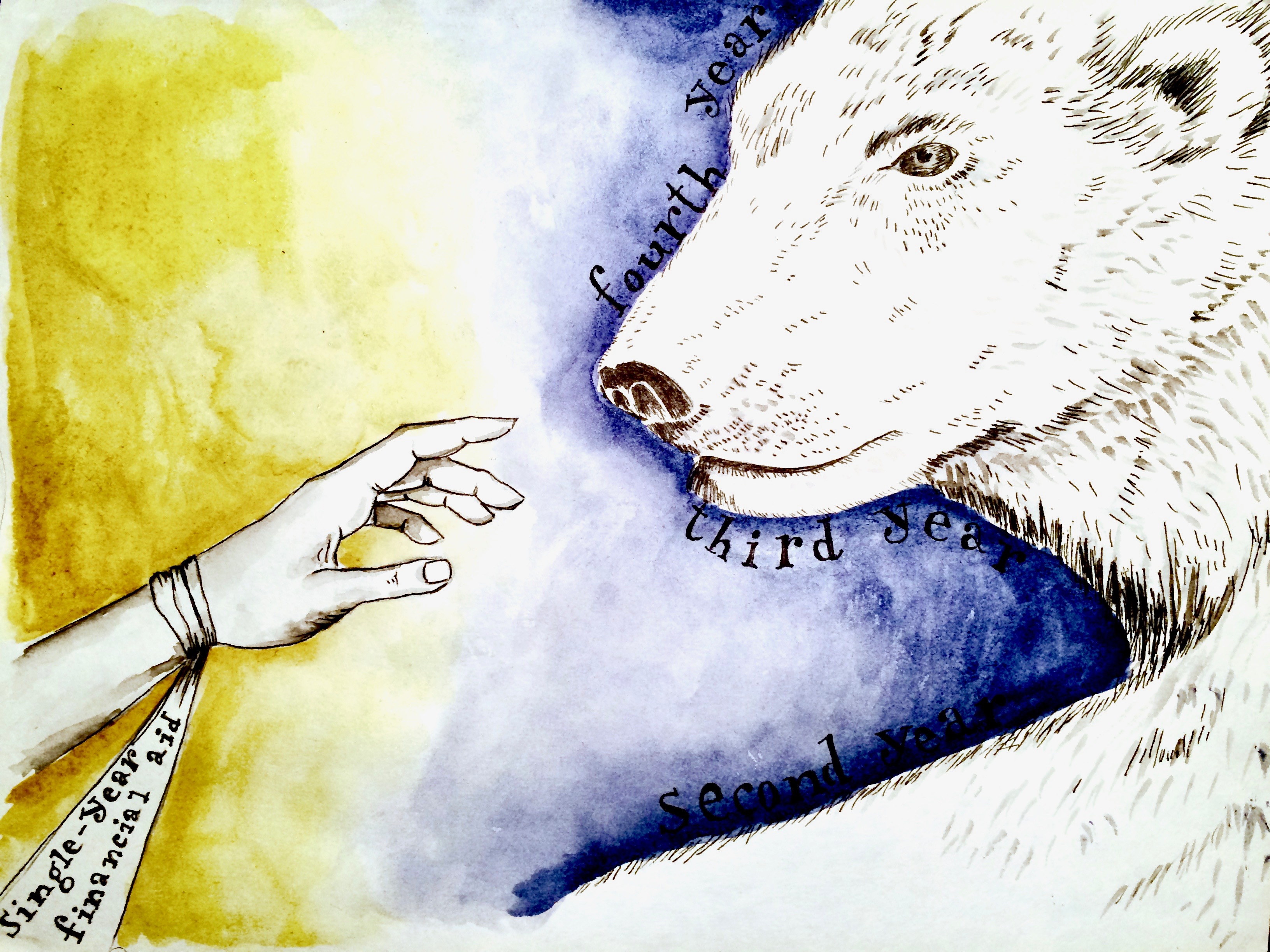 Excitement, cheers, tears of joy. Maybe even some coherent sentences. These are typically prospective students’ initial reactions to finding out they’ve been accepted to UCLA.

But reality kicks in later, when these students have to figure out how to pay tuition and housing costs, and when they must work up the courage to open their first financial aid package and find out if they’ll be paying out of pocket or taking out loans.

As of now, students are signing on to attend universities like UCLA for two or four years, but are only given, if eligible, financial aid packages that last for one year at a time. Low-income students whose families’ financial situations fluctuate are left searching for ways to meet payment deadlines each year.

In their November meeting, the University of California Board of Regents said it was looking to expand the UC’s financial aid program to provide such things as multiyear financial aid packages and summer grants to students. The UC’s Total Cost of Attendance Working Group, a group that includes administrators and UC regents, examined UC Santa Barbara’s Promise Scholars Program, a pilot scholarship that offers multiyear financial aid awards for select freshmen and transfer students. The working group suggested the UC Office of the President work with campus administrations to expand the program.

The Promise Scholars Program is indeed a promising program. Multiyear financial aid programs would give students a predicted budget they could use to plan their financial futures.

UCLA should adopt a program similar to UCSB’s and offer low-income students a multiyear financial aid plan that accounts for tuition hikes and changes in students’ financial situations. For instance, if a student’s financial circumstances change, the multiyear plan should be flexible and adjust accordingly.

“UC Santa Barbara found that (its) lowest income students did not typically see significant changes in their financial aid eligibility from year to year, which makes offering multiyear aid packages feasible,” she added.

These discussions come after the UC Regents increased tuition fees for the 2017-2018 school year, and are considering another tuition hike at their meeting next month.

Tuition hikes can drastically change students’ lives. Financial aid recipients have to reroute aid money normally used to pay for textbooks and other supplies to more important things like actually staying enrolled in school. And it’s understandable that this can put stress on students, since there’s no knowing what each year’s tuition will look like while they’re enrolled at UCLA.

This financial uncertainty especially applies to student housing. Housing affordability is dramatically affected by fluctuations in year-to-year financial aid plans. Some students can afford to pay for housing one year and but not the year after, and some are forced as a result to commute from somewhere far from campus. Bruins’ physical and mental health are put in jeopardy because of this added stress.

For example, Daisy Saucedo, a third-year English student, said her family’s financial situation dramatically changed after her first year at UCLA. She said this left her worried about how much aid she would be receiving from the university. She now commutes from home to save costs, despite living on campus her first year.

“I began to question my housing situation – as in considering (commuting) my second year to save money and not take on a loan,” Saucedo said.

Gabriela Gomez, a third-year biology student faced a similar ordeal. She lived on campus her first year, but had to pay about half of her housing costs out of pocket even with the financial aid she received. In her second year, she chose to commute because she didn’t want to burden her parents.

Gomez said a multiyear plan would allow her to know what financial aid she would receive the next year and therefore make the decision on whether she should commute or live closer to campus. She added she wouldn’t have to make decisions founded on uncertainty if such an aid program was offered.

As such, UCLA should create a financial aid program similar to UCSB’s. Implementing this kind of program would make tuition hikes manageable for students, as there wouldn’t be any unexpected fluctuations in the aid they receive. Such a plan should be flexible enough to take into account any changes in students’ financial conditions.

Students would be able plan ahead and see whether loans will be necessary or if they should seek out scholarships to finance their higher education. Creating such a program will no doubt be difficult, but UCLA could pilot a program, much like UC Merced is, to iron out the logistics of such a plan.

Having an estimated financial aid package for a student’s entire college term can alleviate their doubts and financial uncertainties. It can assure them that UCLA was the correct choice.