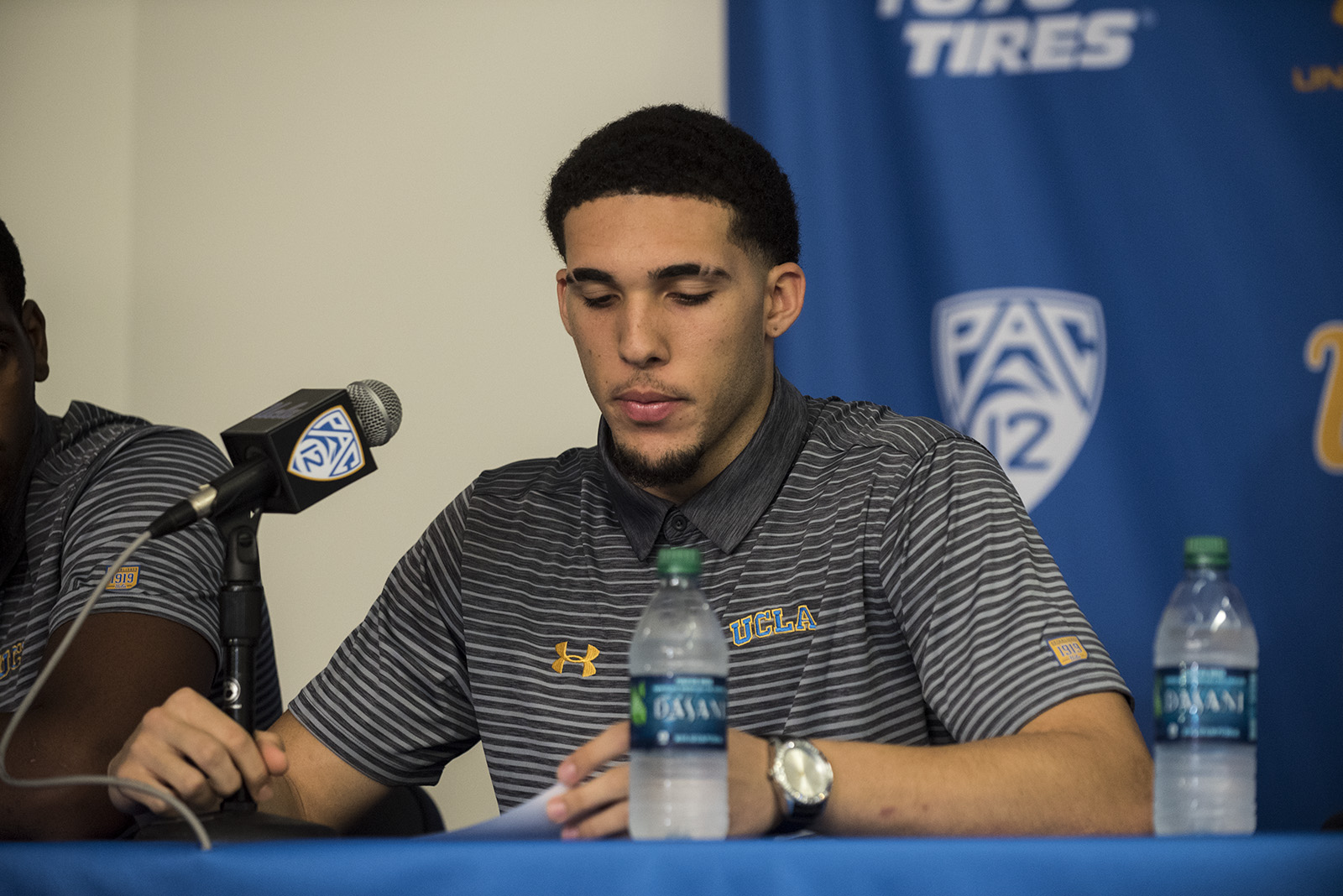 After all of the hype surrounding having another Ball brother at UCLA, LiAngelo Ball will not appear in another game as a Bruin. (Michael Zshornack/Photo editor)

The site reported that although LiAngelo Ball is not yet officially withdrawn from the university, he is at home in Chino Hills, California and will not return to the university.

“I’m going to make (LiAngelo Ball) way better for the draft (than) UCLA ever could have,” Lavar Ball told ESPN’s Darren Rovell‏.

In his only game as a Bruin at Pauley Pavilion – a preseason exhibition matchup – LiAngelo Ball scored 11 points on 4-of-8 shooting with two 3s. He played 16 minutes.

“We are exploring other options with (LiAngelo Ball),” LaVar Ball told ESPN’s Jeff Goodman. “He’s out of there.”