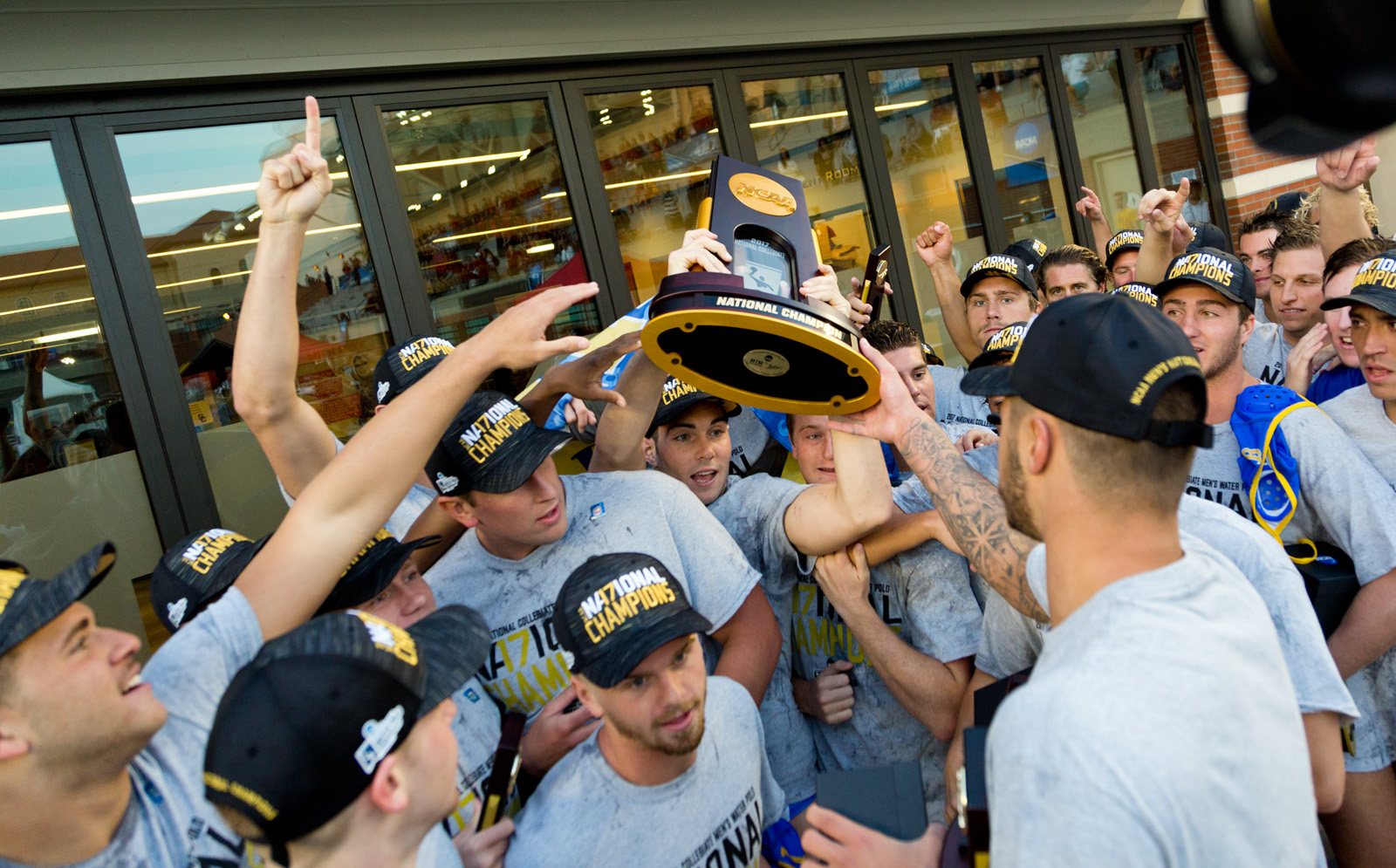 The No. 1-seeded Bruins defeated the No. 3-seeded Trojans 7-5 in the national championship game at the Uytengsu Aquatics Center on Sunday for their third title in four years.

With under a minute to play in the fourth, redshirt sophomore goalkeeper Alex Wolf lofted the ball the full length of the pool and over the head of goalkeeper McQuin Baron to put the Bruins up by two and put the game out of reach for the Trojans.

“I couldn’t be happier for this group, they deserved it,” coach Adam Wright said. “Nobody believed in us except ourselves and these guys kept believing.”

Just over a minute into the opening period, the Bruins found themselves trailing by a goal after Trojan driver Matteo Marelli put one past Wolf. Following a missed penalty shot by senior attacker Max Irving, the Trojans took a two-goal lead on a shot in front by driver Marko Vavic.

UCLA would eventually get on the board with freshman center Quinten Osborne’s first career NCAA tournament goal, as well as a late first-half strike from senior utility Alex Roelse, who was playing in his final collegiate match.

Roelse, who scored 115 goals in four years with the Bruins, said he wouldn’t have wanted to end his career in the blue and gold any other way.

“There is no other way I’d like to see this game go,” Roelse said. “To play at USC with a full stadium and tons of people shouting and screaming, and to come out with a win; the way we played with the class that we had – I think is amazing.”

The Trojans took a 3-2 lead into halftime.

After going scoreless for the first four and a half minutes of the third, UCLA tied the game at three on a goal from senior center Matt Farmer. Despite the Trojans answering back seconds later to retake the lead, the Bruins would get a pair of goals from Irving and Roelse before the end of the period to claim their first lead of the day.

A minute into the fourth, USC evened the score at five, but that would be the Trojans’ final goal of the game.

Farmer found an opening in front of the net with minutes to go, and buried his second goal of the day for UCLA, the eventual game-winner. As one of the seniors, he said his experience and the chemistry he has with his teammates allowed him to stay composed not only in that moment, but throughout the entire game.

“We’ve seen every situation there is, especially the fourth and fifth years,” Farmer said. “We know that if (we) commit to each other and commit to our coaching style that we’re going to be okay.”

When all was said and done, seniors accounted for 11 of the 18 goals scored by the Bruins in the NCAA tournament. Wright acknowledged the job that his seniors had accomplished, leading a team that lost four 2016 All-Americans back to a title.

“Everybody thought that UCLA was an afterthought this year with the departure of nine players that did some really special things, but I challenged these seniors to really take the group,” Wright said. “It’s not me, it’s them.”

After failing to reach the national championship for the first time in three years a season ago, the Bruins are champions once again.