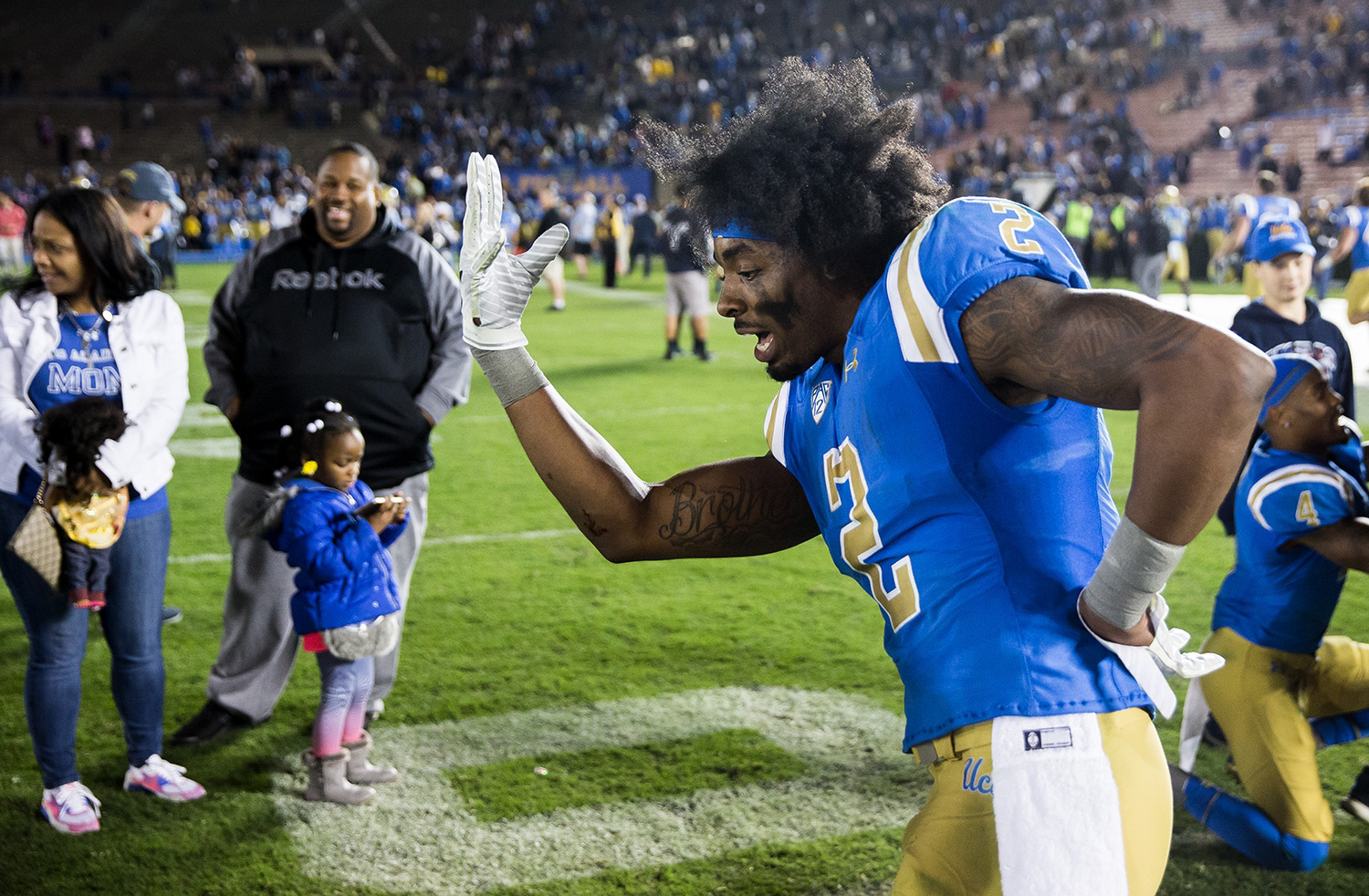 UCLA football earned a chance to go bowling by besting California with a score of 30-27 the Friday after Thanksgiving. (Aubrey Yeo/Daily Bruin senior staff)

The Bruins now know which bowl victory they’ll be chasing after.

Kansas State came into the season ranked No. 20, but fell out of the rankings after a 14-7 loss to Vanderbilt in the third week of the season. In the same weekend, UCLA’s loss to Memphis knocked them out of the poll, in which they had held the No. 25 spot for one week.

Last weekend’s victory over California secured UCLA’s bowl berth. Junior quarterback Josh Rosen exited that game at halftime with an apparent injury, but interim head coach Jedd Fisch said he took Rosen out as a precaution, and wanted to make sure he was ready for the bowl game.

“I am excited to lead this football team at the Cactus Bowl versus Kansas State, as we look to secure a second win in a row and end the 2017 season with seven wins and a winning record,” Fisch said in a release. “I know we are all looking forward to spending the next few weeks together preparing, competing hard, and playing with great enthusiasm, especially as our seniors play for their final time as Bruins.”