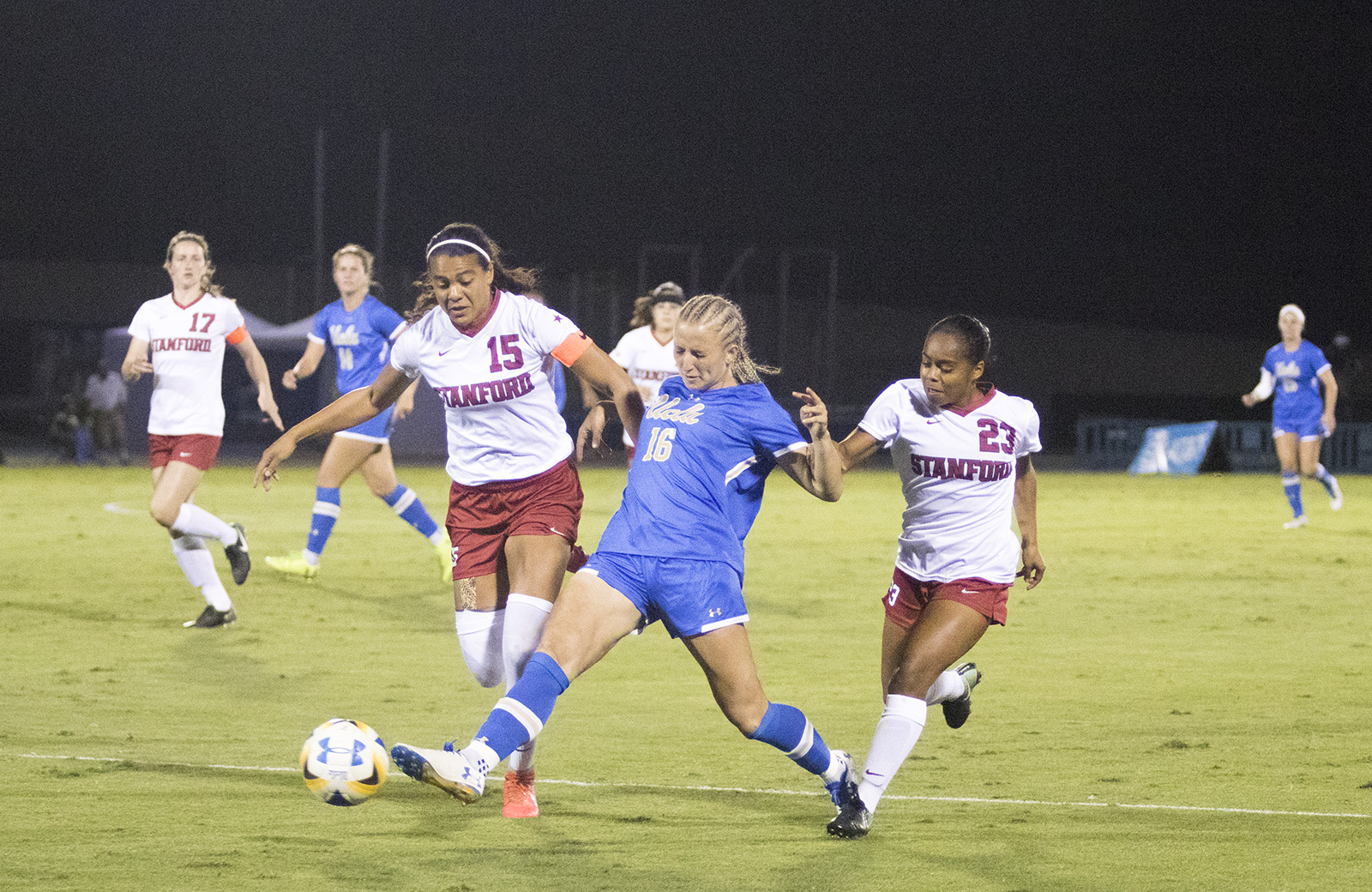 Although UCLA women’s soccer will take on Duke and Stanford will face South Carolina in the semifinal round on Friday, there is a possibility that either team could advance to the finals on Sunday and surpass the other in the national championship count. (Ken Shin/Daily Bruin staff)

UCLA has an opportunity to reclaim its spot as the top athletic program in the country this weekend.

From 1996 through May, the Bruins boasted more national championships than any other school. After Stanford beat UCLA in the women’s water polo title game last season, however, the two schools have been tied at 113.

Each program has a chance to take the lead this weekend – and UCLA has the edge.

So at the end of this weekend, one of three scenarios will have taken place: UCLA takes the lead back, Stanford claims the lead for the first time in school history or the tie persists.

One specific sequence of events would make for a very interesting women’s soccer game.

If UCLA men’s water polo falls in its semifinal matchup but the Bruins and the Cardinal both win their women’s soccer semifinal bouts, Sunday’s NCAA championship game will determine which school is No. 1 in national championship titles.

Another interesting scenario could take place if Stanford women’s soccer wins the title, and UCLA men’s water polo advances to its title game. That could put the Bruins in a position to tie the total at 114 just hours after the Cardinal take the lead.

It’s a huge weekend for both programs, with Sunday specifically having the chance to be a monumental day. The women’s soccer title game starts at 9 a.m. and men’s water polo will get going at 3 p.m.