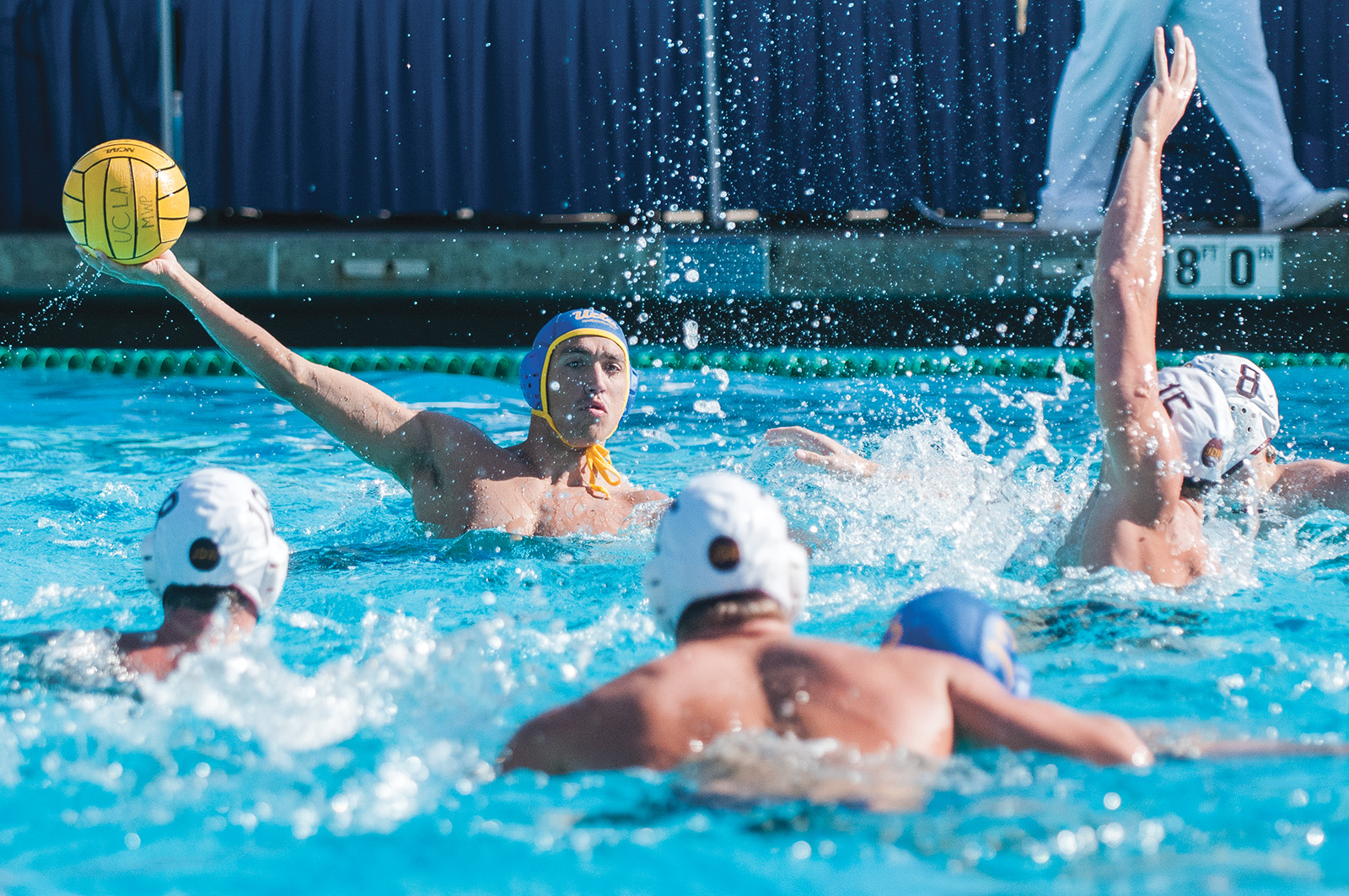 Men’s water polo have the opportunity to secure UCLA’s 114th overall national title, and the Bruins are seeded No. 1 going into this weekend’s tournament. (Hannah Burnett/Assistant Photo editor)

Winner takes all this time around, and the players of the UCLA men’s water polo team are seeded No. 1.

UCLA will take on Pacific after the Tigers’ 13-12 win over the UC Davis Aggies on Thursday.

In late September, the Bruins faced off against the Tigers (21-5) in the Mountain Pacific Invitational and came out victorious with a score of 9-8. However, it was a closely contested match between two top-five opponents.

The NCAA championship tournament weekend is extremely important to every member of the team, allowing the players on the team to give it their all to claim the championship title. However, for a few UCLA men’s water polo members, this weekend claims its importance because it may be the last time stepping into the pool as a Bruin.

While this sentimental game may be at the forefront of many players’ minds, it’s not distracting them from preparing for the challenge ahead.

“We watch a lot of footage and have our scout. We’ve also tried to play in similar styles to the way the teams we may come up against do,” Roelse said about preparing for the tournament out of the pool.

In the end, the team knows it has to enter this game with the confidence it has had in every other game and do nothing much differently, said coach Adam Wright.

“For us, nothing changes. We try to keep everything the same and, you know, the reality is our goal each week is to get better as a team,” Wright said. “So, hopefully we’ll see the end result, meaning, ‘Do we put ourselves in a better position by the way we’ve trained over the past 10 days?’”

The Bruins have had a 10-day break from competition, leaving them a good amount of time to prepare for the uncertainty of their upcoming games.

“We’re used to kind of head-to-head games or prepping for one team,” said senior attacker Jack Grover. “Right now we are prepping for as many as four teams.”

Entering the NCAA championship as the No. 1 seed has given the Bruins a great advantage; however, they know that the matchups between the teams are quite similar. Each player knows that the top-five seeds are equally in the running, making each round filled with uncertainty, Roelse said.

“The seeding at this point is all irrelevant. All the teams are really good,” Wright said. “The confidence comes from what we’ve been doing here all year and the reality of these guys is that they’ve come a long way as a group and our hope is our best is yet to come.”

UCLA will face Pacific at the Uytengsu Aquatics Center on Saturday at 3 p.m.