Questions arise about Persian Square in the Westwood Neighborhood Council 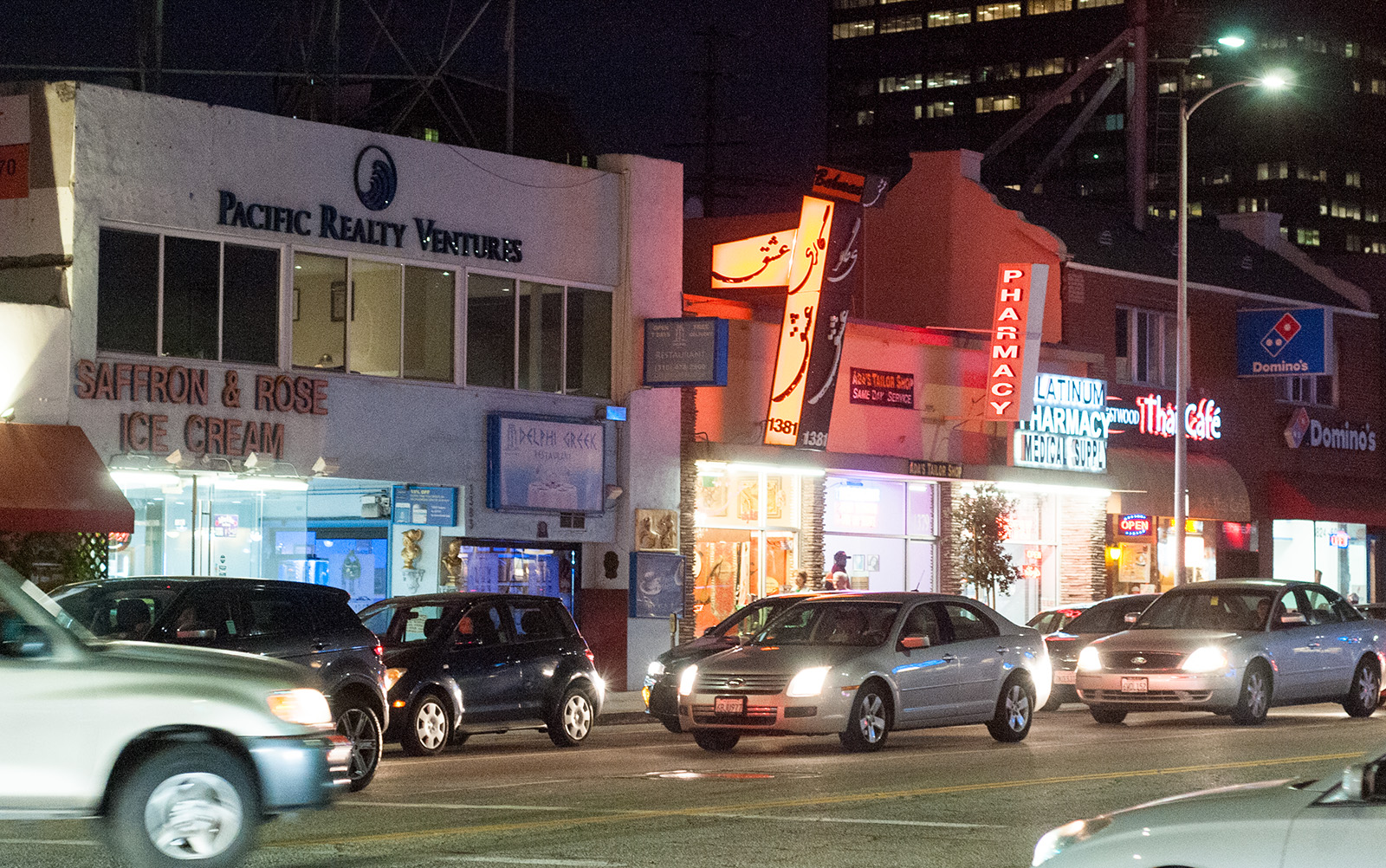 Westwood Forward, a coalition of students and business and home owners, recently proposed a new neighborhood council. Persian Square community members said they do not think the proposed council would have much impact on them but it could possibly benefit them. (Michael Zshornack/Photo editor)

Several Westwood community members think a proposed neighborhood council should not include Persian Square while others believe the new council would benefit the Persian community.

Westwood Forward, a coalition of students, business owners and homeowners created earlier in November, proposed subdividing the Westwood Neighborhood Council to better represent the interests of students and business owners near UCLA. The subdivision, if successful, will create the North Westwood Neighborhood Council to serve Westwood Village, North Village and UCLA.

Neighborhood councils are official bodies that advise the city on neighborhood-related issues. The current WWNC boundaries include Persian Square, a community of Iranian-American businesses south of Westwood Village. The city of Los Angeles officially designated the intersection of Wilkins Avenue and Westwood Boulevard as Persian Square in 2010, according to a press release from City Council District 5, which includes Westwood.

At recent town hall meetings where members of Westwood Forward discussed their plans, some Westwood community members said they think a new council would not adequately represent Westwood’s Persian community.

“Nothing south of Wilshire (Boulevard) has anything to do with UCLA,” he said. “I don’t agree with the boundaries they’ve proposed.”

Michael Skiles, Graduate Students Association president and member of Westwood Forward, said he did not initially consider Persian Square when drafting boundaries for the subdivided neighborhood council because he focused more on the student population that lived near the area.

Alex Helmi, who owns a rug store in Persian Square, said he does not think the city can define the area entirely. However, he said he agrees the intersection of Westwood Boulevard and Wilkins Avenue is the center of Persian Square.

“Persian Square (has) no certain borders,” he said.

Helmi also said he thinks the current neighborhood council discriminates against the Persian community, in part because of a 2014 proposal to prevent businesses from advertising exclusively in Farsi.

“It’s about time,” he said. “I was very disappointed with (the current) neighborhood council.”

“I hope (the proposed council) can make the Westwood area more business friendly,” he said.

“There is no separation – we are all together,” he said. “No one is going to separate us.”

Freddy Papen, owner of Saffron & Rose Ice Cream, said he does not usually interact with the Westwood Neighborhood Council and added he thinks a new council probably would not affect his business at all.

“No one has even come in here (from the WWNC) and told us what to do, so I’m not sure what difference this will make,” he said. “I don’t know how this will affect us.”

Faramarz Bolandpour, another business owner near Persian Square, said he thinks the Persian community will still maintain a strong presence in Westwood, even with two neighborhood councils representing it.

“Persian Square is one whole,” he said. “I don’t know that this decision will change that.”