Around the League: Pac-12 teams pack a punch in NCAA, national championships 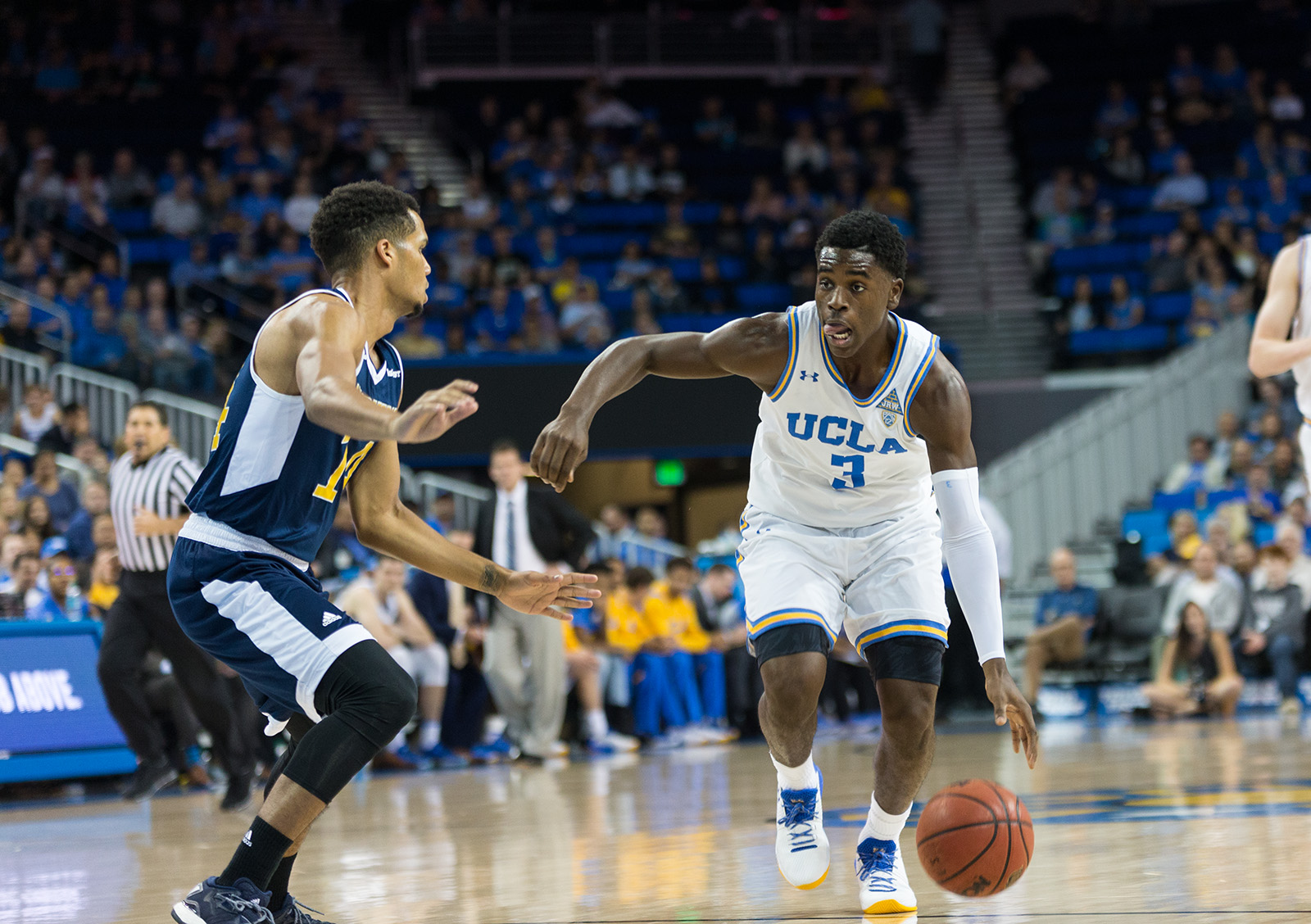 Pac-12 teams won’t start facing off against one another for another month, so they are still fighting through nonconference schedules.

Three Pac-12 schools have gotten off to undefeated starts, with No. 20 Arizona State, Colorado and Washington State all sporting 6-0 records. All three teams had a player selected as MVP of their respective holiday tournaments, including Arizona State point guard Tra Holder.

Holder was also named Pac-12 Player of the Week for the second consecutive week. He averaged 25.5 points, four rebounds, four assists and 2.5 steals last week, including a 40-point performance in Arizona State’s upset of then-No. 15 Xavier.

Arizona State Sun Devils trailed by 15 at half, but found a way to come back and blow out the Xavier Musketeers by a score of 102-86.

The Sun Devils broke into the top-25 as the Bruins fell out. No. 14 USC is the only other Pac-12 team still ranked following the first four weeks of NCAA men’s basketball action. The Bruins are still receiving votes in the poll.

Just under three weeks into the season, the women’s basketball scene is already taking shape.

No. 1 Connecticut is off to a 5-0 start, despite the absence of first-team All-American guard/forward Katie Lou Samuelson, who has missed the past three contests with a foot injury. The Huskies are winning by an average of 27.4 points per game and have only won one game by less than 25 points – an 18-point win over then-No. 5 UCLA last week.

As for the Bruins, they have won five of their first six games for the second-straight season, with their one loss coming from Connecticut. However, UCLA took down then-No. 3 Baylor at Pauley Pavilion just three days prior.

Other than UCLA, Pac-12 has four other teams in the top-25, including two teams that did not finish last season ranked – No. 10 Oregon and No. 24 California. Washington, which was seeded No. 3 in last season’s NCAA Tournament, is no longer ranked.

Stanford, after losing to eventual national champion South Carolina in the Final Four last season, has also taken a significant step back this year. The Cardinal are currently 4-3 and ranked No. 16 in the latest poll.

The NCAA women’s volleyball tournament begins this weekend, and the Pac-12 leads all conferences nationally with nine teams qualifying. Nine or more Pac-12 teams have secured bids in three of the past five years.

No. 3-seed Stanford (26-3, 19-1 Pac-12) secured a coveted top-four seed, meaning the Cardinal will have the opportunity to host the first four rounds of the tournament. The reigning national champions won the conference championship outright, with five more league wins than any other team.

Stanford earned three of the five All-Pac-12 awards this year, with outside Kathryn Plummer winning Player of the Year, Jenna Gray winning Setter of the Year and Morgan Hentz winning Libero of the Year.

Oregon State took home the remaining two accolades – setter Kylee McLaughlin for Freshman of the Year and Mark Barnard for Coach of the Year.

Aside from Stanford, four other teams – Washington, USC, Utah and UCLA – earned top-16 seeds and will host the first two rounds of the tournament.