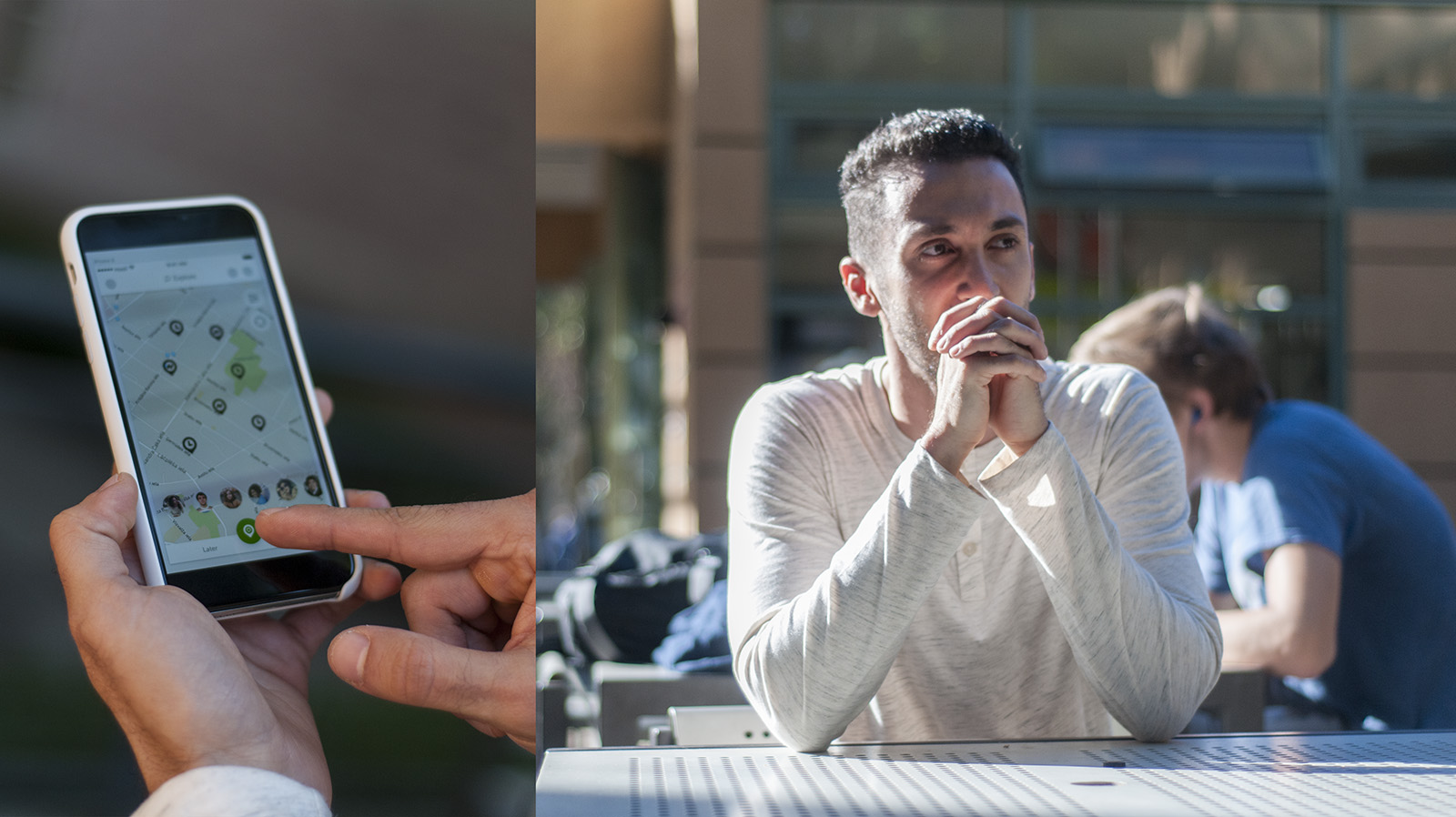 Arya Ghavami, who graduated from UCLA in 2010, created FOCUS, an iOS app set to launch in early December. The app allows users to see their friends’ current activities and plans for the near future. Users can post their plans, set a location and time duration for each activity and invite other users on the app to join them.

Users first open a map that marks events currently happening with pins. Another part of the interface shows events from the past 24 hours and ones planned for the upcoming week.

Ghavami said he created the app to provide individuals, including college students, a single platform to coordinate everyday social activities such as group study. He said he thinks most people typically use a combination of texting and communicating via social media platforms to make plans, which can be inefficient when planning smaller or simpler events like going to the gym.

“Not everything (has to be) an event,” Ghavami said. “If I’m just hanging out or studying, I may still want to let my friends know that.”

Most social media apps do not show what friends are doing in real time or encourage users to interact with their friends in a physical, social setting, Ghavami added.

“I know everything about what they did yesterday, the day before, even an hour ago, but there’s no active element to them,” he said.

Ghavami added that FOCUS users who participate in an activity or event can add pictures to the pin to create a single consolidated album on the app. He added he thinks this can be difficult to do on Facebook because participants often post the same photos of events separately.

Hanan Al-Hakim, a friend of Ghavami’s, said the app gives users more to engage with than mainstream social media apps like Instagram.

In the past, Al-Hakim said she had to text people individually or use group chats to make plans.

Kia Najasi, a friend of Ghavami’s who graduated from UCLA in 2015 and tested the app, said he likes the visual aspect of the map and thinks the interface’s simplicity makes it easy to use.

Ghavami said he hopes his mobile app will ultimately get users off their phones and make it easier for them to socially interact in real life.

“I don’t want social (media) to be a black hole that I’m scrolling through forever,” he said. “I want it to be a portal that transports me to the real world.”