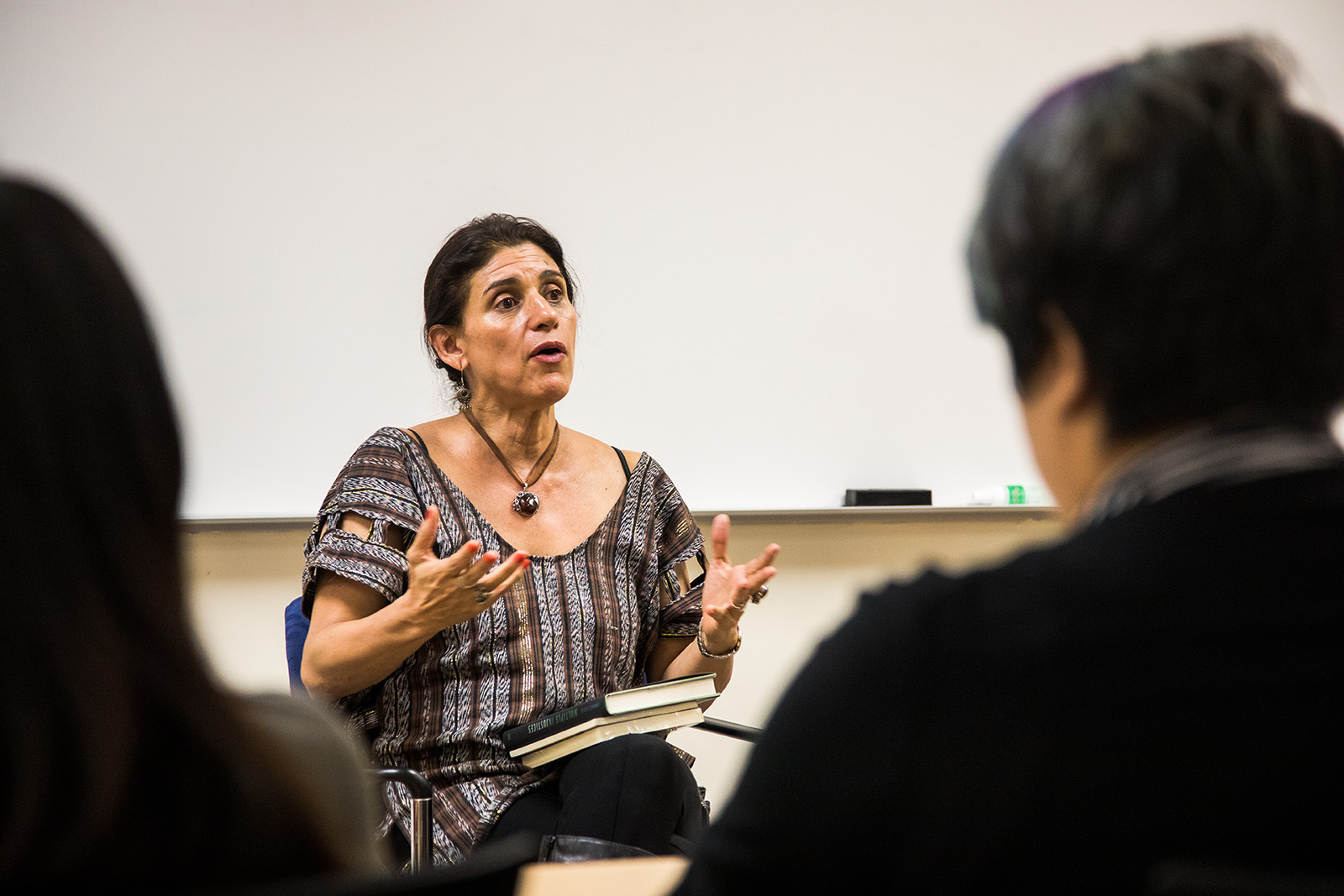 Rosalva Aída Hernández Castillo, an anthropology researcher, spoke at an event Thursday about her efforts to bring attention to the oppression indigenous incarcerated women in Mexico faced. (Daniel Miller/Daily Bruin)

An anthropology researcher said at an event Thursday she hopes to improve the lives of indigenous women across the Americas by highlighting their stories.

Rosalva Aída Hernández Castillo, a professor at a research center in Mexico City, talked about her findings from researching incarcerated indigenous women at a talk hosted by the UCLA American Indian Studies Center in Bunche Hall. Hernández Castillo, who has conducted anthropological fieldwork in Latin America for over 25 years, said many of the incarcerated indigenous women in Mexico she worked with did not know why they were jailed and had experienced multiple instances of sexual violence.

Hernández Castillo said she was able to empower many of the women by helping them share their experiences through print media. She added she contacted local publishing companies and was able to publish autobiographies and editorials on the women to spread awareness on the systematic oppression and violence they had experienced.

“There needs to be a dialogue in which indigenous women can talk to authorities and lawyers,” Hernández Castillo said. “That way both can learn from each other.”

Hernández Castillo said she also hopes her book will help bridge the gap between Latin America and the United States and Canada on indigenous identity and the fight for civil rights. She added she thinks discussions about indigenous-Americans are often limited to groups exclusively from the northern or southern hemispheres.

Ramon Hernández, a fourth-year ethnomusicology student who attended the event, said he thinks it is important to have conversations about issues indigenous people throughout the Americas face, including racism and government denial of cultural heritage and identity.

“It brings up conversations of colonialism and while colonialism … happened throughout the Americas, it happened very differently in both (hemispheres),” Hernández said. “Having these conversations and communicating with each other … it’s good to see that we’re finding similarities.

“I hope (the people who attended) gained … an understanding of the importance of collaborative research and the ways it can be used to serve indigenous communities, ” she said.

Hernández Castillo said she hopes to use the stories to unite the struggles of indigenous peoples in North and Latin America and bring more political and cultural awareness to their issues.

“To close ourselves to the dialogue of other languages is to limit the communication between countries, and to prevent the spread of ideology and culture,” she said.