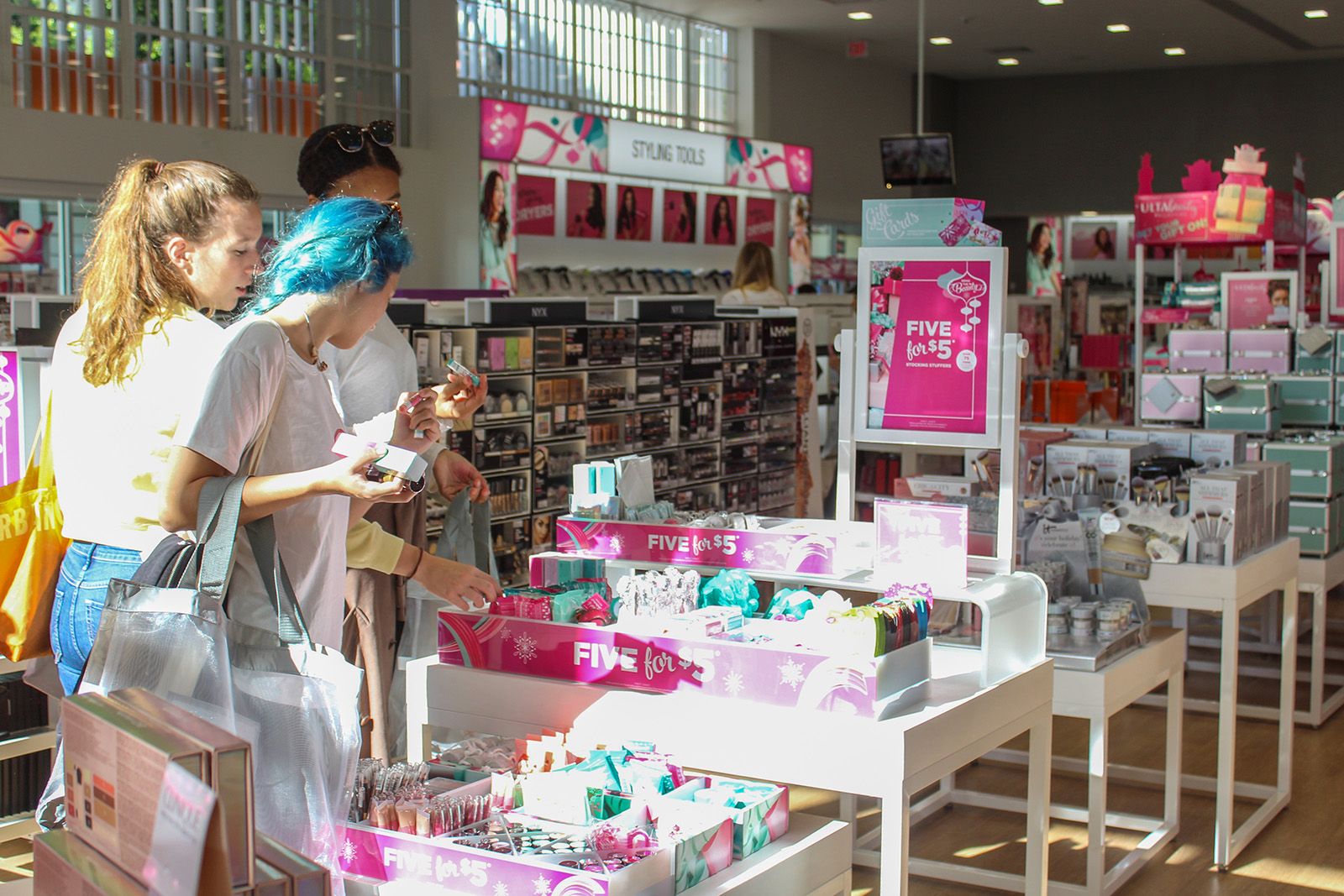 ULTA Beauty, a store that sells makeup, skincare and hair products, and has a hair salon in the lower level, opened in Westwood on Friday. (Lindsay Weinberg/Daily Bruin senior staff)

A new cosmetics store opened its doors in Westwood for the first time Friday after months of delays.

ULTA Beauty, a beauty store that sells makeup, skincare and hair products, opened on the corner of Kinross and Gayley avenues. The store also has a hair salon in the lower level.

Michelle Barrett, general manager for the Westwood location, said the store had been undergoing renovations for several months and the scheduled opening for October had to be delayed several times.

“There were some electrical issues in the building, so the opening got pushed back twice, but it’s all good now,” she said. “Everything’s fine and ready to go.”

Pam Lent, ULTA’s vice president of real estate, said there were some delays in renovating the building because the previous owners had not kept the building up to code.

Lent added she is hopeful the new location will garner attention from students because it offers a variety of brands usually sold in department stores.

“We’ll serve students who won’t have to leave the area,” she said. “It will bring a lot of footsteps into the Village for that.”

Andrew Thomas, executive director of the Westwood Village Improvement Association, said he thinks the new business will do well in Westwood because it is already a successful chain. He added the association’s office had been receiving calls asking about the store’s opening because their number is the first to appear when people search for the Westwood ULTA location online.

“It feels like it’s been a long time coming,” he said. “Phones were ringing off the hook asking, ‘Hey, when are you guys going to be opening?’ We might have received 500 calls in the last month.”

Thomas said he is hopeful the new location will generate business in the immediate area.

“There’s been a lot of development in that corner. I think we have a potential to have a well-activated corner in that district,” he said. “ULTA’s that last piece of the puzzle.”

Laura Oswald, a UCLA Health Sciences Development employee, went to the opening and said she was happy to see a new high-end makeup store open in the area.

“It’s great there’s shops coming back to Westwood,” she said. “There’s not a lot here.”

Kathy Chung, a UCLA alumna who lives in the area and also attended the opening, said she plans to go to the store regularly because she loves shopping for beauty and skincare products.

“Whenever I need to go to ULTA, I need to do an online purchase and hit that purchase minimum for free shipping or go to the mall,” she said. “So I’ve been eying (the new location) since they announced it.”

ULTA’s official grand opening event will happen the first weekend of December, according to the Westwood Village Improvement Association’s website. The first 100 people in the store that weekend will receive gift cards and coupons.