UCLA administration should step in to improve student voter turnout 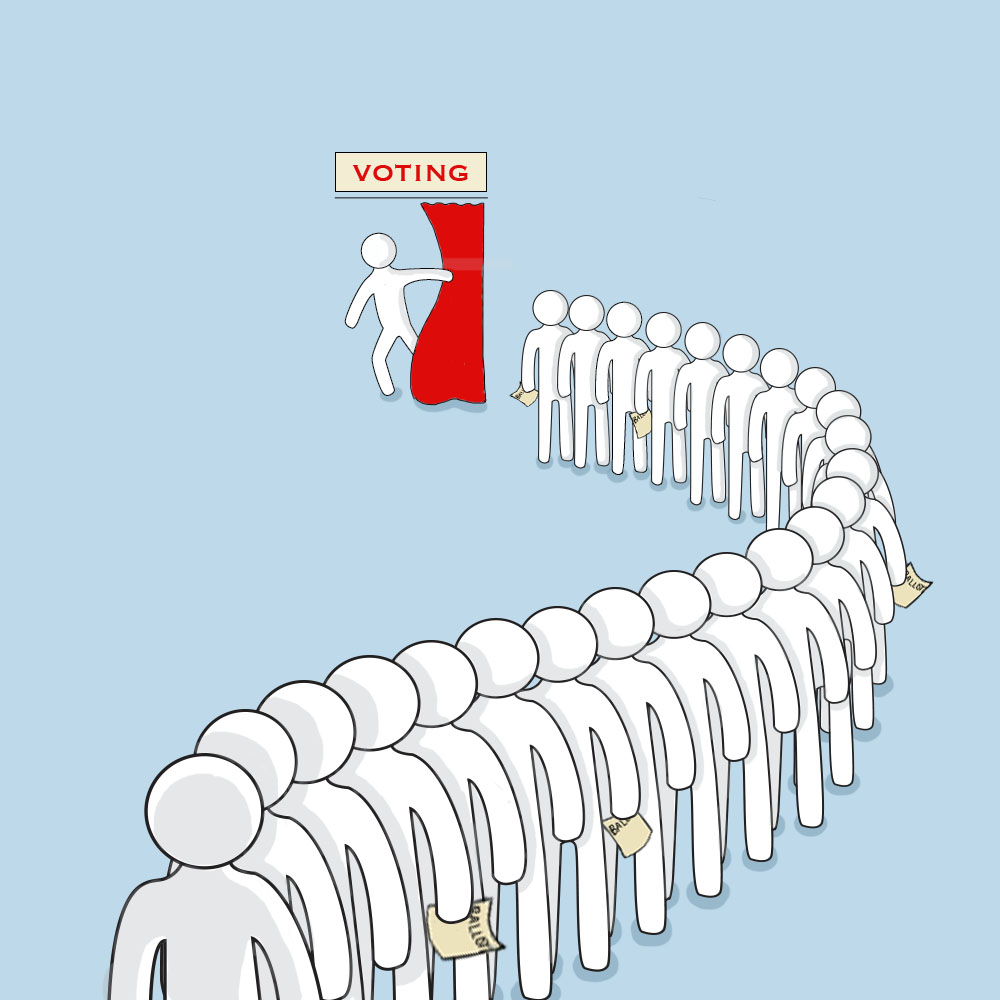 UCLA students may appear to be among the most politically engaged college students of their generation – at least, it seems that way after Monday night’s lively protests in response to a high-profile controversial speaker coming to campus .

In the municipal election held in March, only 6 percent of UCLA students who were registered to vote turned out to the polls. This is in spite of student groups having tried for years to increase UCLA student voter turnout, but effectively only succeeding in increasing the number of registered voters. For example, BruinsVote!, a student-run coalition dedicated to getting students to vote, registered more than 10,000 UCLA students last year. The Los Angeles municipal election, however, hardly saw any of these 10,000 students show up.

However, low voter turnout does not have to be the reality at UCLA. Students have the potential to notably influence local and state politics, but the university keeps falling short by leaving the responsibility of voter registration and turnout to student groups.

The solution instead needs to come from the administration.

The California state government seems to understand this. In response to low turnout rates and the upcoming election next November, University of California and California Secretary of State passed a memorandum, or a written initiative for future action, to increase voter turnout and registration at UC campuses. UCLA should heed this memorandum’s suggestions and institutionalize voting at the administrative level by installing a point person under the Office of the Vice Chancellor of Student Affairs to coordinate voter registration and turnout.

The UC suggested that each campus set up its own center to manage voting. However, creating a voting office is infeasible, said Rafi Sands, student advisor to the UC Regents, and former External Vice President who helped coordinate BruinsVote! last year.

“Funding hasn’t been allocated,” Sands said. “The reality is that there won’t be a voting (office) on campus.”

Another issue is motivation. There is little incentive for the administration to go out of its way to figure out funding, location and management of such an office.

But while a voting office is infeasible, the UCLA administration can still make serious strides by appointing an administrator under the Vice Chancellor of Student Affairs to address the factors contributing to low voter turnout.

Sands said students often do not realize they are able to register to vote as Los Angeles residents, regardless of where their home is. They also may not be aware that they need to register 15 days before an election to be eligible to vote or that they need to re-register every time they move – which is almost every year for most students.

But a point person can help students by centralizing voting registration, sending out literature about ballot measures and candidates and coordinating UCLA’s polling places.

Director of Student Organizations, Leadership and Engagement Mike Cohn said UCLA plans to create a point person within UCLA Student Affairs who will manage voter registration and education efforts year round, but he added he is not sure if the position has been finalized yet.

Students who have voted on campus believe voting turnout and registration needs to improve at UCLA, during elections and off-seasons.

“Voter registration has the potential and power to make really important change, but turnout can be better,” said Erika Bricky, a second-year sociology student. “Without a movement to encourage voting, people don’t care as much.”

A voting management administrator should be the primary coordinator with students to communicate when they need to register to vote, where their polling place is, how to re-register if students move, and about upcoming ballot measures and candidates. The representative should send quarterly emails about registration and polls during nonelection periods and weekly emails when elections are approaching. During election quarters, they should help distribute voter information guides to students that break down ballot measures, as well as educate students about their civic rights and ability to take part in the democratic process.

Appointing a centralized point person also has implications for the creation of a centralized polling station, something Sands and some other campus members have been working to set up by the November 2018 election. Such a center would merge all of the voting locations on campus and near the apartments into one location on campus. Having an administrator focus on these sorts of initiatives can ensure new and existing polling stations better meet student voters’ needs.

Although installing a point person would reduce many of the barriers to voting that student groups have encountered, it is not the be-all and end-all solution. Giving administration full control of voter registration could result in initiatives getting bogged down by bureaucratic red tape – a facet of any higher education institution. But student groups coordinating voter registration and turnout efforts already exist, as evidenced by last year’s BruinsVote! coalition. An administrative point person would help these groups and other students have the resources they need. They would build on efforts of these groups, not supersede them.

Politics could be in the hands of students, but it will take more than just student groups to ensure the permanence of strong voter registration and turnout mechanisms. It’s time for the administration to cast its vote.