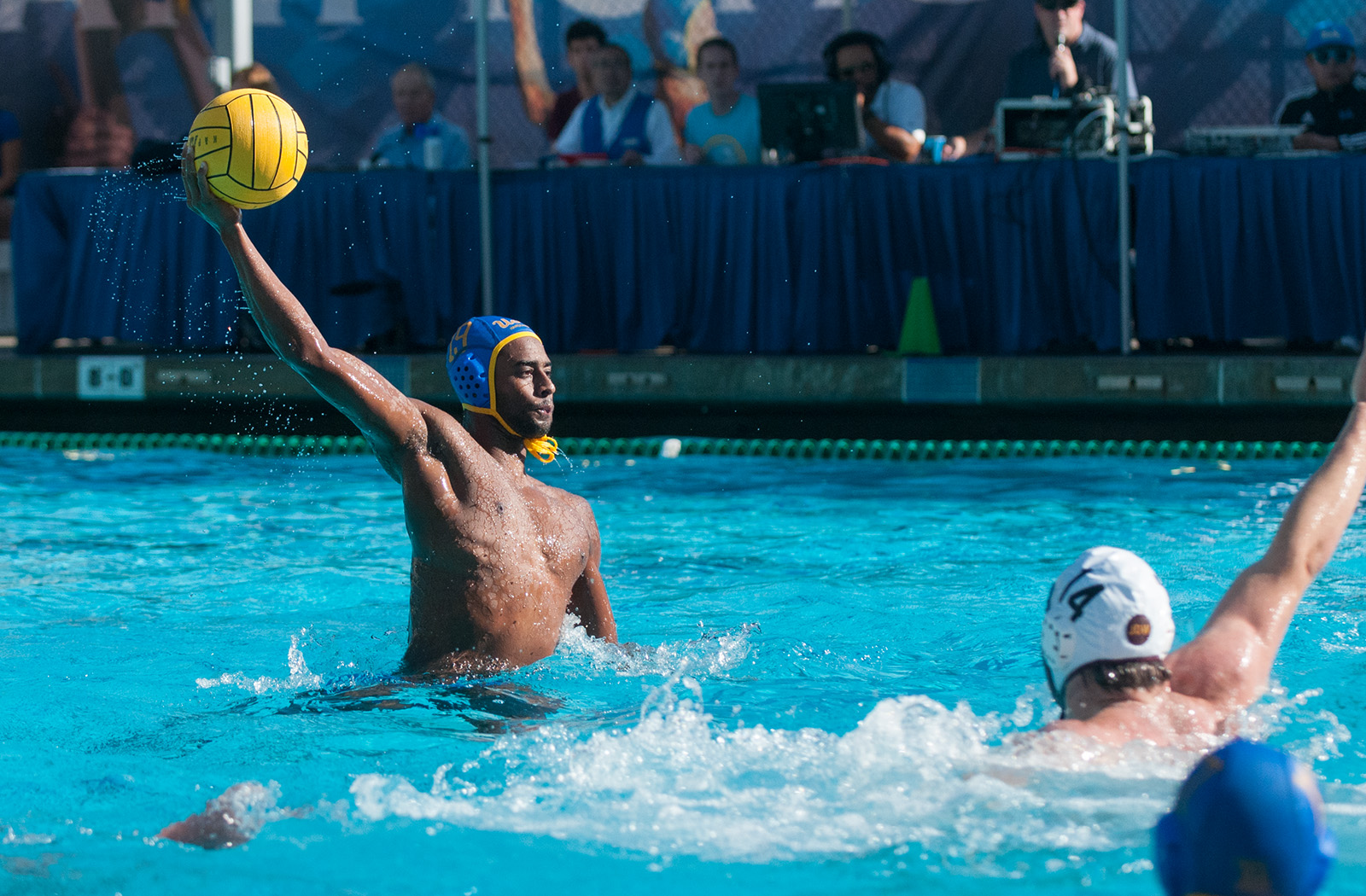 With 15 goals this postseason, senior attacker Max Irving would move into the top-10 in career goals for UCLA. The Bruins begin postseason play this weekend at the MPSF tournament in Stanford. (Hannah Burnett/Assistant Photo editor)

Through all the nuances of water polo, from defensive schemes to a double helix counterattack, one aspect never changes: scoring goals. Two Bruins have shown this ability across all four years.

Senior utility Alex Roelse and senior attacker Max Irving are prepping for the Mountain Pacific Sports Federation tournament, looking for their third collegiate title and their last chance to bring a championship to the No. 3 UCLA men’s water polo team (18-3, 1-2 MPSF).

The pair of Bruins have combined for 65 goals this season, and their impact has been apparent in every game. Either Roelse or Irving has scored in every game this year, including four each in their last game against then-No. 2 USC (22-3, 1-2).

“We try to approach each possession, each shot, each stroke, each second of the game the right way,” Roelse said. “So even if it doesn’t happen once or twice, it will the next time because we approach it the right way.”

Both players are looking ahead to their games this weekend, where their consistent scoring will be put to the test once again.

Facing California this weekend in the tournament, the Bruins will go up against a close-to-even opponent, as seven of their past nine matchups with the Golden Bears have ended with a single-goal margin.

Since the Bruins’ last victory over the Golden Bears, California has gone 8-1 and outscored their opposition 124-72, including a 12-9 win over UCLA in Westwood. But UCLA coach Adam Wright does not take California’s last few games into account when looking at his team’s chances this weekend.

“It has no bearing,” Wright said. “No matter the situation, if they keep doing the right thing, then they can put themselves in a successful position.”

Irving believes a good week of training will determine how the team does against California.

“Our trainings are really indicative of how our games are gonna be on the weekend,” Irving said. “We’ve been training with the scout team all week, and they’ve been pushing us, so we should be ready.”

Both men are also close to achieving career highs in goal scoring as well.

While Irving needs 11 goals throughout the final games to tie his career high, Roelse is one goal away from setting a personal record. Irving also has a chance to jump into the top 10 in career scoring for the Bruins. If he scores 15 goals, he will pass Krsto Sbutega, who logged 143 goals from 2005-2008.