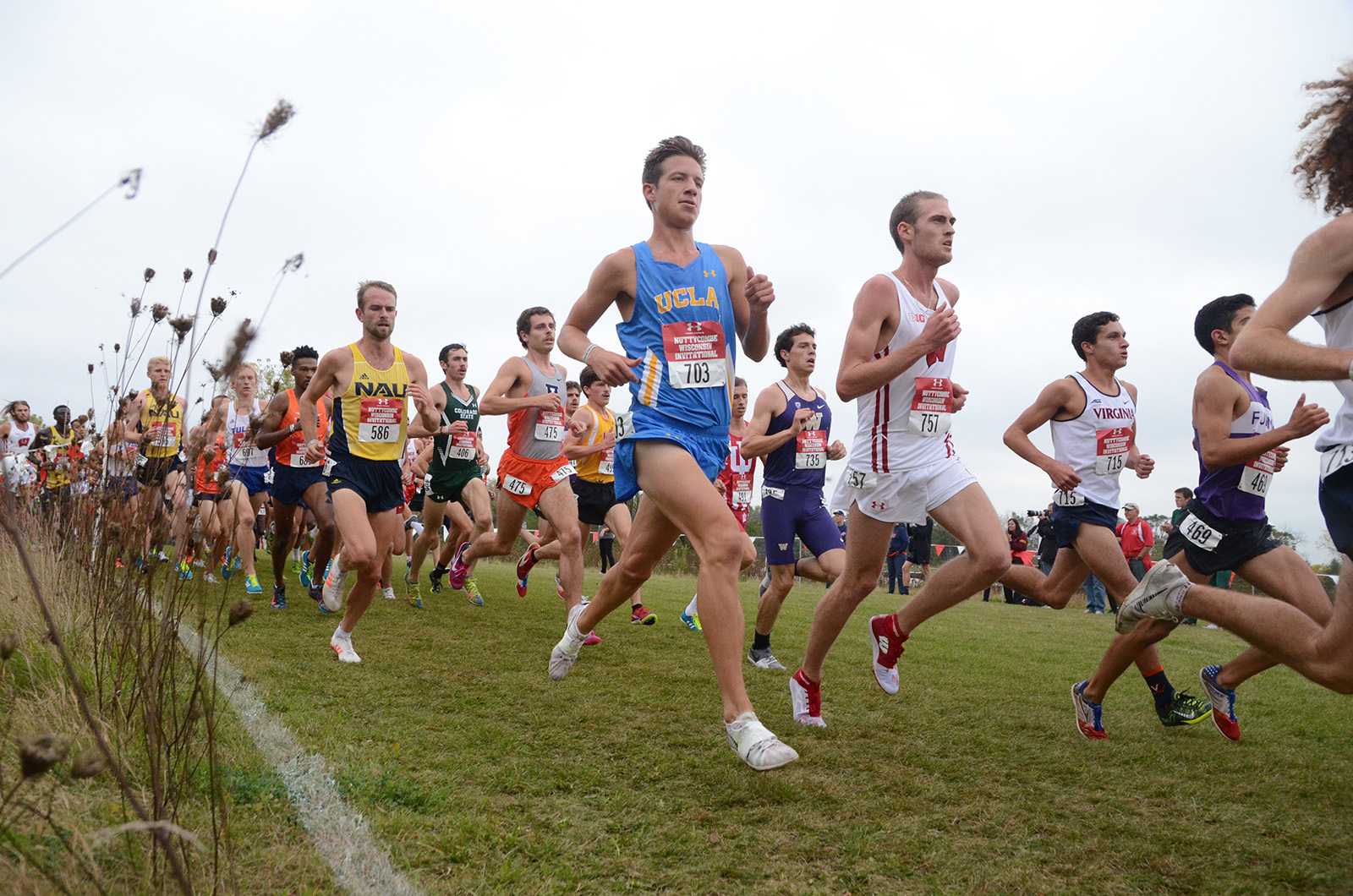 The UCLA men’s cross country team will be rejoined by junior Robert Brandt this weekend after he took a week off with a slight injury. Brandt lead the Bruins in several meets during his 2017 campaign. (courtesy of Ricky Bassman)

Early Wednesday morning nine Bruin runners began their trip across the country, with the biggest race of the season just days away.

The men of UCLA cross country will compete Saturday in Louisville, Kentucky, at the NCAA Division I Championship meet for the fourth consecutive year.

The Bruins placed fifth in the NCAA West Regionals in Washington last weekend, earning one of 13 at-large bids to the national meet. Seven other teams from the West will join them in the 31-team field, the most of any division.

For UCLA, the championship race is the goal that assistant coach Devin Elizondo and the team have worked toward all season.

“In any sport, you always want to end your season on the last day that you can compete,” Elizondo said after regionals. “Our philosophy has been ‘Let everything go on that day and see where the chips fall.’”

While the Bruins entered the West Regionals ranked 10th in the country, they have since dropped to No. 16 in the most recent national poll.

Last year’s nationals team had a similar goal of a top-10 finish, but ultimately landed in 15th place.

This year’s team looks considerably different from that squad, with a group of fresh faces stepping into the spots of outgoing seniors Ferdinand Edman, Jonah Diaz and Austin O’Neil.

“To lose half of our scoring group and have five new guys right there speaks to the depth and the strength of this young group,” Elizondo said Nov. 10.

UCLA will also get a boost with the return of junior Robert Brandt, who sat out of the West Regionals with a minor quad injury.

“I just took a week of rest and didn’t really run too much,” Brandt said. “I think it’ll serve me well going into nationals. … I’m feeling 100 percent.”

Like Reynolds, Brandt thinks a top-10 finish for the Bruins is an attainable goal, especially after his teammates’ performance Nov. 10.

“Regionals was a big step in the right direction of where we want to be at nationals,” Brandt said. “The guys ran a really great, smart team race. Watching them move up throughout the race and finish strong as a pack was super cool to see.”

Before he transferred to UCLA in the summer, Brandt ran at the NCAA finals as a freshman and sophomore for California, placing 161st and 109th, respectively.

Brandt expressed dissatisfaction with those results, but says he hopes to learn from them as he tries for a top-20 finish and All-American honors this year.

Now, Brandt and the team will have some free time in Louisville, Kentucky, before they lace up for the final time this season.

“We know that all the training has been done, and there’s nothing more we can do but really rest,” Brandt said. “The day before the race, we’ll preview the course, run it nice and slow. And then it’ll be time to go.”