Timeline: How arrested basketball players spent their time in China 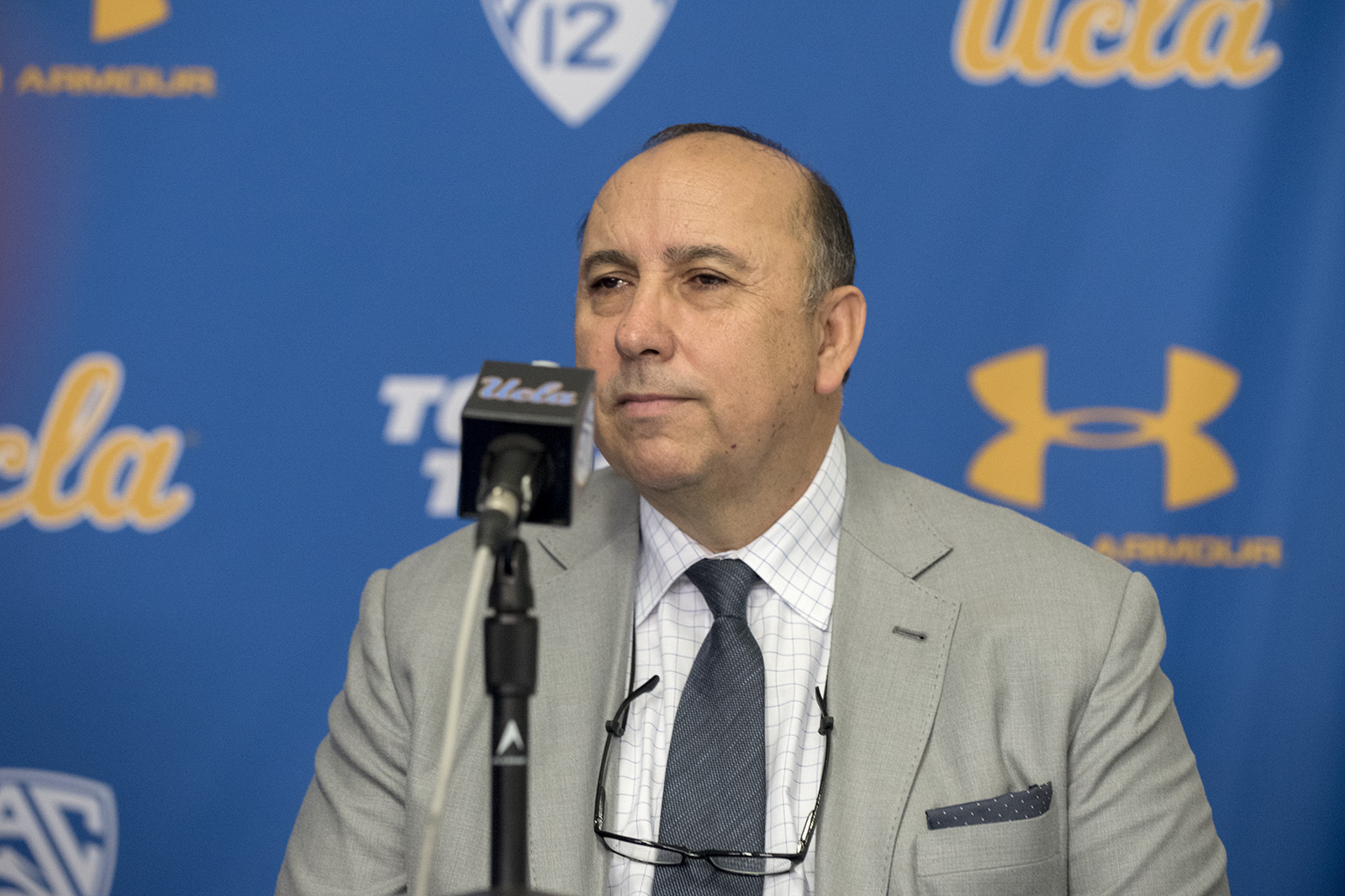 UCLA Athletics director Dan Guerrero told the press more about the events surrounding the arrests of the three basketball players in China. Here’s how the days unfolded – starting before the trip and ending when the players landed at LAX.

Prior to the trip

UCLA men’s basketball coach Steve Alford met with the team and had a talk in order to remind his players of the expectations and responsibilities that go along with representing UCLA abroad.

Guerrero called this a proactive measure aimed at preventing a negative situation of any kind.

The trip was organized as part of a Pac-12 initiative to showcase NCAA basketball internationally.

On the first full day of the trip, the team toured the Alibaba campus and met Joseph Tsai, vice chairman and co-founder of Alibaba Group.

The shoplifting occurred later that evening. The student-athletes were given 90 minutes of free time, during which they were allowed to explore the town of Hangzhou, China.

UCLA men’s basketball freshmen LiAngelo Ball, Cody Riley and Jalen Hill used this time to visit several stores adjacent to the team hotel, at which point they took items from three stores without paying for them.

Chinese police arrived at the hotel and interviewed several members of both the Georgia Tech and UCLA men’s basketball teams. Police also searched bags both in the hotel and on the team bus.

Ball, Riley and Hill were identified as likely suspects and escorted to a local police station. They were joined by UCLA associate head coach Duane Broussard and Pac-12 associate commissioner Gloria Nevarez.

The three arrested students underwent police questioning and remained in custody until the next morning.

The three players were released on bail – which totaled approximately $2,200 – Wednesday morning.

Ball, Riley and Hill surrendered their passports and agreed to travel restrictions as part of conditions for their release. They remained in the hotel from this point all the way up until their trip home.

Guerrero made note that they were not required to stay in the hotel, but that UCLA kept them there out of caution and respect for the process.

UCLA beat Georgia Tech by a score of 63-60 in Shanghai, China. The three arrested students were still in Hangzhou, China.

No UCLA personnel addressed the media following the game.

Everyone in UCLA’s traveling party returned to Los Angeles on Saturday, with the exception of Ball, Riley, Hill, Carlson and director of basketball administration Doug Erickson. Those five people remained in China.

Guerrero said the party left China with the belief that substantial progress was being made to achieve a satisfactory outcome.

Two days later, Trump told reporters he brought up the arrests of the UCLA players in the meeting.

“They’re working on it right now,” Trump said. “Hopefully everything is going to work out.“

The Washington post reported that Xi promised that the players would be treated fairly and expeditiously.

Local authorities confirmed that Ball, Riley and Hill could leave the country at 9 p.m. China time.

The charges were ultimately withdrawn, although the three did admit to breaking the law.

The three freshmen made it back to LAX at approximately 5 p.m. Pacific Standard Time.

Ball, Riley, Hill, Alford and Guerrero spoke at a press conference at 11 a.m. They did not take questions.

UCLA men’s basketball will take on Central Arkansas at Pauley Pavilion at 8 p.m.