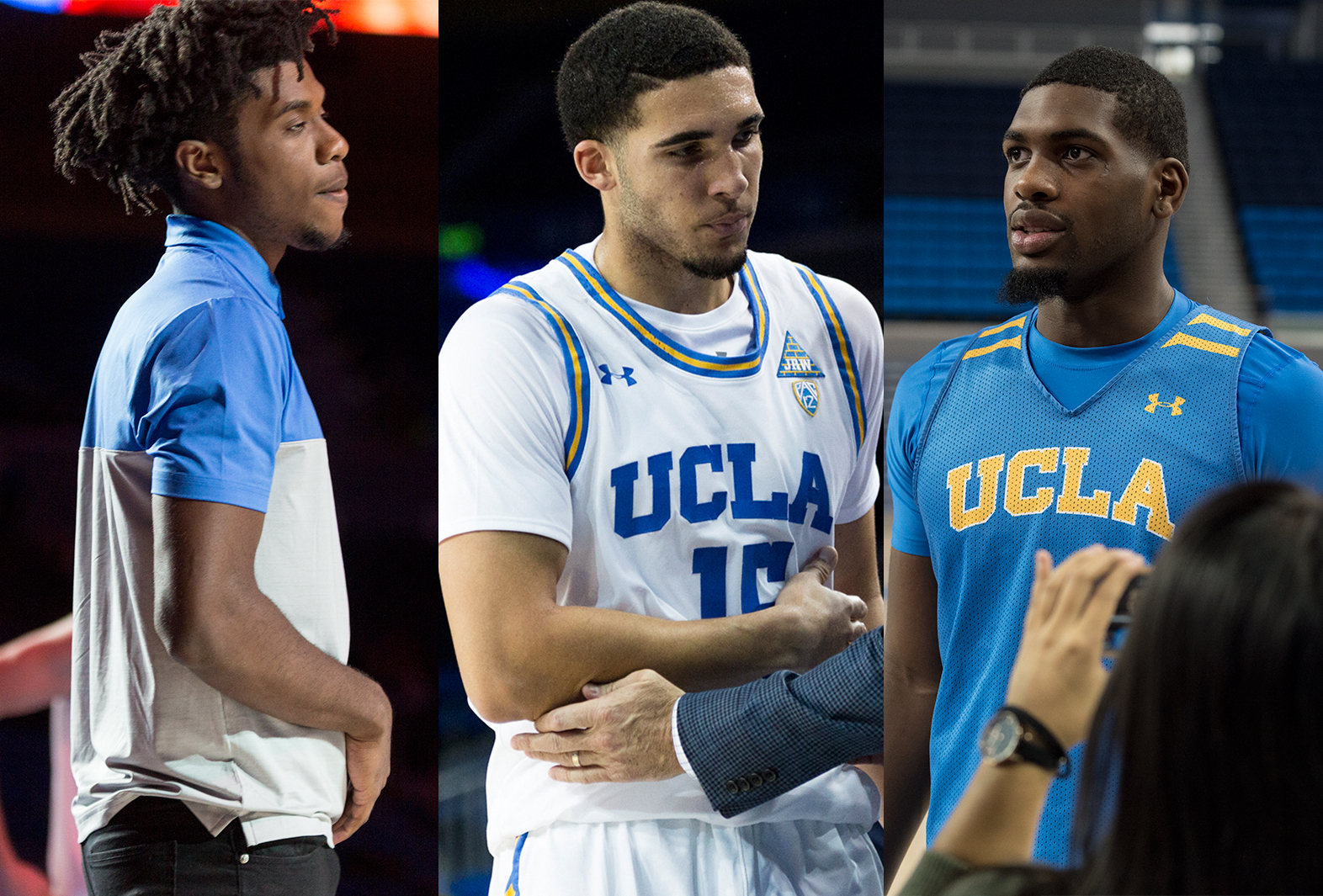 By David Gottlieb and Hanson Wang

The UCLA basketball freshmen were arrested Nov. 7 morning local time in Hangzhou, China. UCLA Athletics announced Tuesday that the three freshmen accused of shoplifting have boarded a flight back to Los Angeles.

All charges against the basketball players have been dropped, according to a report from China Sports Insider.

A UCLA Athletics representative wrote in an email Tuesday morning that Riley, Hill and Ball will share statements with the media Wednesday at approximately 11 a.m., followed by coach Steve Alford and athletic director Dan Guerrero. None of the participants will be answering questions.

“We take seriously any violations of the law,” wrote Chancellor Gene Block in an email addressed to the campus community. “Both Athletics and the Office of Student Conduct will review this incident and guide any action with respect to the involved students.”

This comes a day after the Washington Post reported President Donald Trump personally asked China’s President Xi Jinping to resolve the pending legal case. Xi assured Trump that the players would be treated fairly and expeditiously, the Post reported.

Riley, Hill and Ball were arrested on suspicion of shoplifting from three high-end stores in a shopping center next to the team’s hotel in Hangzhou but were released on bail Nov. 8. Since then, ESPN reported they have been confined to their hotel but allowed to venture across the street to get food.

Wednesday’s media availability will take place on the morning of No. 23 UCLA’s (1-0) matchup against unranked Central Arkansas (1-1), a team that did not make the NCAA Tournament last season. This will be the Bruins’ first home game of the regular season.

The Central Arkansas Bears are coming off of a 99-51 victory over University of the Ozarks, but were also handed a 107-66 defeat at the hands of No. 25 Baylor on Friday.

The game will start in Pauley Pavilion at 6 p.m.