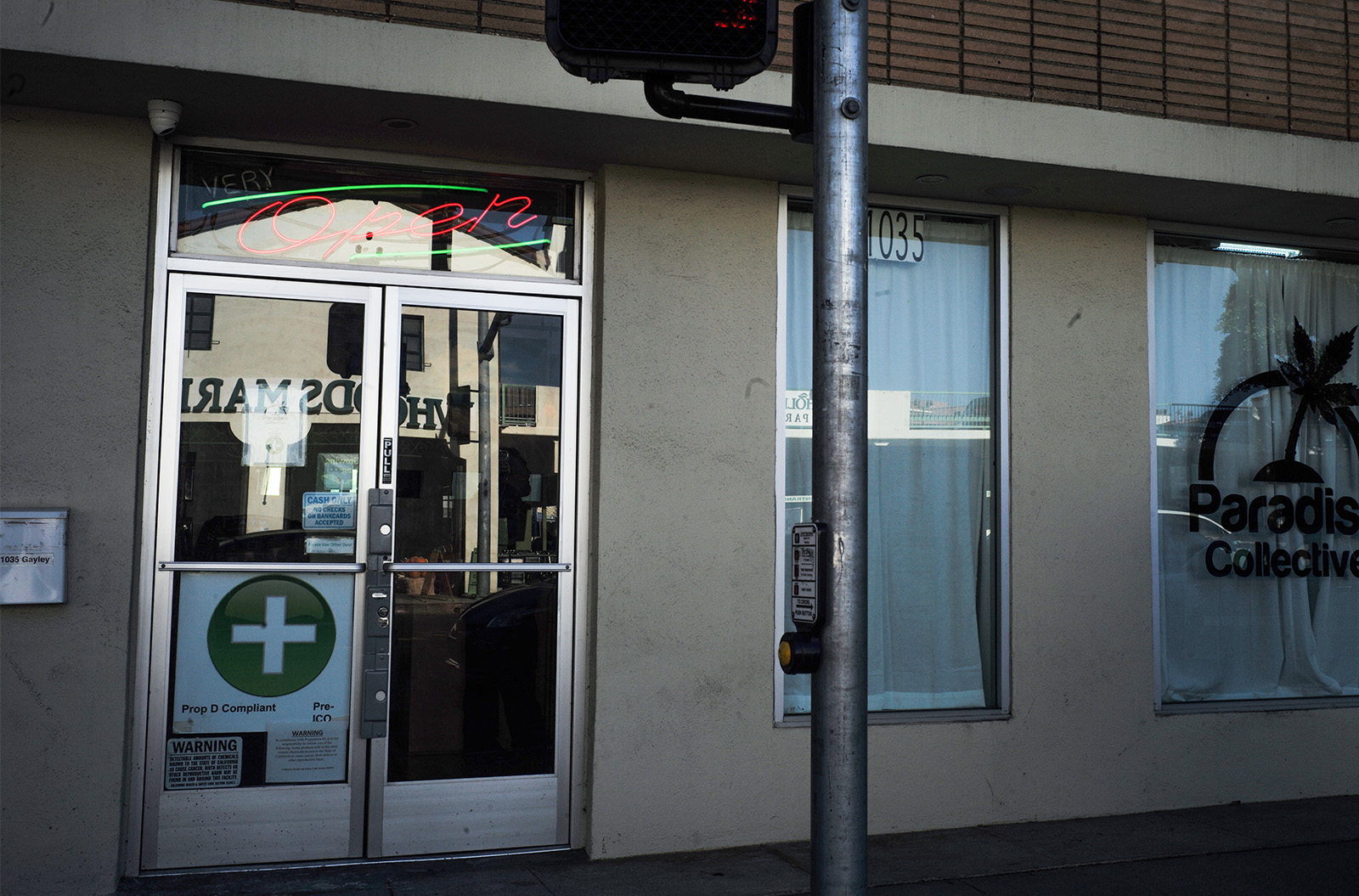 Enja Eriksen, the manager of a medical marijuana dispensary called Paradise Collective, said she thinks high marijuana taxes will force the dispensary to increase the prices of the products it sells. (Marley Maron/Daily Bruin)

California voters approved Proposition 64 in November 2016, allowing residents over the age of 21 to possess up to one ounce of marijuana and grow up to six plants. The proposition also allows businesses to sell marijuana starting in January.

Steven Davenport, a UCLA alumnus and policy researcher for the RAND Corporation, a think tank based in Santa Monica, said he thinks marijuana prices will rise during its first year of legalization.

Davenport, who has worked on the Liquor and Cannabis Board in the state of Washington, which legalized marijuana in 2012, added he thinks prices will drop once the market stabilizes.

“In Washington, for example, prices started as high as $25 per gram because the state did not start with enough growers and did not have enough supply,” Davenport said.

The black market price for an eighth of an ounce of marijuana in California is about $20, compared to about $50 in dispensaries, according to the California Growers Association. Tax rates on nonmedical cannabis could be as high as 45 percent, which includes a 15 percent statewide excise tax, according to Fitch Ratings.

“California has (historically had) a gray market for medical marijuana, with just sales tax. No one really knows the number of dispensaries, and enforcement depends on different cities,” he said.

For example, there used to be about 1,200 dispensaries in Los Angeles, until new regulations after Proposition 64 passed brought the number down to about 375, Davenport said.

Davenport said he thinks most taxes on marijuana will be on the state level. However, he added he thinks local governments will have a lot of freedom to decide which cannabis products to allow.

Enja Eriksen, manager of a Westwood medical marijuana dispensary called Paradise Collective, said changing regulations and taxes will force the dispensary to raise prices since profit margins for small businesses are already slim, and overhead costs will have to fall on consumers.

“There will be quite a (price) increase, with not as much quality in what customers get,” she said.

Eriksen said she thinks many of the store’s products will not be available next year because they do not comply with new regulations, such as childproof packaging. She added she thinks customers will continue to buy Paradise Collective’s products rather than turning to the black market despite high taxes because they are of higher quality.

Lizzie Rutkevich, a first-year art student, said she thinks UCLA students who thought about going to dispensaries rather than buying marijuana from friends or dealers after legalization may be discouraged by the higher prices.

“The regulations, age restrictions and more specific enforcements will make it harder for certain people to have access and create a larger countermarket,” she said.

Talla Khelghati, a first-year economics student, agreed that students who can’t afford the higher cost will be forced to the black market.

“People return to old habits and buy from dangerous places instead of trusted dispensaries,” she said.

However, Rutkevich thinks dispensaries will remain popular because of their convenience and safety.

“Once the recreational market picks up, the price shouldn’t be significantly higher because it will be mass produced and more available,” Rutkevich said.