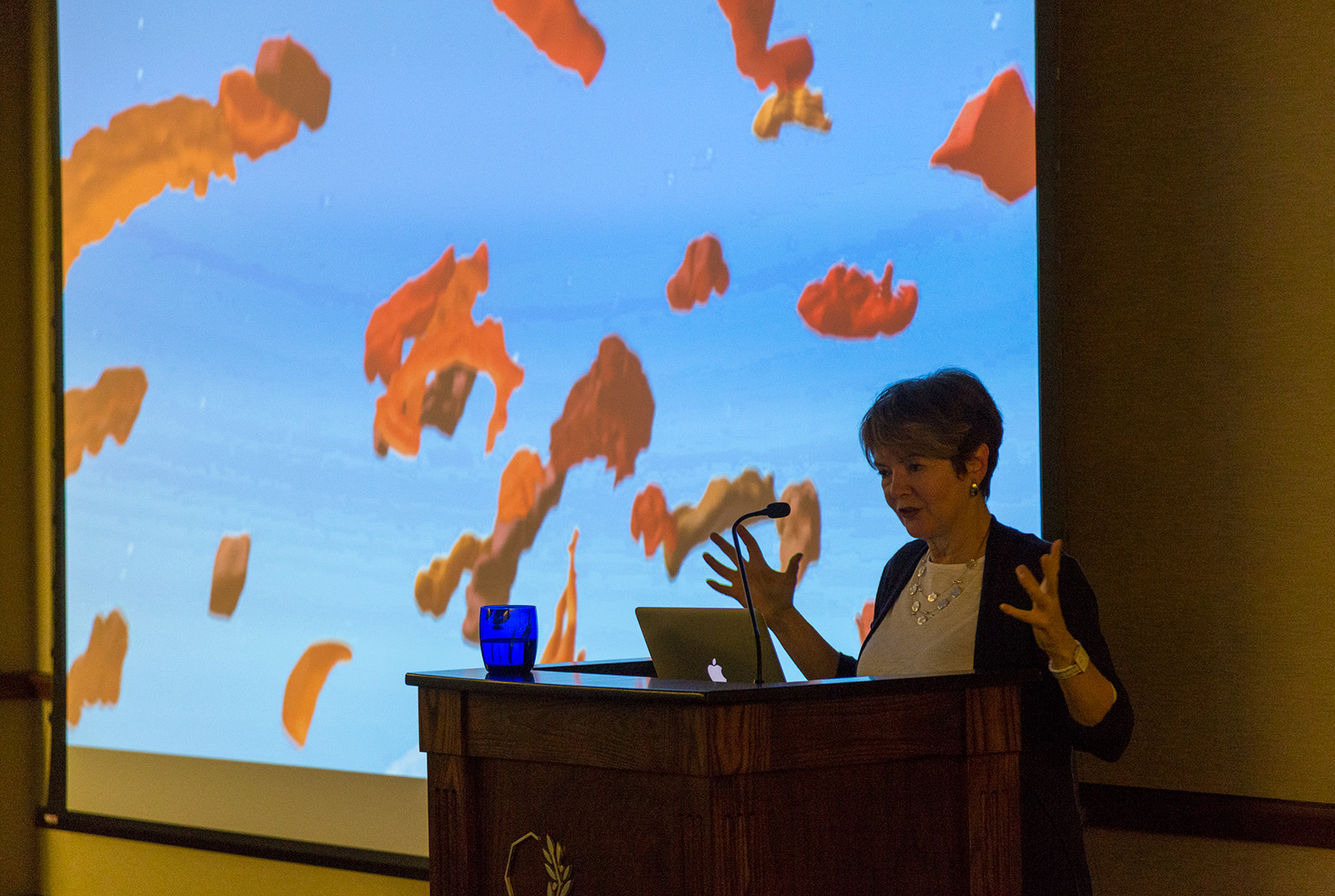 Experts from across the United States spoke at the UCLA Conference on Art, Neuroscience and Psychiatry over the weekend. The conference focused on the integration of art and neuroscience to create new therapies for neurological disorders such as autism. (Amy Dixon/Assistant Sports editor)

By Teddy Rosenbluth and Connie Zhou

Alex Khalil began his neuroscience lecture by striking a xylophone key with a mallet.

Khalil, a professor of neurocomputational ethnomusicology at UC San Diego, and other experts from across the U.S., spoke to an audience of doctors and psychologists at the UCLA Conference on Art, Neuroscience and Psychiatry this weekend. The conference, hosted by UCLA and the Los Angeles County Museum of Art, focused on how art and neuroscience can work together, such as in musical therapy for patients with autism, said Andrew Leuchter, a professor of psychiatry at UCLA and co-chair of the conference.

“(Integrating the arts in neuroscience) not only brings in the cognitive aspect of the human brain, … but also the emotional and aesthetic aspects,” he said.

Instead of only focusing on visual arts like the first ANP conference, the second conference investigated the intersection between neuroscience and other fine arts, such as music, said Britt Salvesen, department head and curator of prints and drawings at LACMA.

Although there are significant differences between the hard sciences and the arts, both artists and scientists work in an experimental manner and learn from trial and error, Salvesen said.

Leuchter said another purpose of the conference is to encourage dialogue between artists and neuroscientists.

Khalil said he is researching how music can help treat people with autism. Autism is characterized by a difficulty in social communication due to problems integrating and processing various sources of information, according to the National Institute of Health.

He said a traditional style of music called gamelan is used in Indonesia as therapy for children with autism, whose brains still possess a greater amount of plasticity. Khalil added the communal nature of gamelan allows children with autism to socially interact with peers without having to speak.

“No one person plays the melody (in gamelan) … (it) is special in that it focuses on interpersonal interaction,” Khalil said.

Khalil said playing in an ensemble helps children with autism practice integrating sensory, tactile and auditory information, which is important in social situations where people with autism are expected to interpret verbal cues and gestures.

CJ Shiloh, a music therapist at Annapolis Music Therapy Services in Maryland, said she uses similar methods in her private practice to help clients with autism. She said her typical sessions include playing a duet on the piano and practicing pattern sensory enhancement, a form of therapy in which the patient hits a drum while the therapist moves it.

Like gamelan, these therapies help patients integrate and respond to many sources of information, Shiloh said.

Speakers at the conference also talked about the history of discrimination against individuals with neurological disorders like epilepsy.

Epilepsy is a chronic condition of the brain characterized by a tendency to generate seizures, said Jerome Engel, a UCLA professor of neurology and neurobiology.

He said various cultures have historically perceived individuals with epilepsy as receiving a divine punishment from God or being possessed by a demon.

It was not until the 18th century that scientists characterized epileptic seizures as symptoms of brain dysfunction, Engel added. Compared to other neurological disorders, epilepsy is still often underfunded in research and misunderstood by the public, he said.

Leuchter said future conferences will explore the intersection between neuroscience and other forms of artistic expression, such as creative writing, dance and film.

“There are so many topics that we haven’t looked at that we would love to look at for next year,” he said.