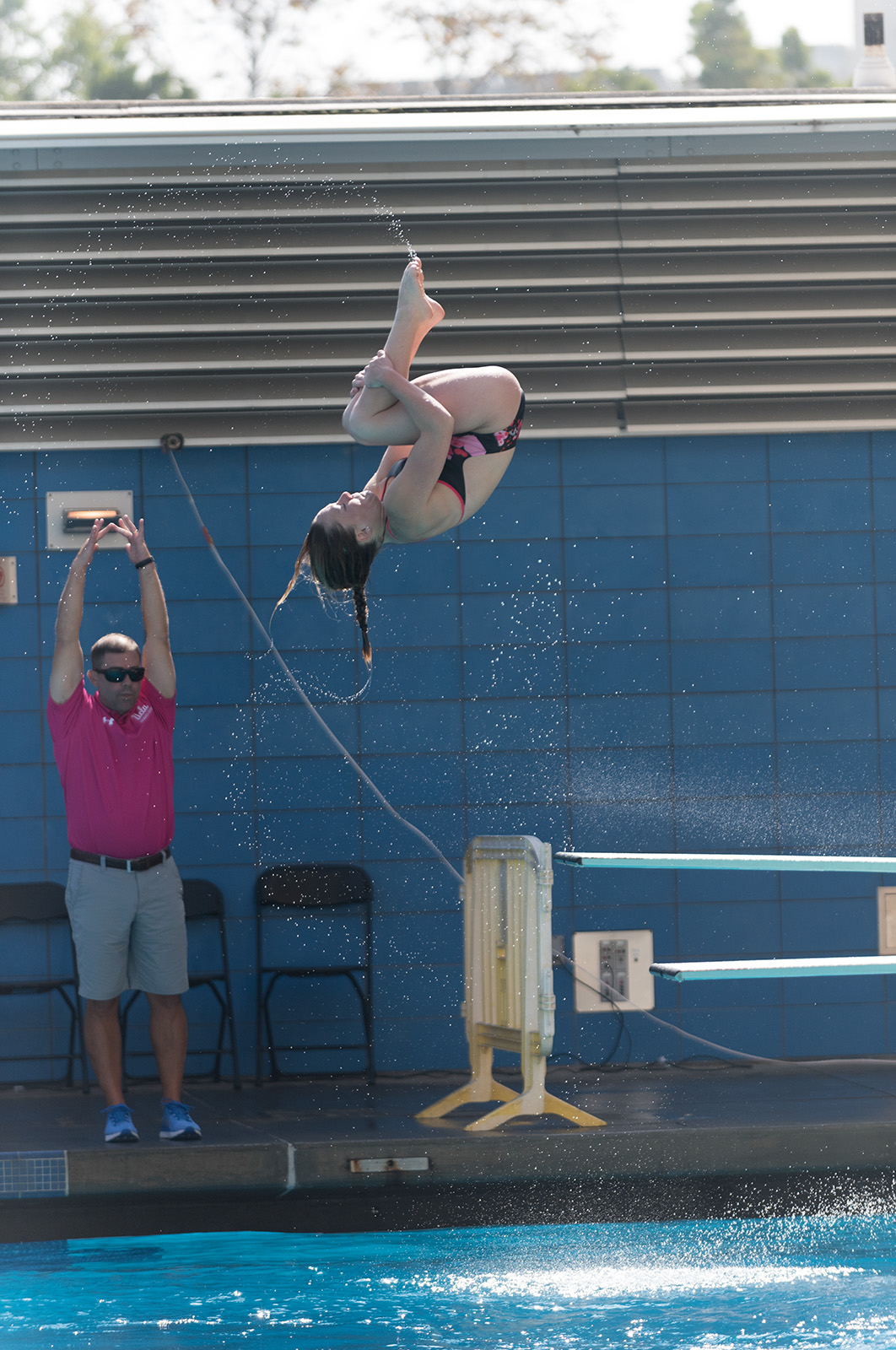 UCLA diving won two of its three events in this weekend’s meet.

Senior Ciara Monahan and junior Eloise Belanger took first and second place Friday in the 3-meter springboard competition with scores of 578.45 and 573.90, respectively. Monahan also won the 1-meter competition Saturday with a score of 549.40 and attributed her success this week to a different, more relaxed mindset.

“You learn to have fun, trust whatever you’re doing at practice and relax and be confident in the work that you put in,” Monahan said. “And by doing that, (the work) was able to show in meet, so that’s really awesome.”

Diving coach Tom Stebbins said he was especially pleased with Monahan’s performance in the 1-meter competition, where she narrowly edged out USC’s Carly Souza and San Diego State’s Alexandra Caplan.

“(Monahan) just had just a little bit more than the other two and separated herself a little at the very end,” Stebbins said. “I thought as a whole, the group was very competitive, just how they tried to manage themselves and how they tried to attack their dives.”

This was also the first opportunity for the Bruins to compete on platform this season, where junior Traci Shiver took third place with a score of 473.50 to cap off the weekend.

“It felt really good to get back up there and do my dives again,” Shiver said.

After winning three of the four events at Arizona and Arizona State last week and top-three finishes in all three events this week, Stebbins said the team is starting to hit its stride.

“We have a lot of work, that still has to be done,” Stebbins said. “But for where we are at this point in the season I’m really pleased with what I’m seeing from everybody.”

“The one thing I thought we’d have to be better at was definitely going into the water,” Stebbins said. “I think that we’ve got to find a way to be cleaner. The dives are good, I just don’t think we’re finishing quite as strongly as we need to and we’ll address that in the next couple of weeks.”